A homicide investigation has been launched following the death of a 29-year-old man in Rakaia on Wednesday.

Police were called to the small rural property on Gardiners Rd at Pendarves, northeast of Ashburton shortly after 9am.

Said Detective Senior Sergeant Richard Quested: "The man had sustained an injury and died at the scene. Police are working to establish the circumstances surrounding his death." 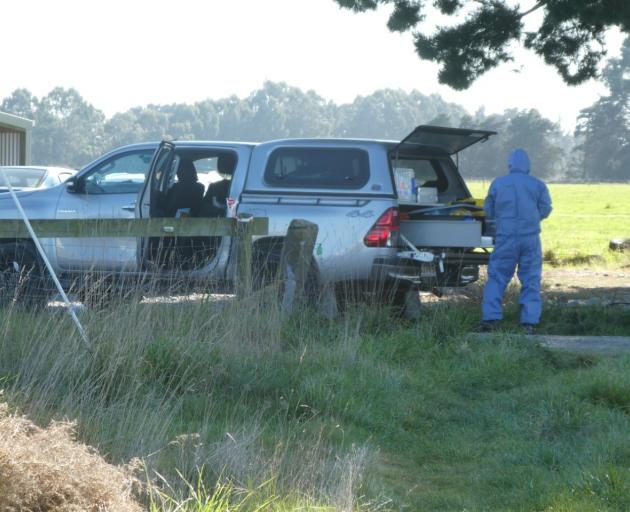 Forensic team at the Rakaia property where a homicide occurred. Photo: John Keast

Stuff are reporting the man was a dairy farm worker who was found dead in his bed with what appeared to be a gunshoot wound, after failing to show up for work.

Forensic staff who were at the scene on Thursday, concentrated on the larger of two cottages at the property, about 8km east of Rakaia.

The area is predominantly dairy farming.

Several people came and went from the property this morning, and at one point a covered trailer was backed on to the site.

The cottage of interest was taped off and police are stopping anyone entering the property, which is near Action Rd, the main road from Rakaia to the Rakaia Huts.

Do you know more? Email sophie.cornish@starmedia.kiwi 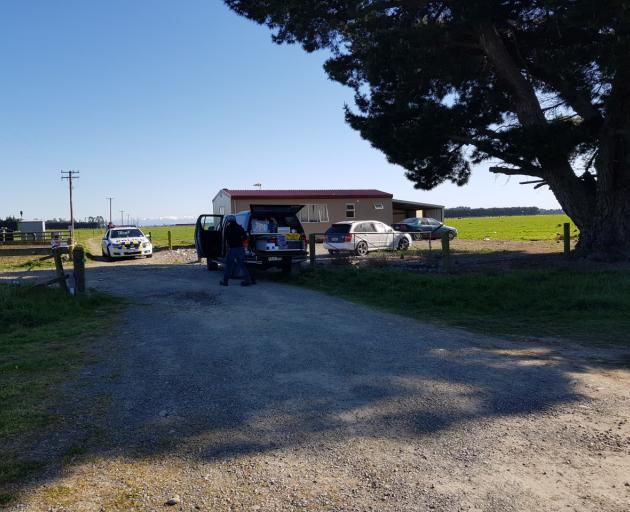 Police at the scene of a homicide investigation in Rakaia. Photo: John Keast
Mayor Donna Favel said she had yet to be informed of the situation when asked by Star News.

"This is the first I am hearing about it actually," she said.

Anyone with information on the matter is asked to contact Police on 105.