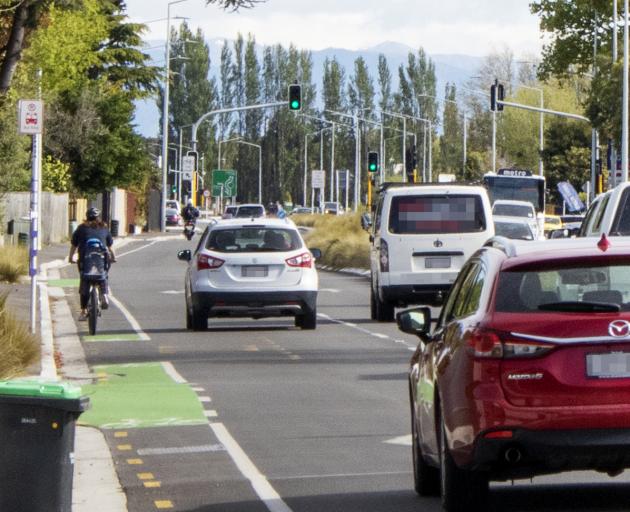 A 2017 road safety audit of Cranford St was especially concerned about a possible collision between a cyclist and a truck. Photo: Geoff Sloan
One of the Christchurch’s most congested rush-hour routes has been revealed as a likely death trap - and a bid is being made to make it safer.

The Papanui-Innes Community Board is now in talks with the Christchurch City Council to see if the risk on Cranford St, mentioned in a road safety audit four years ago, is still a potential problem.

The 2017 audit states the risk of a collision between a cyclist and a truck is especially concerning in the stretch of Cranford St between McFaddens Rd and Innes Rd.

City council traffic data shows the average daily traffic in its most recent July count to be 24,741 vehicles. The current speed limit for the area is 50km/h.

St Albans resident John Allen has raised his concerns about the 2017 audit to the community board.

“If I were you I would be reducing the road to 40k until you sort this data out because it could result in the death of a cyclist,” Allen said.

Board member Pauline Cotter said the audit Allen was concerned about was four years old, and the situation may have changed.

“We’ve asked staff for information on the most recent safety audit.” 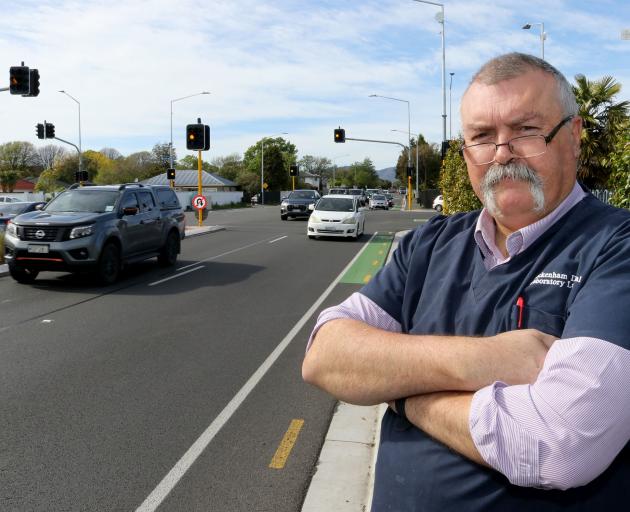 John Allen has spoken to the Papanui-Innes Community Board about road safety on Cranford St. Photo: Geoff Sloan ​
The board was open to taking action, including by introducing a speed limit change if it was recommended, she said.

An update on the situation was expected at the next board meeting in two weeks.

The 2017 audit stated while the probability of a crash occurring was assessed as “occasional”, the likelihood of a crash being serious or fatal was “very likely” due to narrow road and cycle lanes.

The audit recommended the width of the median island be reduced from 1.8m to 1.2m “to increase the width available for cyclists and traffic”.

However, the audit also noted a median of 1.8m was a consent condition of the project and that recommendations were not prescriptive.

“Bottom line, council staff knowingly applied for a resource consent with a road that is unsafe in its design. It’s not wide enough,” Allen said.

City council head of transport Lynette Ellis said the width of the median was needed to provide space for people to cross the road.

“The cycle lane is narrower than we would generally provide, however, it is a compromise with the available space,” Ellis said.

The city council expected most cyclists in the area would use alternative cycleways.

Allen said roads should be safe for all users and this was a cop-out.

“It’s the most deficient road in Christchurch from a safety perspective,” Downard-Wilke said.

He did not think reducing or eliminating the median strip was the answer, as this served a useful safety function, but suggested one of the road’s four lanes could be removed instead.

Meanwhile, concerns​​​ have also been raised about traffic safety in Hoon Hay: