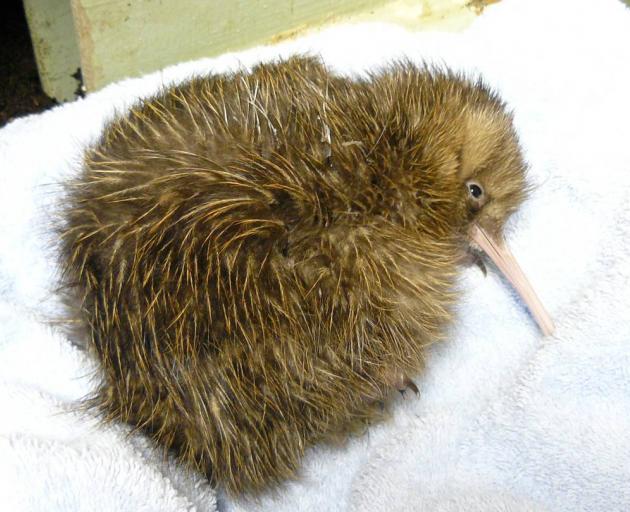 One of the three rowi kiwi chicks relocated to Nelson. Photo: Lizzy Sutciffle, DoC
Three kiwi chicks were given their first taste of flight as part of a relocation project in the Marlborough Sounds.

The rowi chicks were safely relocated from Willowbank Wildlife Reserve in Christchurch to their new home on Motuara Island by DoC and Willowbank staff on Tuesday.

With a short flight to Nelson from Christchurch, departing shortly before 1pm Air New Zealand says they arrived in time for lunch and were being prepared for transfer to the predator-free island in the sounds.

The live taonga were too precious to relocate as cargo. The chicks were allocated a seat each on the Bombardier Q300, in their translocation boxes.

The three rowi chicks, which were part of Operation Nest Egg, had outgrown their creche in Christchurch. Approaching adolescence, the birds would spend the next few years in the Sounds before being transported on to Ōkārito in South Westland, where they would be released into the wild.

DoC ranger Iain Graham, who accompanied the chicks, said the three birds were hatched from eggs found in the wild, and were ready to be released into an open reserve on Motuara.

"Once the chicks have grown to a weight of between 1 to 1.2 kg they're big enough to defend themselves from stoats. They can then be returned to the wild through this important partnership with Air New Zealand," he said. 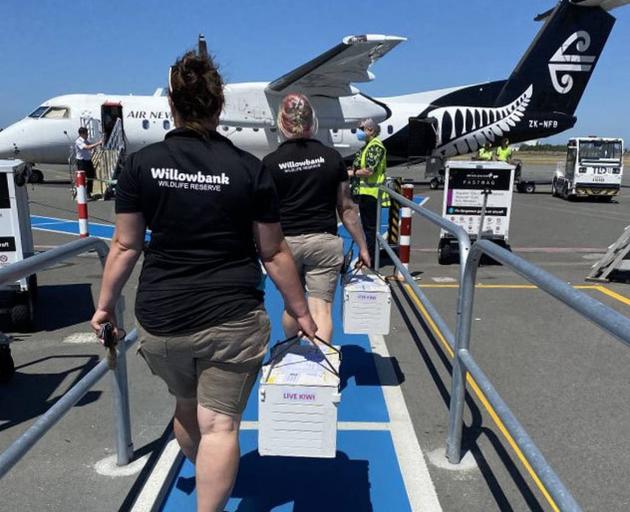 The partnership has involved a range of projects. On top of translocations the airline and conservation body have helped with trapping and biodiversity projects across the Great Walks network.

"We take this responsibility seriously and are so grateful to be partnered with DOC to support them in the amazing work they do," said Meagan Schloeffel, Air New Zealand's head of sustainability.

Rowi are New Zealand's rarest kiwi species, with an estimated population of 500 birds, out of the total 68,000 population.