By Susan Sandys
0 Comments
All his friends have been vaccinated - but Ruben Johnson has been avoiding it until now.

The 15-year-old got his first Covid-19 jab yesterday, from Rene van Eck, at a walk-in mobile clinic at Haeata Community Campus in Aranui.

“A little, not that much,” was Ruben’s assessment of how much the needle hurt.

He was glad to be a new sign-up to the nationwide immunisation campaign, for the simple reason that now he "might not get Covid".

Ruben’s mother Justine, a teacher at the school, brought her son and his 14-year-old sister, India, who both go to Papanui High School, in to get their first jabs. 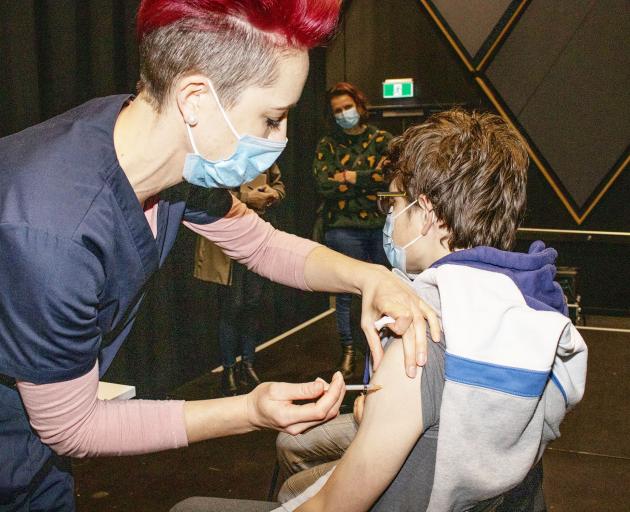 Rene van Eck gave a vaccine jab to Ruben Johnson. Photo: Geoff Sloan
While India had been on board with the need to be vaccinated, Ruben took some convincing due to his dislike of injections.

The two teenagers were among 16 people vaccinated at the Haeata clinic, which was open from 11.30am-2pm yesterday.

Whanau Ora Community Clinic clinical lead Mani Beniwal said she believed the low turnout was due to the poor weather and school holidays.

Whanau Ora is now planning a clinic each week at the school in school hours, noon-2pm, over the next three weeks.

Beniwal said the aim was to attract Haeata Community Campus students and their families who had not been vaccinated.

Jadah Coffin, head girl at Haeata, was supported by fellow student Isabel Froom as she got her second jab at the clinic yesterday. 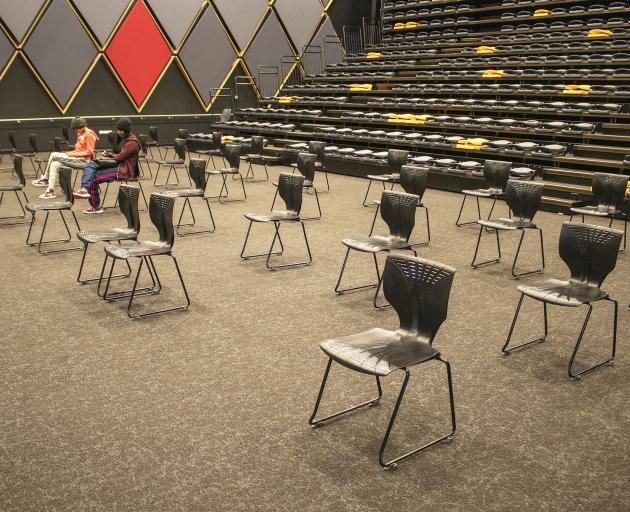 The empty waiting area at the Haeata Community Campus vaccination clinic. Photo: Geoff Sloan
Like Ruben, all her friends were on board with being vaccinated.

Nevertheless, Jadah was aware the school’s catchment area had one of the lowest vaccination rates in the country.

She believed this was more to do with access issues than resistance. Single parents and other busy members of the community could find it difficult to get to vaccination clinics, she said. 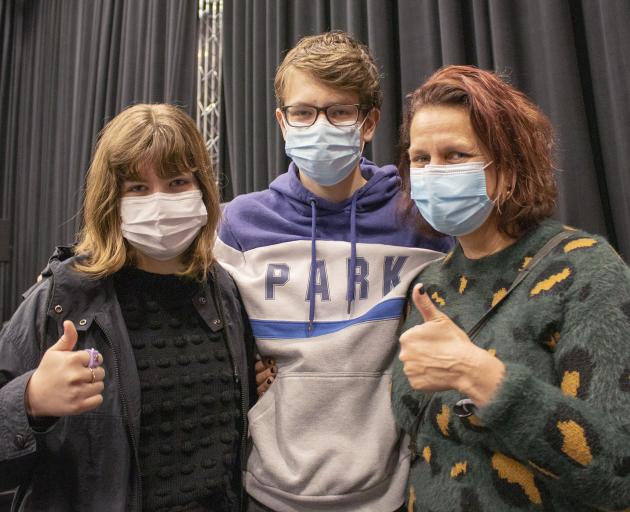 India and Ruben Johnson, with mother Justine, were among 16 vaccinated at Haeata Community Campus yesterday. Photo: Geoff Sloan
East Christchurch has one of the country’s lowest vaccination rates.

Wainoni is among the bottom 10 suburbs in New Zealand, with 70.2 per cent of residents having had a single dose.

And Aranui is the least vaccinated suburb in Canterbury, with 59.7 per cent having had their first dose.