Miriam's chance to speak out 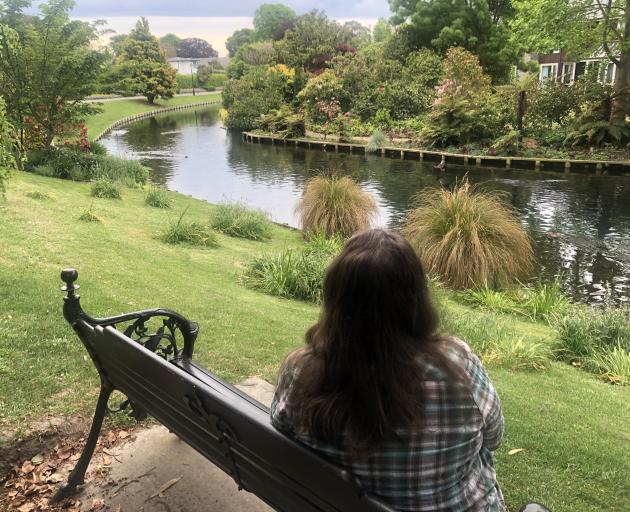 Christchurch woman Miriam was denied the chance to share her story in front of the select committee for the Abortion Legislation Bill.
Miriam was just like any other 20-year-old in the 1980s.

But, after being told by her doctor she was unable to conceive, she fell pregnant.

“The unthinkable happened and at 20 years of age I fell pregnant to a young man who was bordering on alcoholism,” she said.

Like a lot of other young women her age, Miriam’s biggest fear was what her parents would think.

“My mother was very supportive of whatever decision I made. I couldn’t bring myself to tell my father and swore my mother to secrecy.”

Now in her 50s, Miriam wanted to share her story in front of the Select Committee for the Abortion Legalisation Bill, designed to hear the views of the New Zealand public.

But she was denied the opportunity, along with 95 per cent of submitters who wanted to speak.

In August, the first reading of the Bill passed overwhelmingly in Parliament, with 94 votes to 23 votes.

Abortion is described as a ‘conscience issue’ meaning MPs are able to vote independently, free of their party.

The Bill still has two more readings to complete before coming law.

The select committee, which must present its findings to Parliament before February 8, confirmed earlier this month it had received 25,000 written submissions on the proposed Bill.

The committee previously said it would be highly unusual to hear all of the submitters and that the quality of the input, not the speed of the process, was the only consideration.

It said it ensured all major organisations and different perspectives were heard and invited submitters from a range of industries such legal experts, medical professionals, faith-based organisations, national bodies, and individuals.

In comparison, the End of Life Choice Bill, which aims to legalise voluntary euthanasia, received a record 35,000 submissions last year, while same-sex marriage legislation in 2012 had 22,000.

Unable to share her story to the committee, Miriam spoke to The Star about her choice to terminate her unborn child and her struggle of failing to conceive again and have any children of her own.

At a late stage, 12 weeks along, Miriam said she made a rushed decision to terminate her baby upon pressure she felt from a medical clinic to decide what to do.

“I needed to make a decision quickly. I felt pressured. Driving with my mother to the abortion clinic I still had thoughts of calling it off.”

Miriam described the “long and uneasy silence” among the other women waiting at the abortion clinic.

“Who could feel comfortable in this place? We’re all there for the same reason. We’re all suffering in one way or another with the decision we’ve made.”

Miriam later admitted her experience was a “terrible mistake.”

“I was afraid I wouldn’t be able to cope. There is nothing easy about abortion because life is being taken away.

“In speaking to my mother later, she told me that she had spoken to Dad about it. His only words were: ‘What a selfish thing to do.’ I hadn’t even considered his feelings as the grandfather of that child. I wish I’d told him. I wish he’d told me how he really felt.

“The father of the child was distraught. His parents were extremely angry at me. I didn’t get it. Now I do,” she said.

Years later, Miriam went through counselling and married in her late-30s.

“I never thought I wouldn’t have children.”

After several years of marriage without being able successfully conceive, Miriam found out she was sub-fertile and her husband had a low sperm count.

Later, she was diagnosed with cancer in her uterus and tried to refuse treatment, in the hope she would still fall pregnant. Eventually, she said she had no other choice but to undergo a hysterectomy.

“I looked into the possibility of adopting children, but it was too late for us. Because my husband is several years older than me, we were now considered too old to adopt in New Zealand.”

Miriam hoped when making her oral submission, that she could tell the committee she believes it has a responsibility to make balanced and well-informed decisions on behalf of its constituents.

“Especially when the decisions you make affect the life and death of human beings like yourself. We need to start thinking about the value of the life of each and every unborn child, the future they might have, and the responsibility we have to them as consenting adults in the first place,” she said.

What is the Bill and what will it mean?

•Currently, abortions are available in New Zealand but the procedure sits under the Crimes Act, a law which dates back to 1977.

•In order to undergo an abortion, two certified medical consultants both must agree to terminate the pregnancy on the grounds that failure to do so would pose a serious danger to a woman’s mental or physical health.

•Currently, about 98 per cent of abortions are performed under the mental health clause.

•The new Bill seeks to have abortion services provided like other health services and would remove the current legal requirements for authorising an abortion.

•The new Bill would allow a person to refer themselves to an abortion service provider, unless the person was more than 20 weeks pregnant, then a health practitioner would be required to give authorisation through a statutory test.

•For the test, the health practitioner will have to reasonably believe the abortion is appropriate with regard to the pregnant woman’s physical and mental health, and well-being.

•The Abortion Supervisory Committee will be disestablished under the new laws.

•The new Bill would also allow 150m safe zones to be established around specific abortion facilities where previously people have been harassed.

•It will still be illegal for an unqualified person to try to perform an abortion, and causing the death of an unborn child by harming a pregnant woman will remain an offence.

•Medical practitioners who don’t comply would face consequences from their medical bodies, rather than under the Crimes Act.

•The process for practitioners who conscientiously object to providing abortion services will also be amended.

•Health practitioners must make it clear when advising people who are considering or have had, an abortion, that counselling services are available.