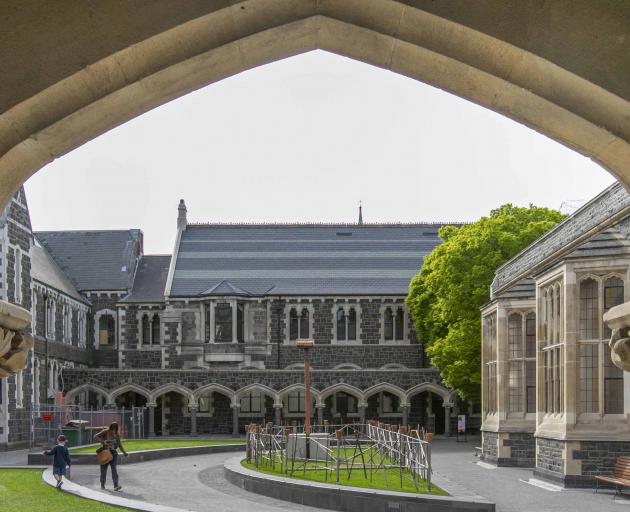 The Arts Centre. Photo: Supplied
Mayor Lianne Dalziel has floated the idea of rolling out a targeted rate which would be used to preserve the city's heritage.

The targeted rate would charge each household the same.

The money would then be used to establish a fund which would only be put towards the repair and maintenance of the council's tangible and intangible heritage, ringfencing the money and protecting it from the tug of war between projects and assets that can occur when the council arranges its budget.

Dalziel said this was an opportunity to look at funding the buildings the city council is legally obliged to fund like the Museum and Provincial Council Chambers and the ones it is not like the Arts Centre.

She thought protecting Christchurch's heritage was especially important after losing so much of it to the Canterbury earthquake sequence.

"We have lost so much with the earthquakes and now you just look around with what we have managed to retain, there is real value that sits in the retention of our heritage," she said.

"It is not just a financial value, you can't put a price on the memories that they invoke and the experience of having those kind of sites in our city."

While the majority of the rates bill residents across the city council's jurisdiction are charged is determined by property value, there is a relatively small fixed charge called the uniform annual general charge. This charge is currently set at $132 and is added on to the overarching rates bill of all properties regardless of their value.

Dalziel is wanting to formally consult the public on this in the Long Term Plan which will go out for feedback in March.

City council staff are currently calculating how much the targeted rate would cost ratepayers and for how long it would be needed.

The same approach has been utilised in a variety of different areas, including the Christ Church Cathedral.

Since 2017, ratepayers have been charged an additional fee on top of their overall rates bill to help pay off the $10 million grant the city council made towards the reinstatement of the cathedral.

This financial year the city council is charging each ratepayer $6.52 to help pay off the grant.