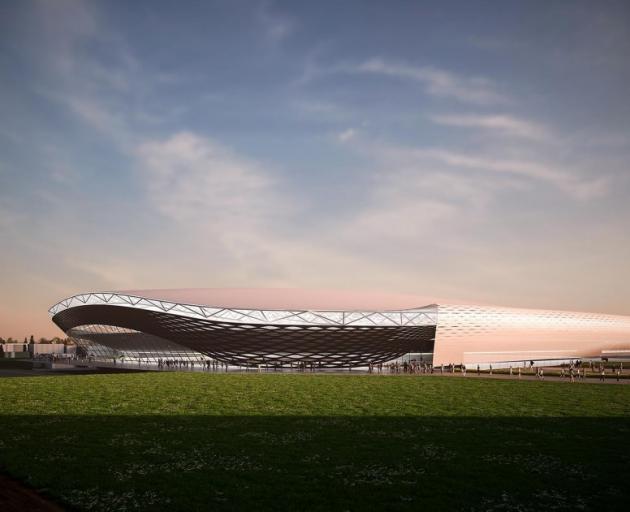 The Multi-Use Arena is proposed to go in the central city.
If Cantabrians want a great sports stadium, look to what has been built in Sydney.

The Bankwest Stadium in Parramatta is a superb example of what a sports stadium should be.

That’s just about right for a city the size of Christchurch.

Bankwest isn’t enclosed; but the seating is undercover and designed in such a way that you don’t get soaked when it rains.

So we don’t need a costly roof – and in my view the elements should be a factor in a football match, no matter what the code is.

Bankwest also has a $A1 million underground drainage system which can suck water out of the field, so matches can be played even after heavy deluges.

It is modelled on those used at a number of European golf courses in order to dry fairways and greens for play to continue after severe downpours.

The seating is steep so that you are close to, and on top of the action on the field, whether it be rugby league, union or football.

And that is what fans want. You are so close you can hear what the players are saying
and you can feel the force of tackles.

Bankwest is the home to the Parramatta Eels, a once powerful league club, now getting back to what they once were.

They have made the NRL’s elimination semi-finals this weekend on the back of a record-breaking win over the Brisbane Broncos at Bankwest, where the support from the parochial crowd is said to have helped fuel that result.

At Bankwest’s peak of construction about 400 people were on site each day to deliver the project and more than $A60 million was spent in construction goods and services sourced from Western Sydney businesses.

That’s a tip for what should happen here in terms of Canterbury businesses. A money-go-around so to speak.

There’s been far too much mucking around since the earthquakes over a stadium for Christchurch. The sooner we get one the better.