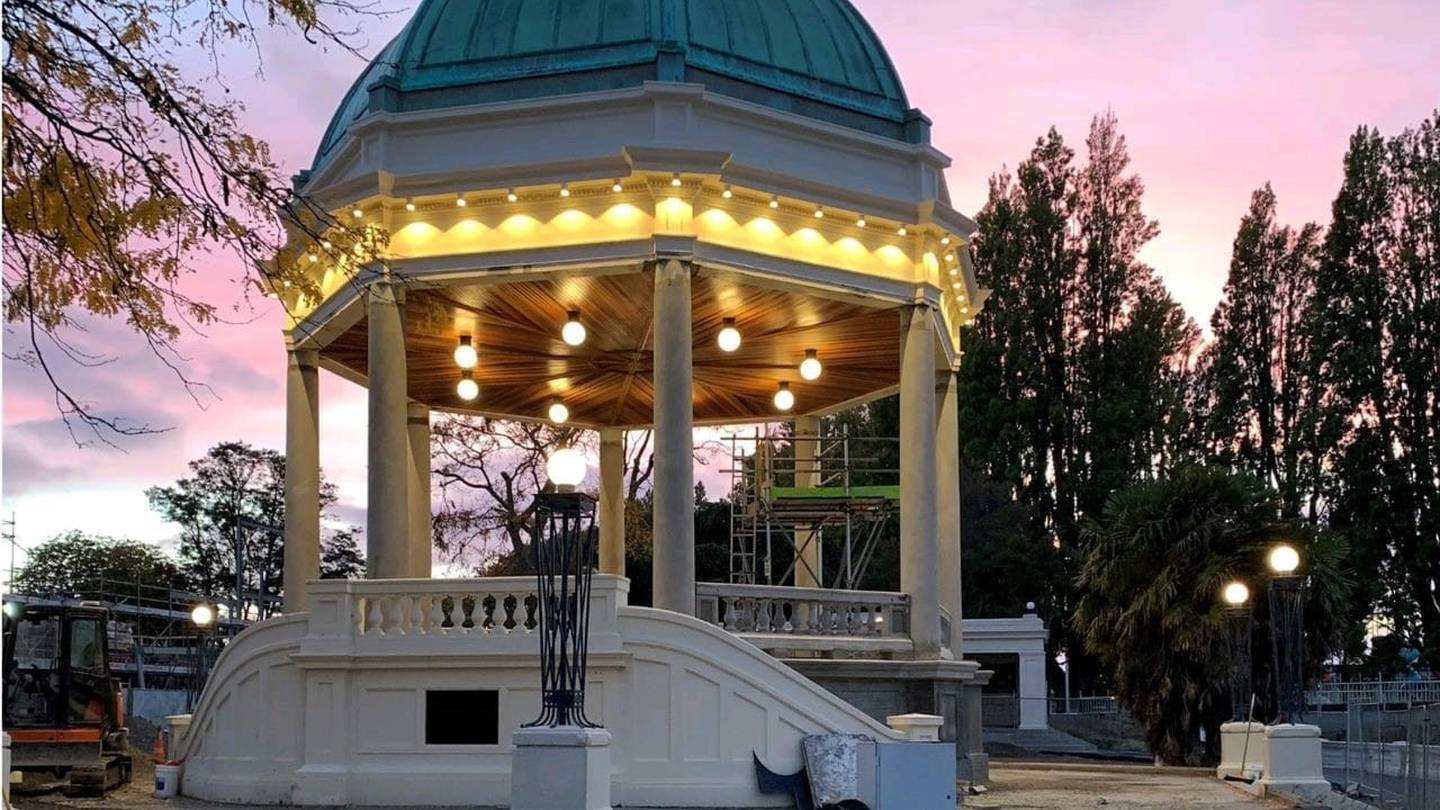 The Thomas Edmonds Band Rotunda is open. Photo: Supplied
After years of sitting idle while Christchurch's city centre was being rebuilt, a historic piece of the landscape has nearly been fully restored.

The restoration of the Thomas Edmonds Band Rotunda is set to finish at the end of this month.

"Additional extensive landscaping is ongoing concurrently. We look forward to the return of this iconic city landmark."

The rotunda, on the banks of the Avon, was built in 1929 as a gift to the city from businessman and philanthropist Thomas Edmonds, of Sure to Rise baking powder and cookbook fame, to mark his 50 years of business in the city.

It was badly damaged in the earthquakes and was deconstructed. 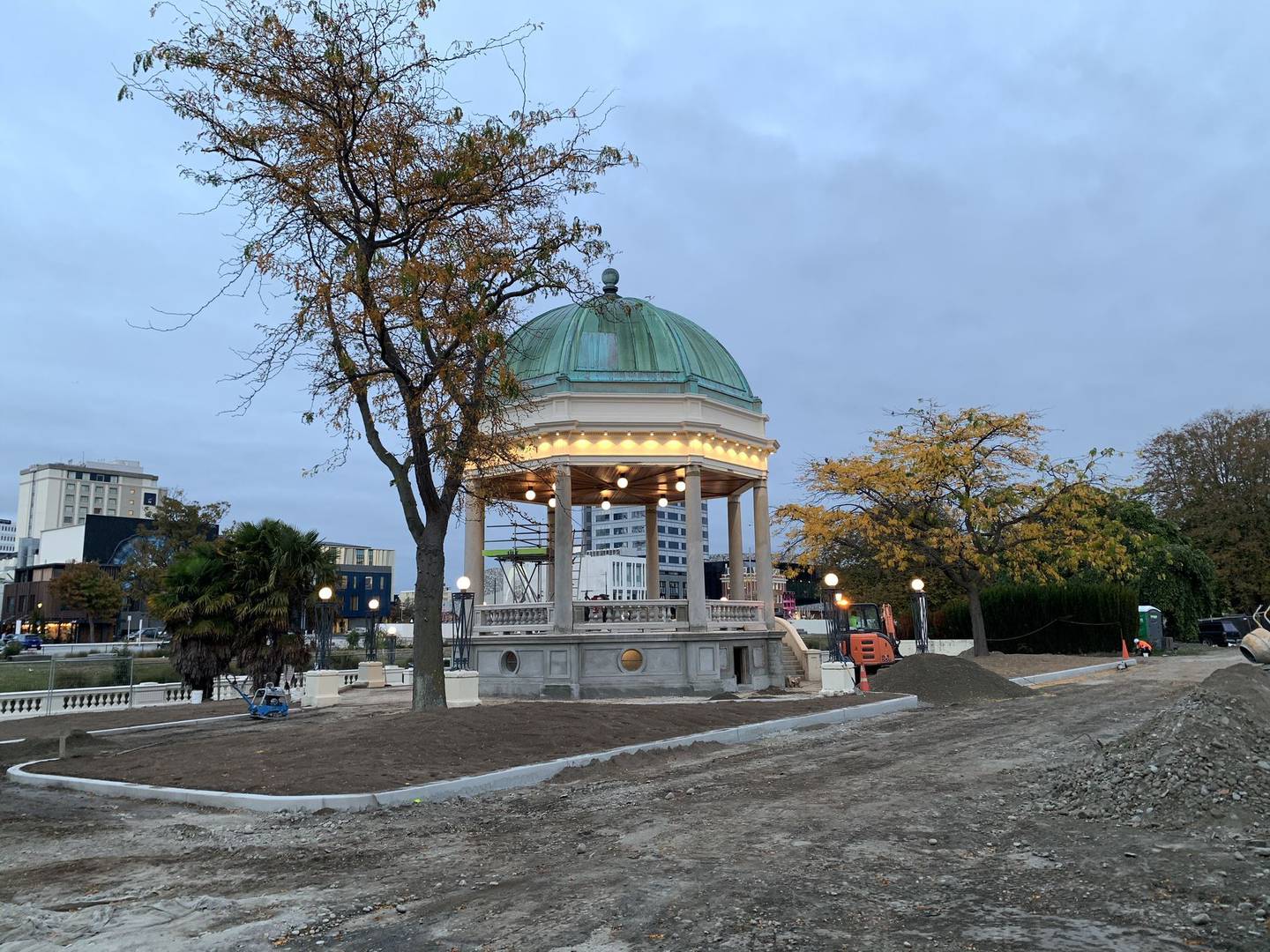 Christchurch City Council manager capital delivery community Darren Moses said the rotunda is currently in its final phases of construction and detailed finishing works. Photo: Supplied
The Christchurch Earthquake Appeal Trust granted $1 million towards the $1.5 million restoration, which included adding lightweight roll up panel screens to enclose it and protect it from the weather.

The reinstated rotunda will reopen as a space that can be used for performances, wedding photos and as a sheltered place where people can sit and relax, a council spokesperson said.

In November, the copper-sheathed dome was put back in its rightful place.

The dome, which weighs more than 80 tonnes, was carefully craned back on to the rotunda.

The dome was taken down for safekeeping while plans were drawn up for the restoration.