Selwyn residents may be asked to help fund the cost of building the proposed Te Kaha Canterbury Multi-Use Arena, as a $150 million budget blowout takes the cost to $638 million. Reporter Susan Sandys took to the streets to gauge what people think. 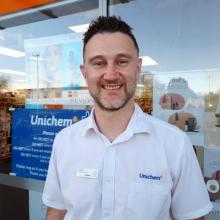 Chris Leggett.
Chris Leggett, 41, pharmacist, Rolleston
I would go to sporting events, I would go to concerts there, because it’s covered and you can keep dry, it’s common sense. Distance-wise it’s not much difference me paying for the Darfield pool and library, my rates go to those. I don’t think you would have to be very smart to see it (the cost blowout) was going to happen. It’s been delayed for many years. Stop being dumb, get stuff done.

Erin Griffiths, 46, receptionist, West Melton
I went to the rugby on Friday night (June 10), so it would have been nice if it was under cover. I think it would be a great thing for the whole area. We would be happy as a family to put towards it, because I think you could have so much in there. We often miss out on concerts and those sorts of things and you have to go further afield to see them. That does seem a substantial blowout, the question is why is it such a big difference. 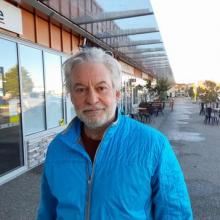 Peter Curran.
Peter Curran, 62, property manager, West Melton
It’s a no-brainer, build it. It’s a regional asset, and stadiums in general are generational assets. Sport is heart and centre of New Zealand’s culture, particularly in this region. Compromises were made in building the Wellington stadium, we should do it once, do it properly, so it will last a long time. This won’t be the last cost increase, it’s common to everyone doing building projects at the moment.

Karen Deans, 62, sales representative, Leeston
I suppose we are going to use it the same, so I don’t see any reason why we should not support it. I don’t understand how they can make a budget blowout like that, if you do a budget for a house you can’t blow it out by that high percentage, nobody is going to be happy about it. 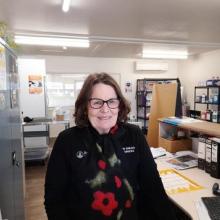 Phillida Gordon.
Phillida Gordon, veterinary nurse, Greendale
I think Christchurch desperately needs a stadium that is multi-purpose. Christchurch showground does not have a covered grandstand, there’s no weather protection. If you had something you could promote for not just rugby, but other events as well, I would be happy to put money towards it. (The cost blowout is a) sign of the times. There has to be consultation with ratepayers so we can see what we are getting.

Jan Stewart, retired, Sheffield
Apart from it being blown out of the water in terms of budget, we do need one. We all would like to go to see things there. I think we should contribute. It should have been completed by now. 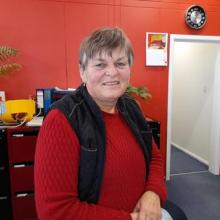 Carole Van Leeuwen.
Carole Van Leeuwen, 65, receptionist, Darfield
I would agree with it, but Selwyn District must be able to put some claim on it too. When they have big events and there’s not a venue here for Selwyn district, they are able to use the stadium too. I think it (the cost) is a ridiculous amount, but at the same time I think we need a venue, it’s just a sign of the times. If they hadn’t of mucked around so long, then the cost would not have been such a big blowout.

Lydia Gliddon, 36, sales, Sheffield
I think it’s a good thing for Canterbury, it can bring so many people into the district. So many people from here go in and watch the rugby and concerts. Before they put it to the district council, they need to finalise how much it is going to cost. Then you can tell the ratepayers how much it is going to cost them, because things are tight for people. 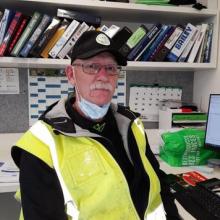 Bill Cook.
Bill Cook, 58, store manager, Rolleston
I think it’s long past due, it would be a good thing for Selwyn. The more people you draw into the area, the more people are going to travel out of Christchurch, and look for things to do. I don’t think anybody could have foreseen what’s happened in the last couple of years with the cost of building materials and everything else. I don’t think there’s a lot you can do about it, if you want the stadium you are going to have to fork out the money.

Steve Watts, 33, butcher, Leeston
I think Christchurch needs it, I don’t mind (if Selwyn ratepayers contribute). There’s a lot of rugby fans out here, and it’s a good opportunity to have some world class musicians playing here. Although I think people have forked out enough money and the question should be asked ‘Where does all our money go?’ That cost is pretty typical of any council operation. 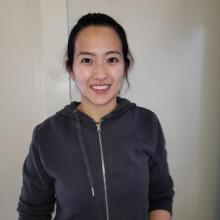 Celine Ling.
Celine Ling, 35, takeaway shop owner, Leeston
We stay here, we don’t go there, there’s no point. I don’t go to Christchurch very much. The professionals who oversee how much it should be, it should not be last minute, the cost should not be changing. It should all be on the plan. It could change again, so stick with the original plan and be really firm on it.

Rick Sun, 39, dairy owner, Prebbleton
We had one and it was demolished, why are we going to build another one? Materials for construction have gone up in price. They can play rugby anywhere in Christchurch. We may have another earthquake who knows, so if they build another one and the same thing happens, that’s like a waste of money. 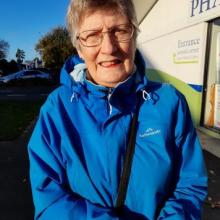 Kathleen Scott.
Kathleen Scott, poet, Lincoln
I don’t think we can afford it, and I think Bromley ought to be dealt with first before we think about a stadium. I hope they don’t (ask Selwyn ratepayers to contribute), I would probably protest vigorously about it. I can’t understand the cost, some of the accountants have probably got on the wrong glasses or something. I think they are trying to panic people into it.

Eleonore Dumaine, 52, office manager, Lincoln
We have got other priorities to spend money on, especially at the moment. I think we need to invest in our health care system, and crime prevention measures. Rates have increased, and I don’t want them to increase again. I think generally the budget isn’t well planned, it feels like it isn’t the first time there’s a blowout. I know in the construction sector it happens a lot, but all the more reason not to go ahead with this project. 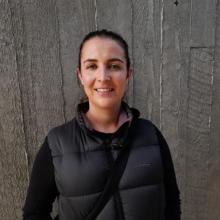 Jamee White.
Jamee White, 34, merchandiser, Rolleston
I can understand if I was in Christchurch but because we are part of Selwyn I don’t think we should be contributing to that. I don’t think that’s very acceptable. In general I do support the stadium, so Canterbury gets to experience more sports coming here and entertainers coming here.

Lisa Grant, 43, sales support manager, Rolleston
I think it’s fine if they build it, but I don’t want to have to pay for it. I don’t go and watch any rugby games. We already pay for enough out here. It (cost) is just out of control. It’s in the Christchurch city area, there’s enough people living in Christchurch to pay for it. We have paid for the new library and sports centre out here, everyone is allowed to use those facilities, I don’t believe Christchurch has helped pay for any of that. 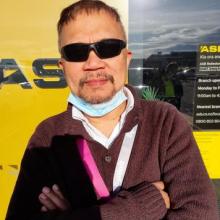 William Tayong.
William Tayong, Synlait shift leader, Rolleston
A big no. I was shocked when I saw it on the news (about the
cost blow out). I thought it was a waste of money. There’s lots of things to focus on. We already have a stadium (Christchurch Arena), why do we need a new one.

Gayle Hicks, 67, retired, Rolleston
I think it’s good, but why should we, we are not in Christchurch, we are in Rolleston. It would be nice to have an undercover stadium, I would go to see concerts and sports matches. The cost is ridiculous. My rates here are $2000 dearer than they were when I was in Christchurch. I came here from Avondale three years ago.