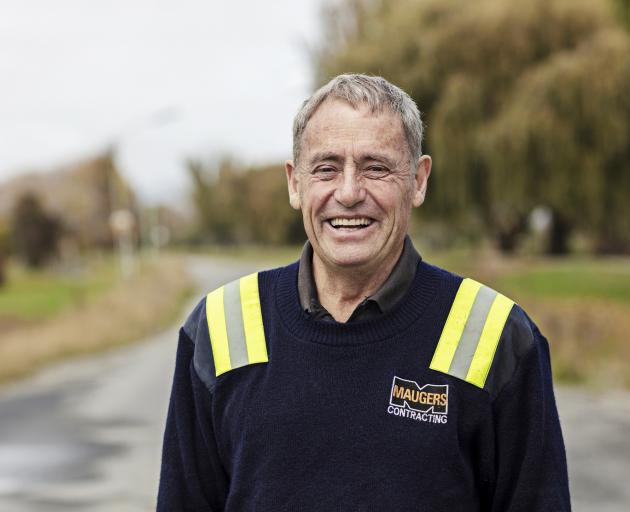 "I'm feeling quite surreal now I have got to stand up and do twice as much as I said I would do for Burwood and the city."

"We have got to prioritise the spending into the east side of town and I want to get stuck into the red zone."

Mr Livingstone, who has served on the city council table since 2010 described the loss “as a bit of a shock”  but said these things happen.

He wished to congratulate Cr Mauger for running a good campaign.

Following the loss, Mr Livingstone, who was a Presbyterian Minister for more than 20 years, said he may go back to doing work as a celebrant - but was still working through what lies ahead.

Cr Daniels said he is excited to be given the opportunity to represent where he grew up.

"I am committed and connected to the ground I walk on. It's where I grew up and where I will grow old."

He will aim to work on three main issues - repairs, rates and relationships, and says he will retain a strong presence during the next three years.

"I'll be there and people will know I'm there."

He said door knocking and standing on busy streets waving a campaign sign helped to push his votes over the line.

The 23-year-old financial advisor is one of the youngest faces to be elected into power around the city council table – she received 2282 votes defeating Anthony Rimell along with independent opponents Luke Chandler, John Connelly and Peter Laloli.

The Riccarton seat has been highly contested since Ms Buck's announcement to retire with five candidates including Antony Rimell, Peter Laloli, John Connelly and Luke Chandler.

Cr Chu said the win did not “feel real” and is excited to get around the city council table.

She has big shoes to fill in taking over from Ms Buck - who was New Zealand's youngest serving city councillor in 1975 at 19.

Cr Chu was adamant her experience in politics will make her a valuable asset.

“If I didn’t have the confidence in myself I wouldn’t have stood in the first place,” she said.

At just 20-years-old, Cr Chu was elected to the Halswell-Hornby-Riccarton Community Board.

She said while she has a lot to learn, she is well aware of city council processes having attended meetings or watching the city council meetings on the live stream. 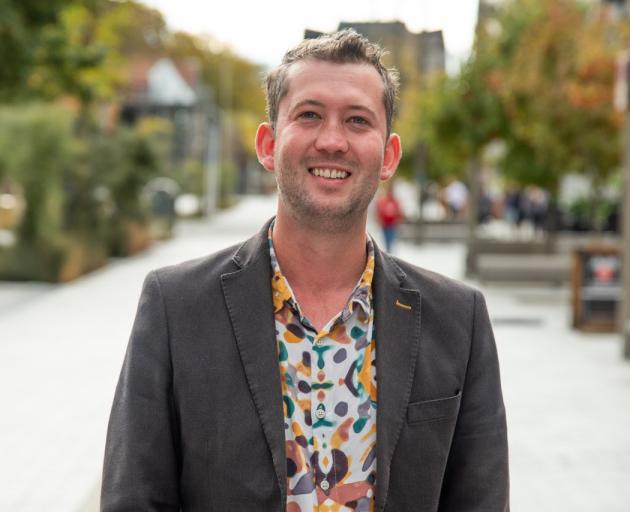 Jake McLellan has won the Central seat from Deon Swiggs.
Cr McLellan received 1982 votes, with Mr Swiggs on 904 and Clive Antony on 1124.

Cr McLellan said he is "stoked" after putting in so much hard work during his campaign.

He said his role as deputy chairman has set him up to deliver positive results for the community.

One issue he will have a particular focus on during the next three years is giving Linwood Village the "attention it deserves."

Mr Swiggs ran a tough campaign during a Code of Conduct investigation over allegations he was sending inappropriate messages to young people.

But Cr McLellan said he does not think his win would have been affected if Mr Swiggs was not under investigation.

"The number of votes may have been different but I don't think the result would have been."

Cr McLellan said he was "really proud" of how positive his campaign was and for staying out of issues with other candidates. 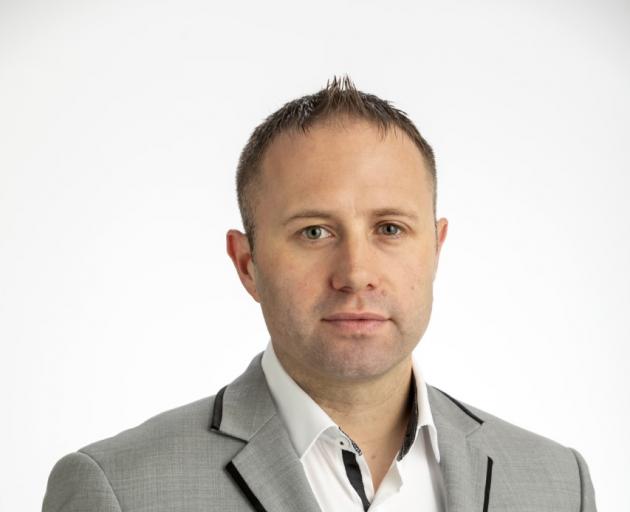 Cr Johanson will serve his fifth term, after retaining his seat with 3564 while Ms Davids received 1258. It was the third time Ms Davids ran against Cr Johanson.

Cr Johanson described the campaign race as "friendly" and said they both having a good working relationship.

He said it was a privilege to represent Linwood and believes he won due to his track record of getting things done.

Elected in 2007, he is the longest-serving city councillor around the table starting his fifth term.

He said what continues to bring him back is a "sense" of there still being things he wants to do.

This includes is ensuring the Te Pou Toetoe: Linwood Pool and Linwood Park upgrade is completed and working to upgrade the roading infrastructure in the ward.

Cr Johanson will also continue to fight against selling off the city's assets and work to protect water aquifers from intrusion.

City councillor Jimmy Chen has been elected in to serve his fourth term.

“I would like to express my sincere appreciation to the Hornby people for trusting in me," he said.

Cr Chen said it was a tough competition as Mr Peters was a good advocate for the community. He said he was looking forward to working with him.

Mr Peters has been elected as a community board member for the Halswell-Hornby-Riccarton Community Board receiving the highest number of votes at 2539.

Cr Chen said his key priorities for council this term is ensuring the Hornby mega-facility is completed, alleviating traffic issues, integrating new cultures into the community and water quality.

Anne Galloway has had a narrow victory to retain her seat in Halswell by 121 votes against nearest rival Paul Lonsdale.

It is not the first time Cr Galloway has narrowly walked away with a victory in the elections.

Newcomer Sam MacDonald has been elected as the councillor for Waimairi.

Cr MacDonald, who has chaired the Fendalton-Waimairi-Harewood Community Board for the past three years, won the seat with 4473 votes. He takes over as the Waimairi Ward councillor from Raf Manji who did not seek re-election.

Former Spreydon-Cashmere Community Board deputy chairwoman Melanie Coker has been elected to replace Phil Clearwater, who opted to run for Environment Canterbury instead, with 3311 votes.

Research scientist Melanie Coker, who is aligned with The People's Choice, said she hopes her background in analytics will help her bring something new to the table following Mr Clearwater's exit.

She said her main priorities within the ward will be getting chlorine out of the water, keeping assets and working on roads and footpaths.

She said her role as deputy chairwoman helped her to understand what people in the area want and also gave her an understanding of how council works.

Cr Turner, who is aligned with The People's Choice, was first elected to the seat in 2013 and has been Deputy Mayor since 2016. 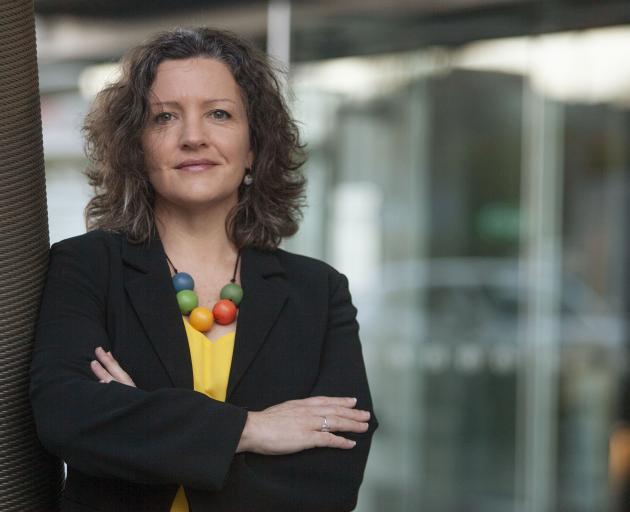 Sarah Templeton will represent Heathcote for a second-term.
Heathcote

Sara Templeton has retained her seat in the Heathcote Ward after beating outspoken candidate Darrell Latham.

She first moved onto council in 2016 when she beat incumbent Paul Lonsdale by 1585 votes to claim the Heathcote seat.

Tim Scandrett has been re-elected to serve the Cashmere Ward for a third term with 3634 votes.

Cr Scandrett, who stood as an independent during his campaign, was about 1000 votes clear from his nearest rival Lee Sampson.

The independent won with 5071 votes with Mr Franecevic, who is aligned to The People's Choice, only getting 1302 votes.

Mike Davidson will return to the city council table for a second term. With  2249 votes he beat John Stringer, Nathan McCluskey and Peter McDougall.

Because the community board was not able to fill one of its two Mt Herbert subdivision seats during nominations, a by-election will be held to fill the vacancy next year.