Snipers on court rooftop: Sentencing under way for mosque killings

0 Comments
The landmark sentencing for the Christchurch mosque killer is under way.

There is no doubt the 29-year-old Australian national will be sentenced to life imprisonment after pleading guilty to 51 counts of murder, 40 of attempted murder and a charge under the Terrorism Suppression Act, but the major issue will be whether it is life without parole.

That decision falls to Justice Cameron Mander - however, it will likely be several days before he formally passes sentence.

As part of the security measures there are rigorous identity-checking protocols for those wishing to enter the building and queues are already forming. 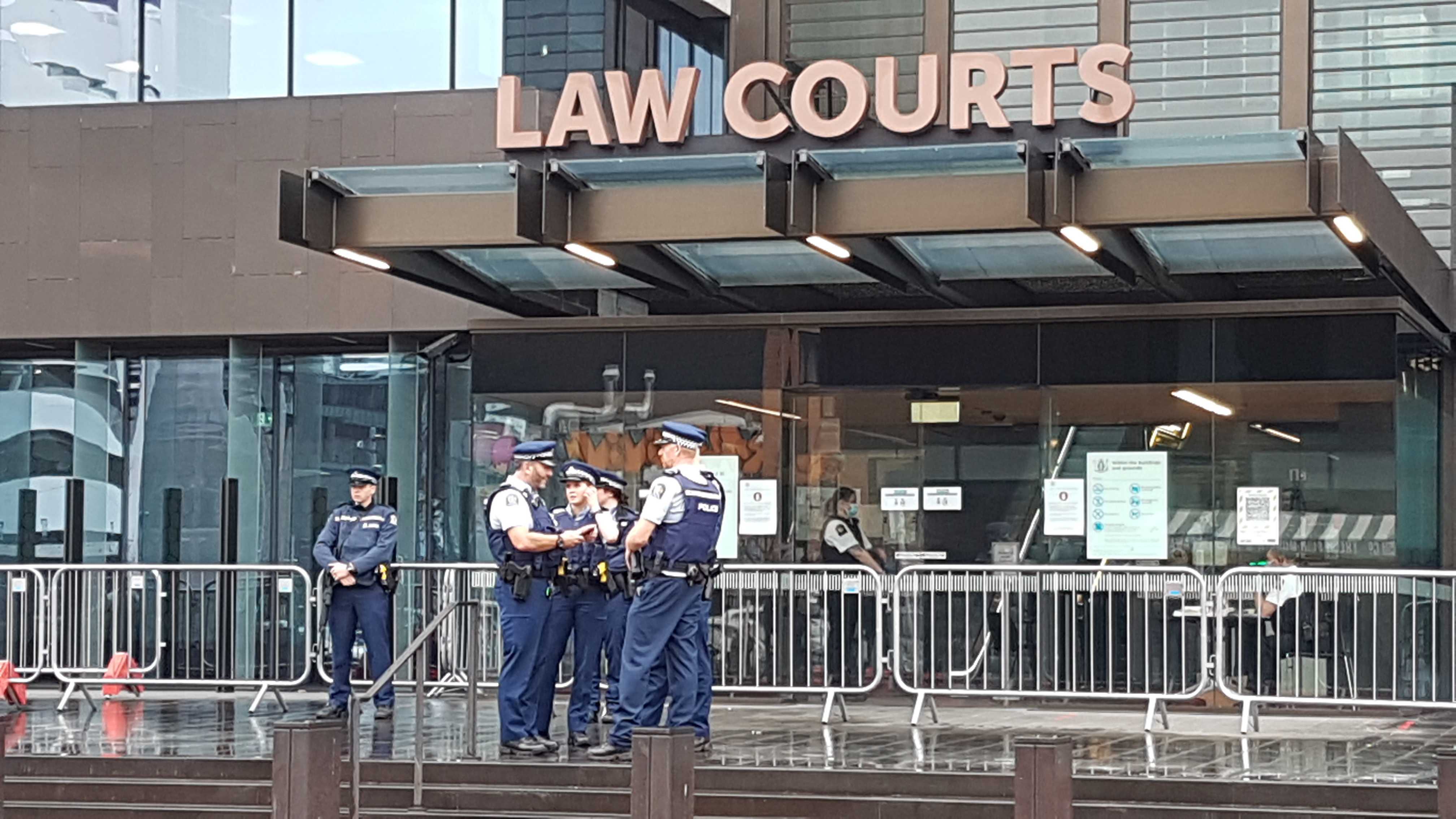 Photo: Geoff Sloan
Today's proceedings will begin with the reading of the summary of facts - the first time the document has been made public.

It has been well documented that on March 15 last year the gunman drove from his home in Dunedin to Al Noor Mosque where he killed 42 people before driving across town to Linwood Islamic Centre to murder nine more.

But it is unknown how much further detail will be provided.

The bulk of the sentencing - which is expected to last at least three days - will be made up of the 66 victim impact statements from survivors and the family of those who died.

Once the statements have concluded, Crown prosecutor Mark Zarifeh will make submissions on sentence.

Alongside the length of that sentence, the other great unknown is how the gunman will respond during the hearing.

Self-represented since dismissing his Auckland-based counsel Shane Tait, the defendant will have the opportunity to address Justice Mander, with the assistance of standby counsel should he need it.

While there have been fears the gunman could use the platform as an opportunity to grandstand his extremist views, the judge has the power to remove him from the courtroom and can conduct the sentencing in his absence if he chooses. 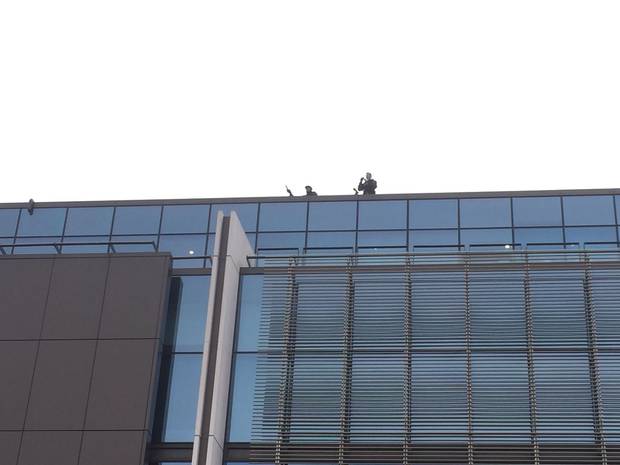 There are snipers situated on the roof. Photo: Amber Allott / NZH
No live reporting of sentencing

There will be no live reporting of the sentencing and it's expected there will be delays, as reporting is only permitted after the midday break and at the end of the day.

People can expect not to see any report republishing the livestream of the massacre or associated manifesto as both have been deemed objectionable by the Chief Censor. 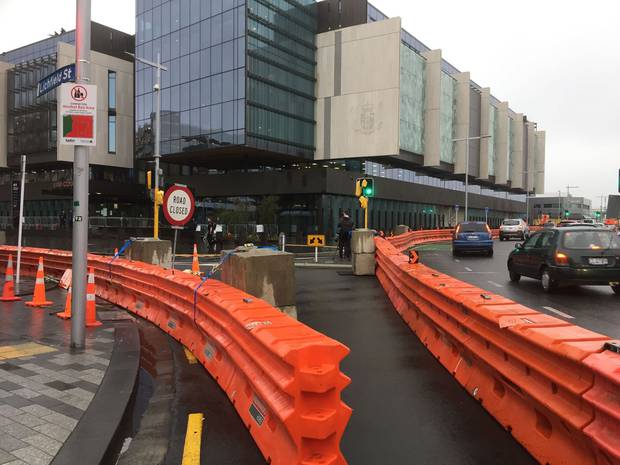 Roads are closed around the Christchurch Law Courts, and there's a heavy police presence at the scene. Photo: Amber Allott / NZH 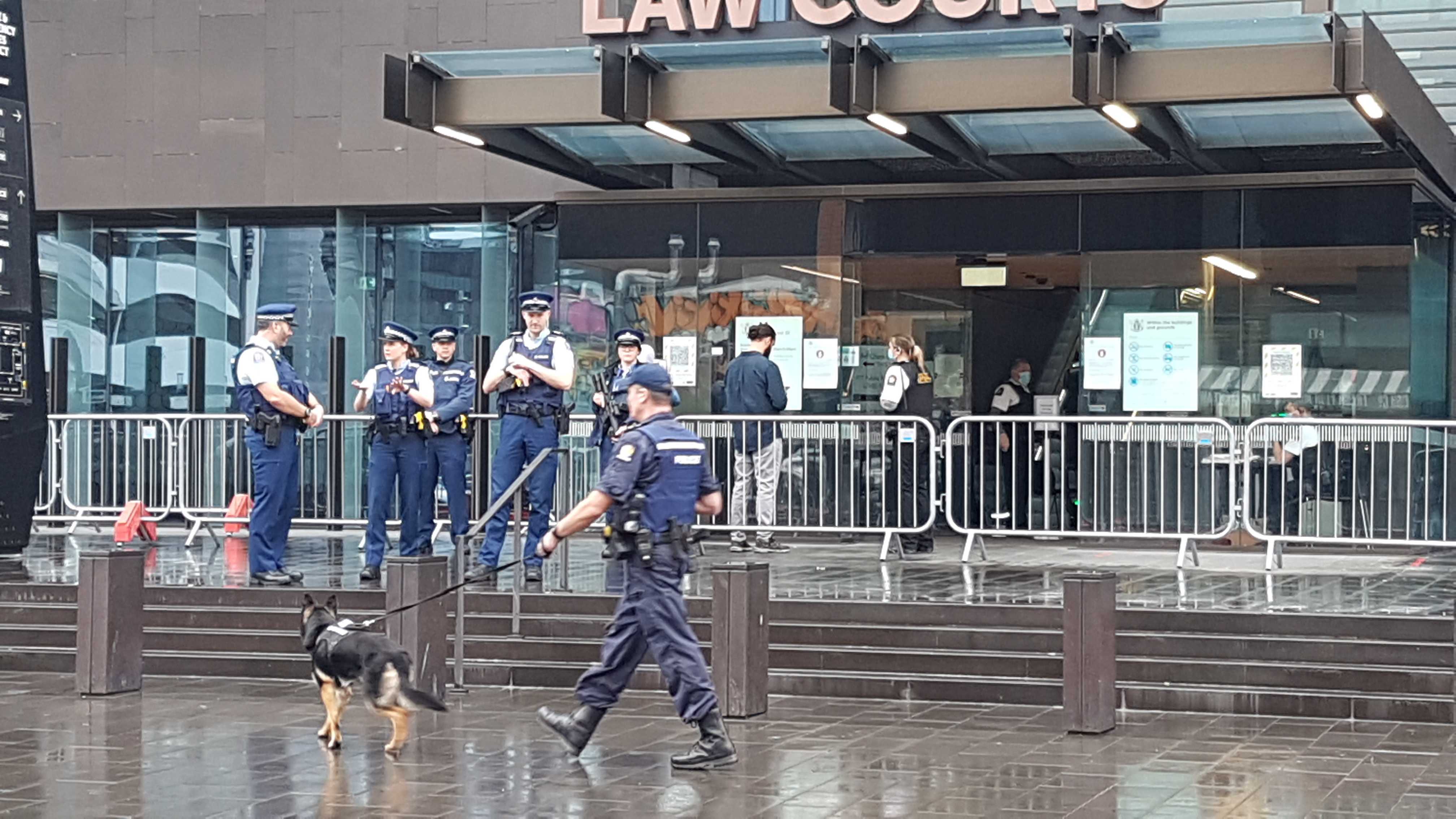