'Stood the test of time': New lease of life for 50-year-old Antarctic sledges 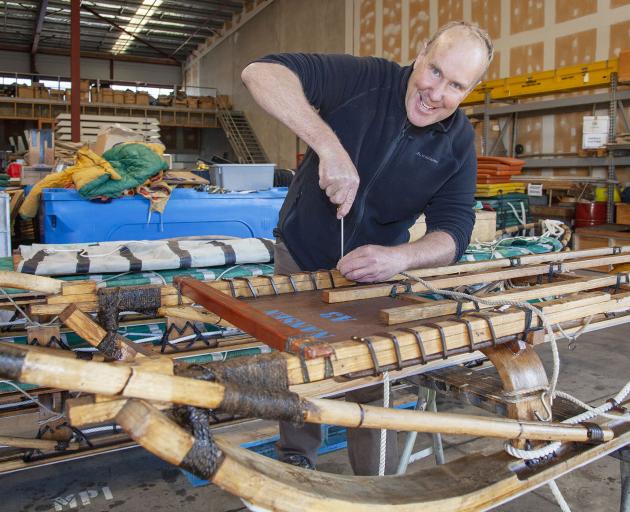 Doug Henderson repairing the old sledges before they head back to the ice for another season. Photo: Geoff Sloan ​
Sometimes they just don’t make them like they used to.

That’s certainly the case for three old timber sledges that have just been carefully maintained before they head back down to Scott Base in Antarctica for another busy season to help measure potential sea level rise.

Doug Henderson has been in Christchurch carrying out essential maintenance on Antarctica New Zealand’s Nansen and Tamworth style sledges, so they can continue to support science on the ice.

"I’ve really loved working on this project," he said.

"These sledges are about 40-50 years old and have been used throughout their lives in Antarctica, so they were well built and have been well maintained over the years.

"The fact they are still being used for important work in Antarctica is pretty amazing. They have stood the test of time." 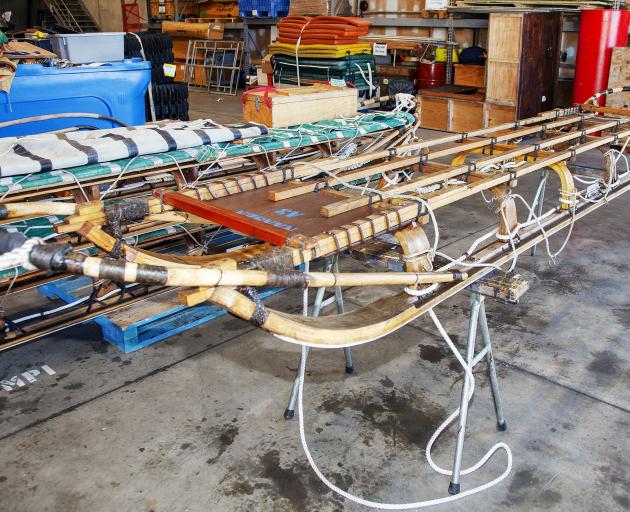 The repaired Antarctic sledges are all set to go. Photo: Geoff Sloan
Made of predominantly ash and hickory timber, the sledges have had some New Zealand beech added during maintenance work over the years.

Henderson, an Arrowtown craftsman, is a bit of an Antarctic veteran - he’s been down to the ice about 11 times over 30 years and has done a lot of work with the Antarctic Heritage Trust.

Helping conserve Hillary’s Hut in the 2016-17 season was one of the projects he has worked on, along with previously repairing the sledges.

He has replaced some of the cracked sledge runners and the leather lashings, which were sourced from Australia.

They are preserved using special vegetable tannins for flexibility, even in very cold climates. 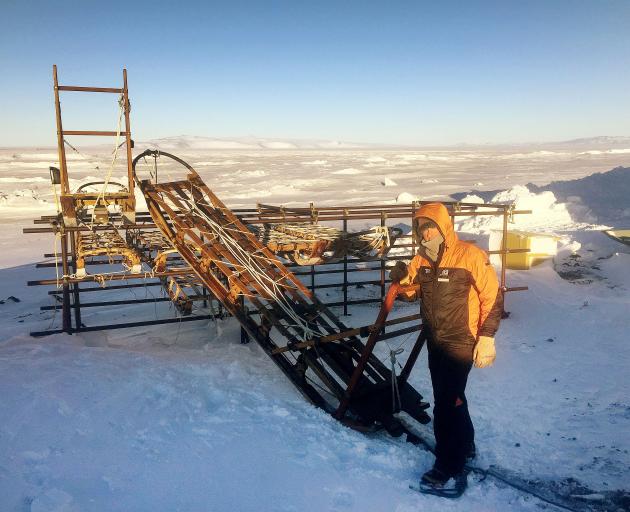 Doug Henderson in Antarctica with one of the sledges. Photo: Supplied
The other rope lashings were impregnated with Stockholm tar to improve their durability, and Linseed oil was brushed on the sledges to finish the maintenance process.

This season they will be towed behind skidoos carrying sensitive radar equipment used to measure changes in the thickness of the Ross Ice Shelf caused by melting.

The ongoing research, led by the National Institute of Water and Atmospheric Research’s Craig Stewart, will help predict the future of the ice shelf, and in turn, sea level rise. 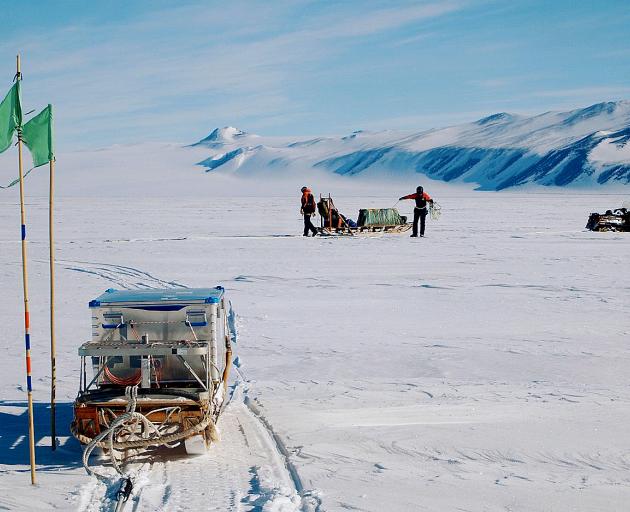 The sledges will be used by NIWA again this season. Photo: Supplied
Stewart, who has been using the sledges for his research for many years, says they are ideal for Antarctic work because their flexibility makes the ride smoother for equipment.

"This gives them great strength and the ability to change shape as they move over the often bumpy ice," he said.

Despite now being towed by skidoos, the sledges are similar in style to the ones that used to be pulled by dog teams. The sledges will head back to Scott Base in October.