'They go straight to the cigarettes': Christchurch dairy targeted in ram-raid, burglary

0 Comments
A convenience store in Christchurch was the target of another early morning ram-raid on Monday.

Barkers' Convenience Store in Hornby was hit by a ute which can be seen ramming the shop's front doors from about 5.30am.

Police said they received a report of a burglary on Witham St and inquiries into the incident were ongoing. 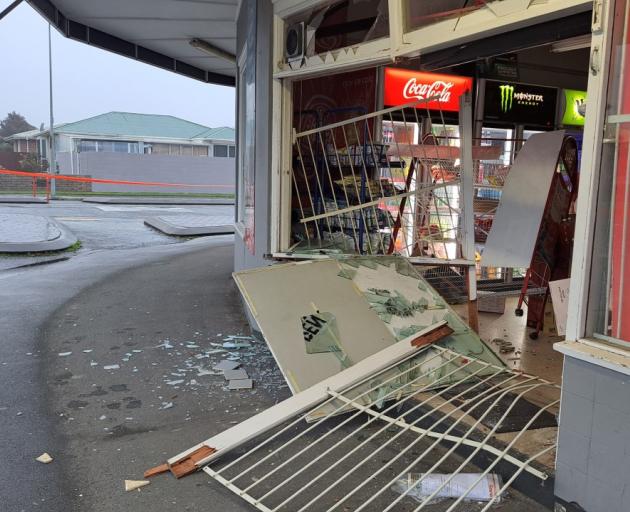 Nearby resident Jaydene Baguley said she didn’t hear anything at the time but checked her security camera footage this morning. It showed two men in a ute circling the store before ramming it.

"They must have been checking if any one was about," Baguley said.

"They then slowly backed their small ute into the store twice before running inside (and) grabbing something before they departed,” she said.

A friend helping to clean up the store, Jerry Ohu, told the NZ Herald the ram-raiders took a lot of cigarettes.

"They go straight to the cigarettes and they get everything," he said.

Ohu said a lot of work is needed to put the store back to the way it was.

"I've never seen these kinds of scenes before. It's not good."

It comes after a ram-raid at a dairy in Halswell on Friday. Police were notified of the attempted burglary at the On The Spot Hamill Rd at 3.43am.

A vehicle was located at the scene but it did not appear that anything was taken from the premises.

Meanwhile, a vehicle linked to a smash and grab near Auckland was caught by police being driven on the wrong side of the motorway last night.