Canterbury remained under a red warning overnight, with more than a thousand homes without power.

The storm system is now heading to the lower North Island, with Wellington on high alert.

Meanwhile, a person has been treated for critical injuries following a house fire in Timaru overnight.

Four fire crews were called to the blaze at a property on Catherine St just after 8pm.

In Mid Canterbury, the winds did not get as strong as predicted - but it was still a fairly wild night. 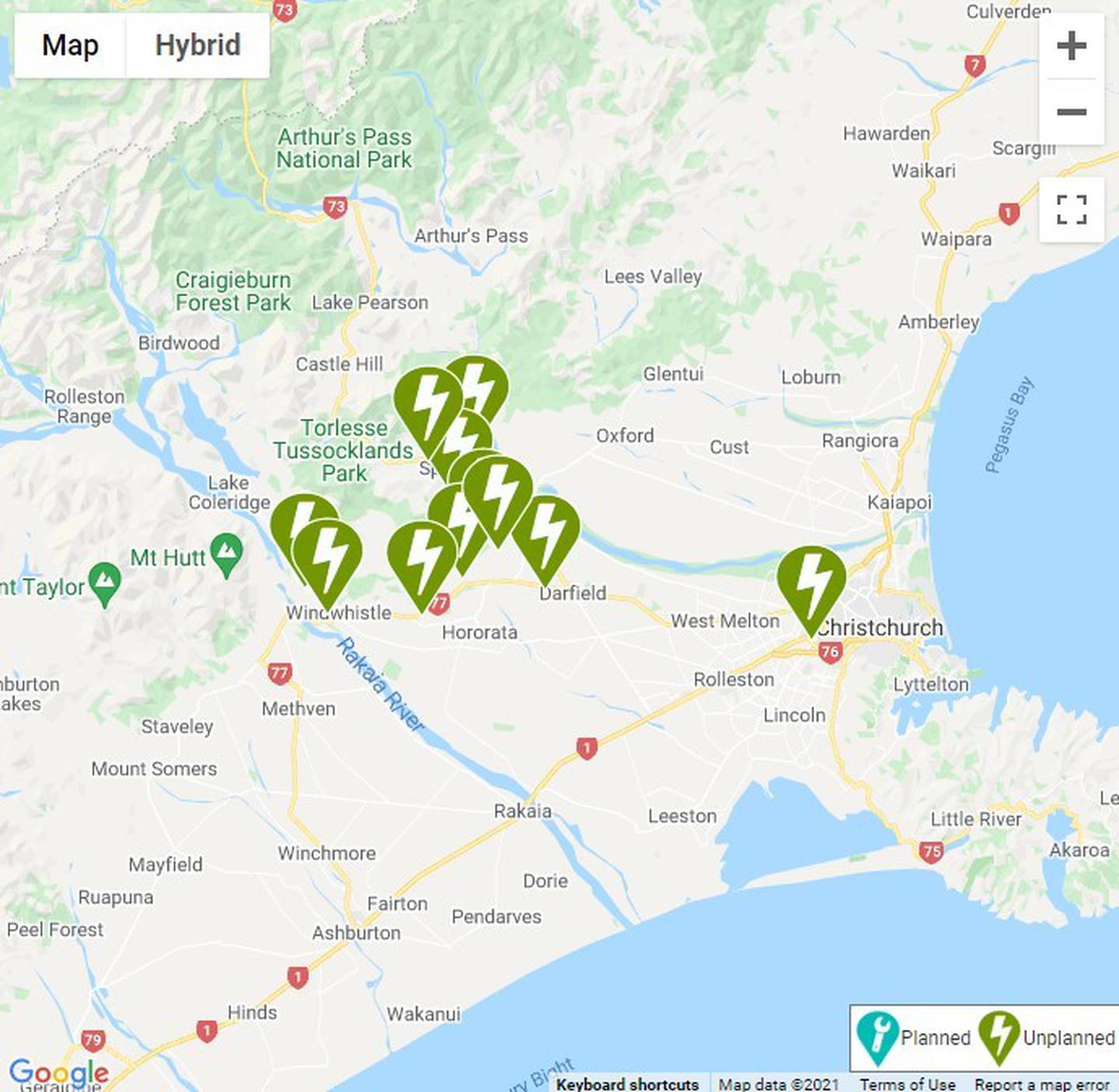 Power outages across Canterbury. Image: Orion
About 138 homes were without power in Coalgate, Hororata, and Homebush.

Flights have been cancelled in Queenstown from Christchurch and Wellington.

Five people were flown to Dunedin Hospital by rescue helicopter after a two-vehicle crash on State Highway 1, near Herbert.

A Fire and Emergency New Zealand spokesman said crews from Oamaru, Weston and Kakanui were called to the scene at 12.17pm, where they found a vehicle on its roof.

It had been towing a high-sided trailer.

Strong winds blew a caravan over on Mt Cargill Rd yesterday. Photo: Peter McIntosh
A St John spokeswoman said three people were in a serious condition and another two were in a moderate condition. All five were transferred to Dunedin Hospital in three helicopters.

The road was closed and a detour was in place for about three hours while emergency services attended the accident.

A police spokeswoman said it was too early to tell if the accident was caused by strong winds in the area.

However, another incident, in which a caravan ended up on its side in Mt Cargill Rd about 4.30pm, was definitely caused by wind.

About the same time, another car and caravan were tipped by wind on SH1 between Allanton and Waihola, blocking the south-bound lane. A detour was put in place.

The spokeswoman said there was also a report of rocks falling down a hill on to Otematata-Kurow Rd, and damaging a car.

An ambulance attends a two-vehicle crash on State Highway 1 near Herbert yesterday afternoon, after which five people were flown to Dunedin Hospital. Photo: Barry Stewart
A police officer cleared the rocks off the road and signs were put in place to warn motorists.

By about 5.30pm, Southern District Police had placed a message on social media, urging people not to drive in the "wild weather" unless it was absolutely necessary.

Fences, building signs and pieces of garden furniture, as well as branches and some trees, had been toppled by the wind around the region.

The winds also knocked out power in the Ettrick-Raes Junction areas, in East Taieri, Gladstone Rd and surrounding areas, in parts of Momona and Allanton and in the Mt Cargill, Pigeon Flat and Waitati Valley areas.

Flights in and out of Dunedin Airport were cancelled when the strong winds prevented aircraft from landing.

Some Air New Zealand flights from Christchurch and Wellington attempted to land in Dunedin, but conditions forced them to be diverted back to their point of origin.

"That is extreme wind. It’s certainly pushing the envelope. 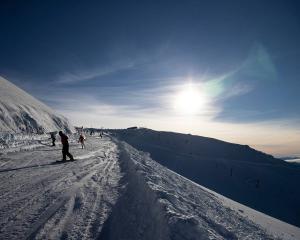