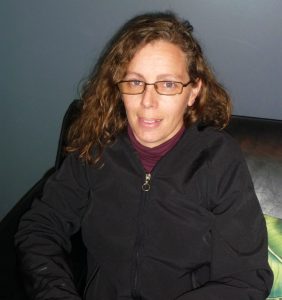 The single mother-of-three grabbed her children, her two dogs, cat and bird, and a few basic possessions and escaped from the older, wooden home before smoke and fire spread through it.

The May 31 fire started in the kitchen and it was canine Cucciola who sniffed out there was a problem.

“It was 5.45am and still dark when the dog woke me up. I could hear a funny crackling sound and started to smell smoke.

“I thought it was the kids burning toast at first, but when I got up and checked, the house was filling fast with thick black smoke.”

Two smoke alarms in the house had not yet activated and she quickly got everyone out before calling the fire brigade.

Miss Hunter said clothing, furniture and most of her possessions remained in the Archibald Street house and were smoke damaged.

“I did manage to grab a jewellery box handed down to me and some photos, but phones, computers and everything else was left behind.” 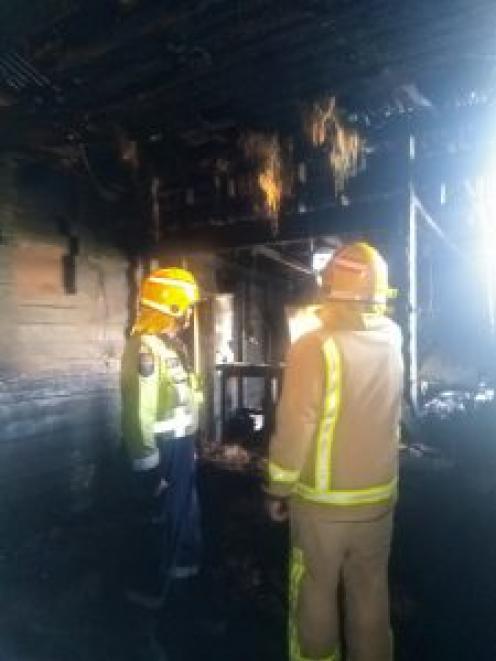 Firefighters inspect the smoke and fire-damaged home. Photo: Supplied
Ashburton Intermediate, Ashburton College and Tinwald School had all supplied replacement school uniforms for her children, for which she was grateful.

Miss Hunter said she was insured and was awaiting news from her insurance company.

The exact cause of the fire is still being investigated, she said.

Miss Hunter and her children, aged 13, 11 and 10, are currently staying with a friend and slowly coming to terms with the fire incident.

She has already received the offer of a lounge suite, and is getting support through her church, Ashburton Baptist.

Support has also been offered via Facebook and a Givealittle page has been set up on her behalf.

“The support I’ve received is really very humbling,” she said.

She and her family are on the look out for a pet-friendly four-bedroom home, or a flexible space three-bedroom home.