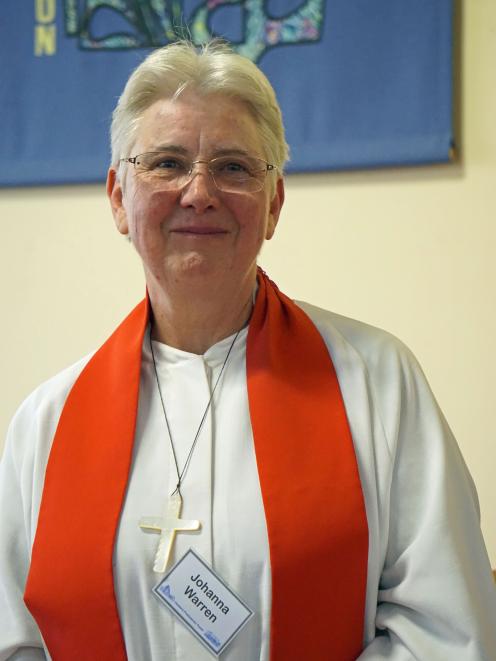 New Hakatere Presbyterian Parish minister Reverend Johanna Warren.
It’s been almost six years since Presbyterian churches in Hampstead and Tinwald have had a full time minister, but that has now changed.

The Reverend Johanna Warren was welcomed into the role at a recent induction service.

She will now take most of the services at St Paul’s in Oxford Street, Hampstead, on the first and third Sunday of the month, and also at St James in Tinwald, on the second and fourth Sunday.

Previous services at the churches were conducted by part time ministers and through pulpit supply, and overseen by an interim moderator.

Rev Warren hails from Northland and replaces the last full time minister Luisa Fruean, who departed for Milton in early 2014.

Rev Warren was a primary school teacher for 11 years before deciding in her mid 30s to train for the church.

After four years at the Knox Theological Hall in Dunedin, her first posting was in rural Canterbury.

‘‘My family were not regular church goers when I was growing up, but I went to Sunday School and those days did have an impact on me.’’

She said it would take time for the new combined parish to evolve and she was relishing the new adventure.

Rev Warren was at a church in Feilding before making the move south and has also been a minister in Marlborough.