Alpine Fault quake plan: Emergency response organisations gear up for the 'big one' 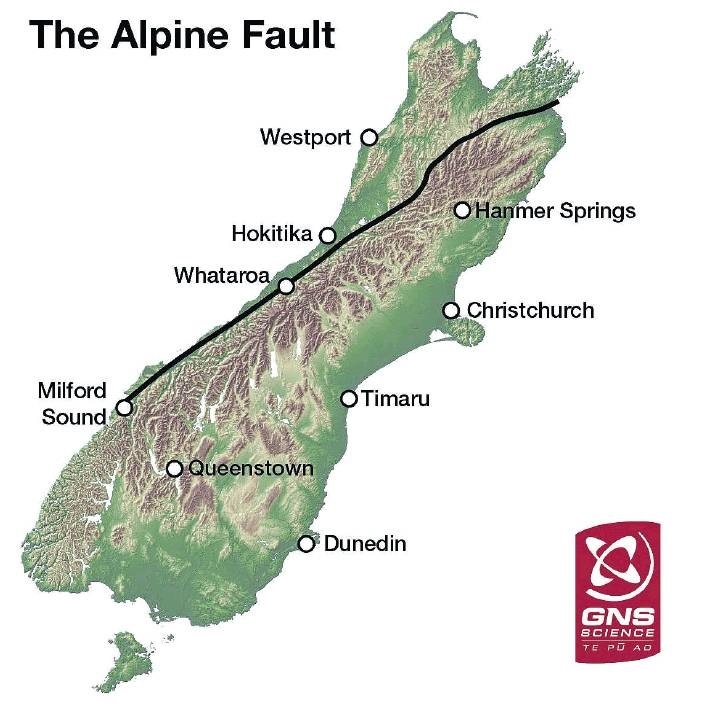 IMAGE: GNS SCIENCE
Emergency personnel from throughout the Selwyn district have networked their plans for responding to an Alpine Fault earthquake.

More than 30 personnel from Fire and Emergency New Zealand, St John, police, SICON, Civil Defence and volunteers from Selwyn Emergency Response recently met to share expertise and knowledge on their equipment and skills.

The event was organised by the Selwyn District Council emergency management team.

It was one of a series of such events and training sessions, after research was released in April showing a 75 per cent chance of a rupture on the Alpine Fault within the next 50 years.

Previously the chance was believed to be 30 per cent. There is an 82 per cent chance the earthquake will be magnitude 8 or higher.

The area of the fault that the research relates to is the southern and central segments, which stretch from Milford Sound to Hokitika, bordering the Selwyn district. 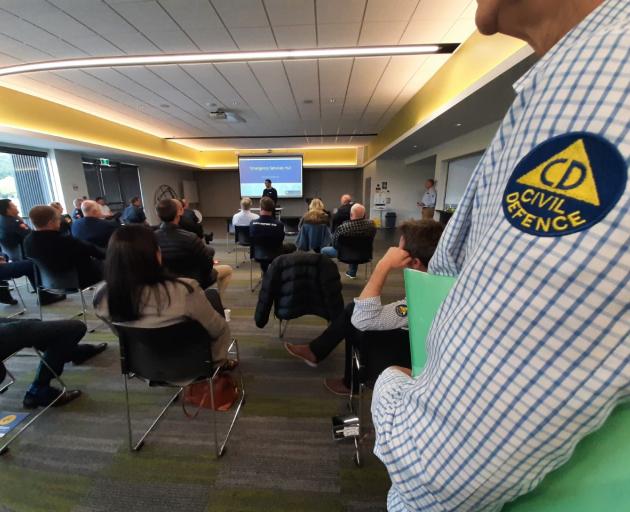 Emergency personnel discuss how they will respond to a rupture of the Alpine Fault. Photo: Supplied
University of Canterbury disaster management and earthquake specialist, Dr Tom Robinson, told participants the rupture would have wide-ranging effects for the whole of the South Island.

"It would impact on almost every facet of life, in particular the ability to reach areas cut off by large slip events across most state highways linking the east and west," Robinson said.

This included State Highway 73 in Selwyn.

After the meeting, Robinson said the high level of planning being undertaken by emergency personnel was something that would continue for years to come.

"The urgency of it has become quite clear, but what we need to do and how we need to do it hasn’t really changed,” Robinson said.

He said shaking on the plains in Selwyn was expected to last one to two minutes.

It would not be high intensity shaking, such as that in the February 22, 2011, earthquake. Rather it could feel similar to the shaking level felt on the plains during the September 4, 2010, quake.

Damage to buildings would mostly be superficial, with no widespread building collapse.

On the plains, older water piping could be damaged, and power could be lost for anything from a couple of hours to three days.

The greatest effect in the district would be in the foothills and main divide with rupturing of pipelines, roads and landslides isolating communities.

Selwyn District Council civil defence manager Al Lawn added that the research had shown the fault would most likely erupt in our lifetime or our children’s lifetime. The event would have a severe impact.

“Because of this we are constantly working to make sure our plans are up to date and our relationships are strong among the agencies who will be responding to the earthquake,” Lawn said.

"Knowing your neighbours and having a strong community are a huge part of getting through any type of emergency," Broughton said.

He advised any residents who had not received a copy of the booklet 'Are You Ready? A guide to emergency preparedness in Selwyn' to pick one up free from a Selwyn library or the district council headquarters in Rolleston.

It sends text and email alerts to subscribed households in the event of an emergency. It is also used to identify those who might need extra assistance and those who have skills and resources to help their neighbours.

More information on the Alpine Fault can be found here.

Keeping safe in an earthquake: