By John Cosgrove
0 Comments
The fight continues for the future of the old Arthur's Pass visitor centre.

Arthur's Pass residents are waiting for the Department of Conservation to make up its mind about the alpine village’s historic visitor centre which closed two years ago.

Retired former Arthur's Pass DOC senior ranger, Chris Stewart, said DOC told them it would produce some options on what it could do with it.

“But what we'd really like to see is it restored and used again as a visitor center, community centre and museum, which is what it was originally built as,” Stewart said.

But he admitted it could be a $2-3 million exercise.

The well-known Arthur’s Pass National Park visitor centre opened originally as a museum in 1959 and is in the South Island's first national park. 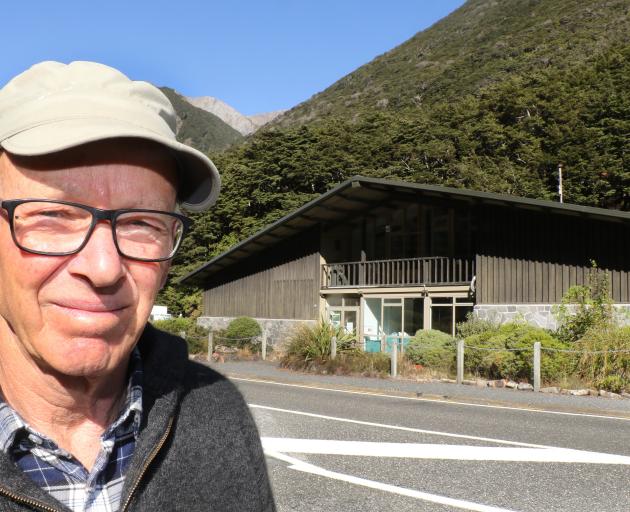 Stewart said shortly after the museum was opened, the old Lands and Survey Department took it over as a combined visitor centre and museum.

“It's been run in conjunction with the community ever since, and we're pretty keen to see that brought back,” he said.

When shuttered two years ago, the DOC visitor information services simply moved across the road into a temporary visitor centre.

Stewart said the closure was forced when the government decided all public departments had to be up to 100 per cent of the national building standard.

“For the building, it was the final nail in the coffin, due to it being perceived as an earthquake risk,

“We had to pull out of there, even though the building’s been through a few big earthquakes and survived, but these are the standards that DOC had to meet and we had to go,” he said. 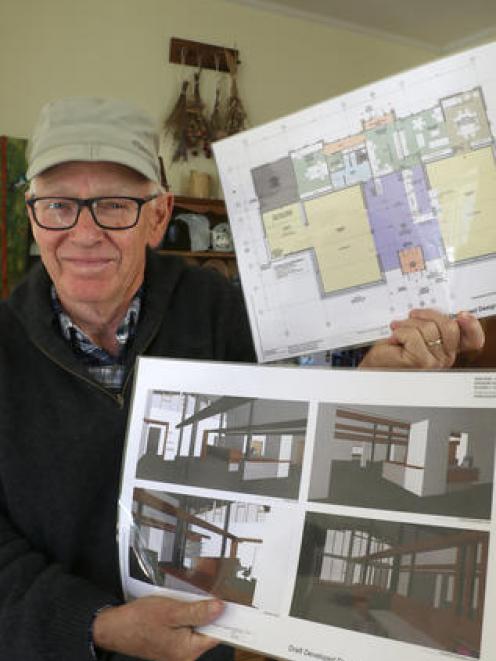 Chris Stewart with design concepts for the old building. Photo: John Cosgrove
But this only galvanised the 30 permanent residents and 100-plus holiday homeowners in the district to do something to make it the centre of their small community again.

“We realised that there are still a lot of visitors coming here who would love the type of hands-on displays we could create here.

“We want to see it as a conservation hub, where people come to learn about conservation, get hands-on experiences,” he said.

Stewart said the community wants to bring back historic material currently on loan to other museums in the region and have that available for people to see and use for research.

But the money to renovate the building has to come from somewhere, and Stewart said locals are hopeful DOC will help them out but they are prepared to consider other options of funding.

“The figures DOC were coming up with two or three years ago were in the order of 2-$3 million to renovate it and get it back up to that 100 per cent national building standard.

“We would like to look at that and see whether there are other ways of being able to bring it back on stream without having to spend that sort of money,” he said.

"Work to consider long term options for the Arthur’s Pass visitor centre are ongoing. A range of options are being considered but no decisions have been made," Bamford said.