The residents, represented by their group Lincoln Voice, created a Givealittle page last month, which had raised $11,276 as of Tuesday.

“We have engaged a lawyer and everything is very much on track,” said spokesperson Denise Carrick. 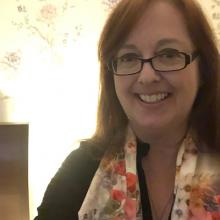 Denise Carrick.
The contributions have been given by 99 donors, with at least one donation of $2500.

Lincoln Voice had earlier estimated $7000 would be required to prepare and lodge an appeal, while the ultimate goal of $150,000 was to cover legal fees.

“We are ecstatic at the support we have received from around the community, and would like to thank everyone who has contributed so far,” Carrick said.

It followed two rounds of public consultation and independent commissioner David Caldwell recommending the district council approve the plan change, paving the way for 1710 homes on 190ha of rural land.

The majority of the more than 200 submitters were opposed to the development, claiming the township was not equipped to handle an expansion of that magnitude.

“We really want to stand up for the future of our soils, our ability to grow food and our neighbourhood to make sure it is developed in a logical, healthy and sustainable way,” Carrick said.