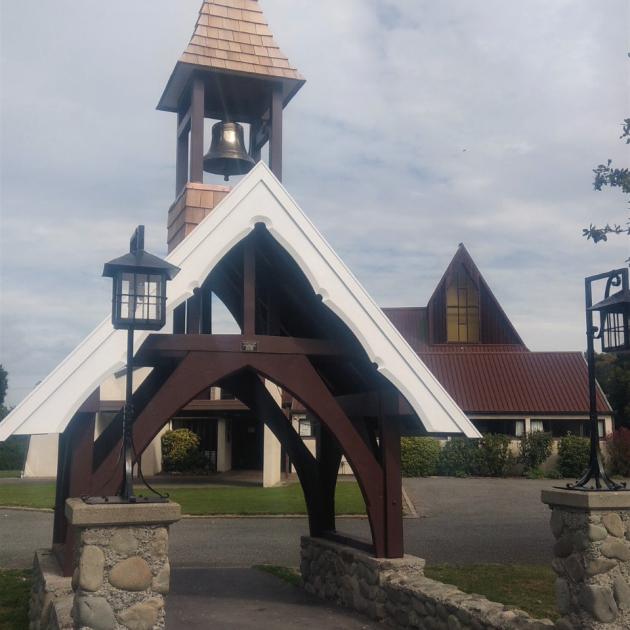 Paul Jarman says the Trinity Church lychgate at Darfield has been restored to its former glory. Photo: Supplied
Darfield Trinity Church parishioners have restored their historic lychgate, delving into the structure’s history at the same time. 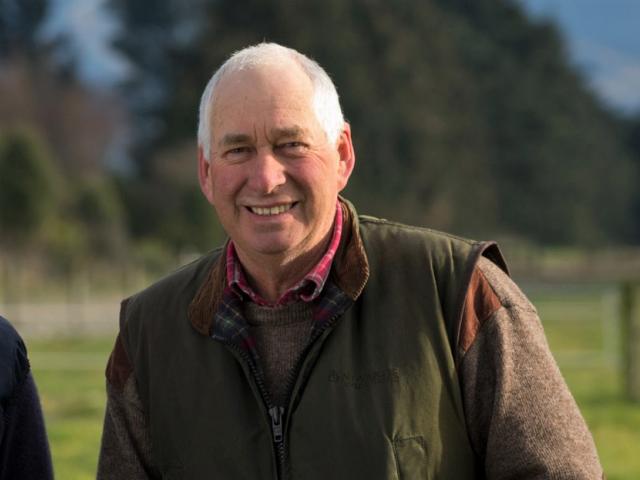 Paul Jarman. Photo: Supplied
Built in 1914, the roof-covered gateway and belfry at the churchyard entranceway needed structural strengthening to carry its 260kg bell.

It also needed painting, and replacement of its cedar shingles.

Volunteer Paul Jarman said he had a special interest in the project, having a family association going back generations.

While the renovation was under way, he had been fascinated to learn the name of the bell’s foundry, hidden beneath more than 100 years of moss and lichen.

It was Mears and Stainbank of the Whitechapel Foundry.

One of three main foundries in England that supplied bells to New Zealand churches, Whitechapel also made the famous 13-tonne Big Ben at Westminster London and the iconic Liberty Bell in the United States.

“When I got onto Google and had a look at the foundry that had made it, it was quite a historic place,” Jarman said.

He said while many churches in New Zealand have a lychgate, it is relatively unique for them to incorporate a belfry.

Jarman said his family association with the lychgate goes back to its foundation. 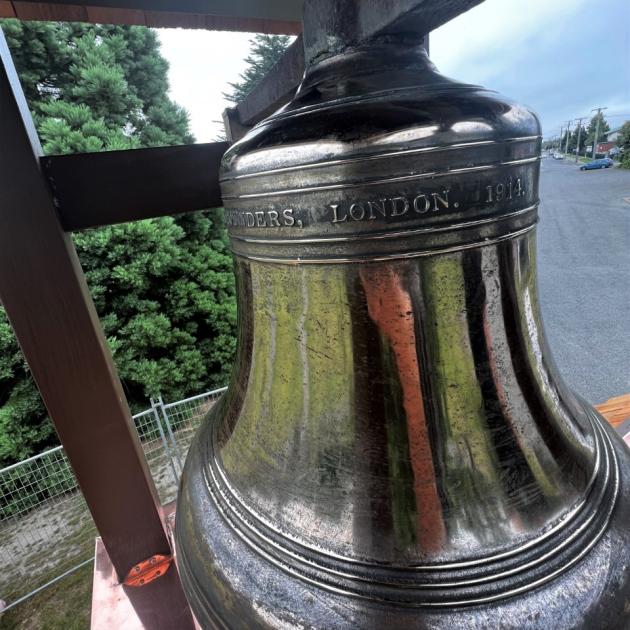 The foundry that made the Trinity Church bell is the same as that which manufactured London’s Big Ben. Photo: Supplied
His great great grandfather James Gough was a vestry member of St Andrew’s Anglican Church, where the lychgate was originally located.

Gough had been instrumental in building St Andrew’s and the lychgate.

When she lost two sons in the Great War, in their memory the family had donated a stained glass window for St Andrew’s.

Upon stonework at the lychgate frontage are two black iron lanterns, which were installed in memory of Annie when she died in 1939.

The lychgate was relocated from the former St Andrew’s in 1980, following Trinity Church being built as an amalgamation of the Anglican, Presbyterian and Methodist parishes.

The donated stained glass window was also salvaged from St Andrew’s and installed in the new church.

Many churches in New Zealand have a lychgate as the entry point to the church, harking back to a tradition from the Middle Ages.

Most people died at home; they were placed on a bier and taken to the shelter of the lychgate in preparation for a funeral service.

In New Zealand, some were built as a war memorial and included the names of those lost.

Trinity Church is close to the town’s war memorial and hosts a church service each Anzac Day. Attendees proceed through the lychgate to the service.

Jarman said St Andrew’s parishioners had a note in their church news of September 1914 about the lychgate: “The structure is nearly completed and looks quite handsome and dignified,” they wrote.

He said it was once again looking handsome and dignified, and would no doubt make his great great grandfather and his fellow early church founders proud.