The Bathurst Resources coal mine. Photo: Supplied
Rod Dowler fears for his and his family’s future as Canterbury Coal prepares to close. 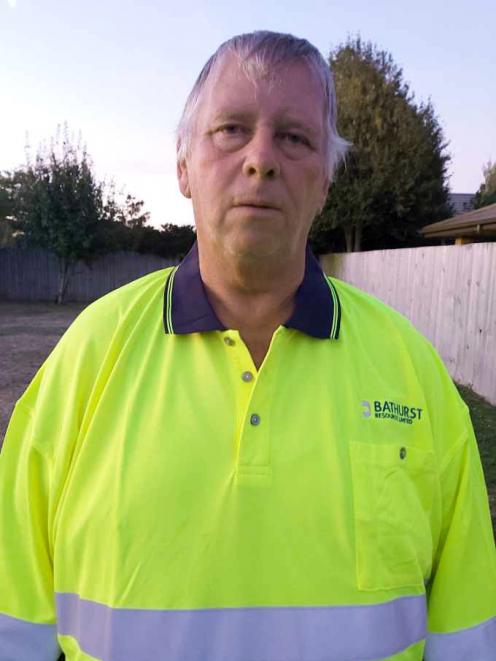 Rod Dowler.
The 62-year-old is a heavy machinery operator at the Bathurst Resources mine, and is among 35 employees who will lose their jobs within the next 12 months as a result of the closure.

Dowler and his wife Suzanne are bringing up their four grandchildren, aged 11 to 19, and he needs an income to support them.

“I have been working in South Island coal mines since 1975, where am I going to get work doing bulk earthworks, the job I love so much, at the age of 62?” Dowler said.

He said he and fellow employees had been shocked to learn of the closure, believing the company had been on track in its efforts to continue operating and expanding the mine. They were told by management at a full staff meeting on February 10.

“Everyone was prepared for another 10 to 12 years, but the consent process just never happened and this is the result,” he said.

“I don’t blame the company, they have tried their best. For every one job lost in mining, a further five jobs go in the community, so when we stop working that’s another 175 people in the community who have to look for work as well.”

Bathurst has blamed the cost of regulatory processes for the closure.

“I was planning on working til 68 or 70, that’s when the youngest of the grandkids have finished school basically. Do I move away and live in a caravan in a campground and send money home or do I go overseas?”

Dowler said if he was offered a transfer within the company, this could be to Auckland or Hamilton. His preferred option would be to get heavy machinery work locally, but he understood such jobs were limited.

“I love my bulldozers, I love my diggers, I will consider any bulldozer or digger work, as long as I’m busy,” Dowler said.

Dowler’s job at Canterbury Coal is driving a 100-tonne digger to take the overburden from on top of the coal, and the stones in seams, away and load it into trucks. He does big days, leaving his home at Rolleston at 5.45am, being transported to Coalgate for a 10.75 hour day, five days a week, and getting home in the evening about 6.15pm.