As wild weather lashes the South Island today, nature has displayed her power with a terrifying display atop a popular skifield.

The moment was captured by a webcam at Lake Ōhau Snow Fields, showing the moment that lightning struck one of the chair lifts.

The eerie photo shows the lightning strike the metal chair lift, which was fortunately unoccupied after the skifield was closed due to the weather.

An amazing capture from our webcam this morning," the skifield posted on Facebook.

"Just in case you were wondering why we are closed today."

The wild weather brought strong winds that battered parts of the South, bringing down trees and prompting warnings for motorists.

Several trees or branches came down around Dunedin overnight, including one that fell on a vehicle on Stevenson Rd in Concord.

Police said the tree had tangled in power lines. The Dunedin City Council and power company were notified.

There was a tree blocking Portobello Rd in Vauxhall shortly before 3am and one on George St about 6.45am, police said.

The DCC website reported several road closures around the city because of fallen trees. 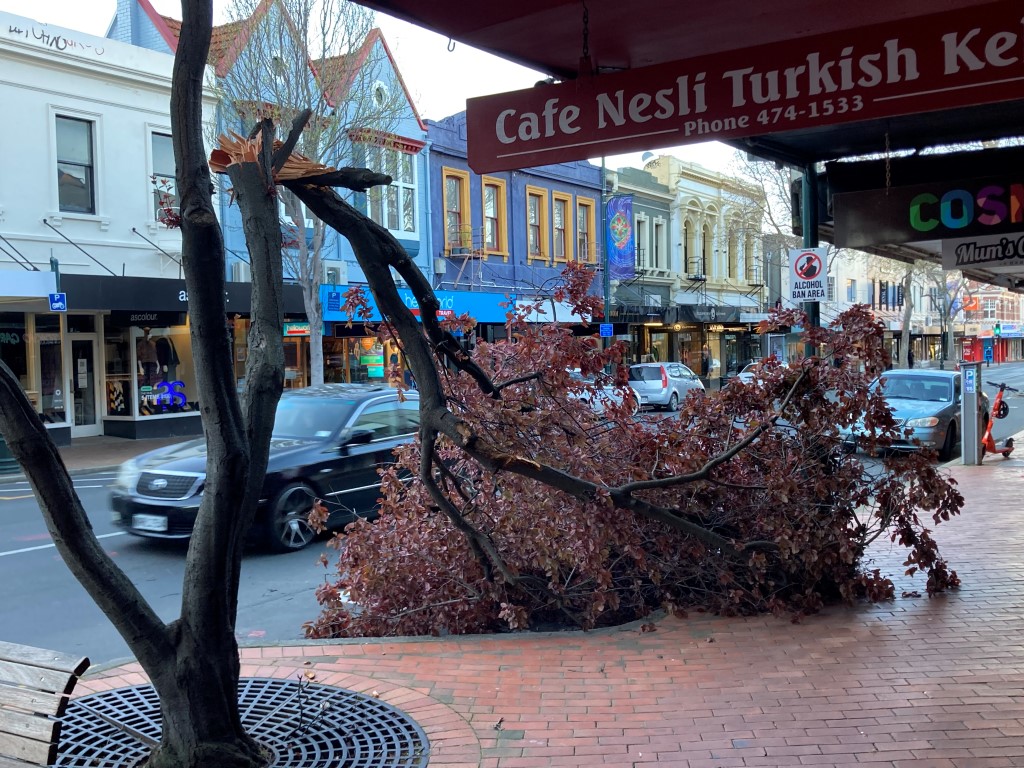 A limb snapped off a tree in George St in central Dunedin. Photo: Stephen Jaquiery

Elsewhere, a trampoline ended up wrapped around a power pole in Statham St in the Dunedin suburb of Brockville

The winds reached more than 100kmh in some places.

A MetService spokesman said the front should bring heavy rain to western parts of the South Island and severe gale northwesterlies to exposed parts in the east.

🌧 Heavy rain in Westland ranges, Fiordland, and the Southern Alps is well underway

💨 Strong northwesterly winds across many regions

An orange warning has been issued for the headwaters of the Otago lakes and rivers, which can expect up to 130mm of rain to accumulate near the main divide, by 4pm today.

Up to 100mm of rain might accumulate within 15km east of the divide, and peak rates of up to 20mm per hour and thunderstorms were possible, he said.

An orange warning has also been issued for Fiordland, which can expect up to 130mm of rain to accumulate from Milford Sound northwards, and up to 100mm further south. 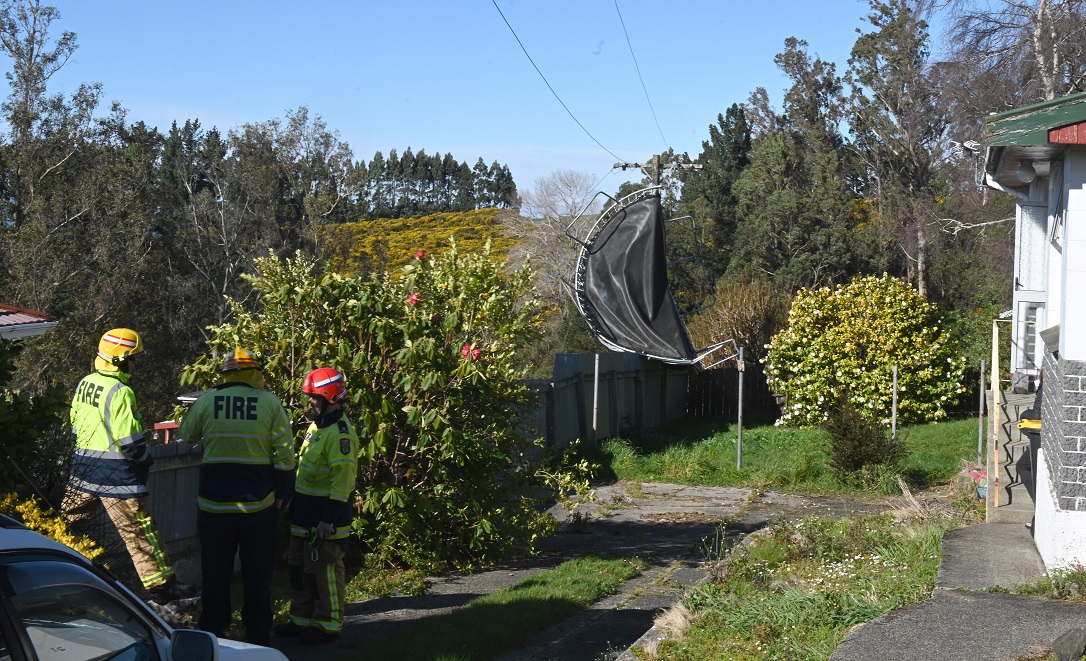 A trampoline ended up wrapped around a power pole in Statham St in the Dunedin suburb of Brockville. Photo: Linda Robertson

Peak rates of up to 20mm per hour and thunderstorms are also possible.

‘‘Heavy rain may cause streams and rivers to rise rapidly. Surface flooding and slips are also possible and driving conditions may be hazardous.’’

However, on the other side of the South Island, temperatures are expected to reach 20degC and orange warnings for severe gales have been issued.

Between 1am and 4pm today, northwesterly gales were forecast to reach 120kmh in exposed parts of the Southern Lakes, Central Otago, Clutha, Dunedin and North Otago, he said.

The situation would be the same for Southland, Fiordland and Stewart Island until 2pm.

Driving might be hazardous and checking the latest forecasts was advised. 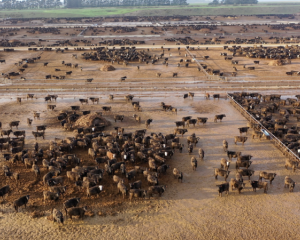 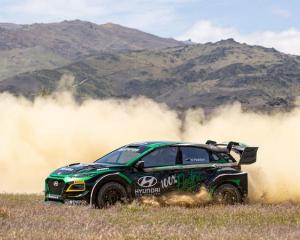 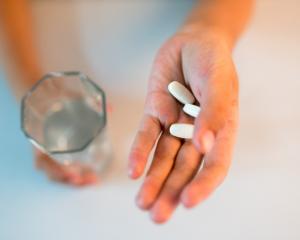