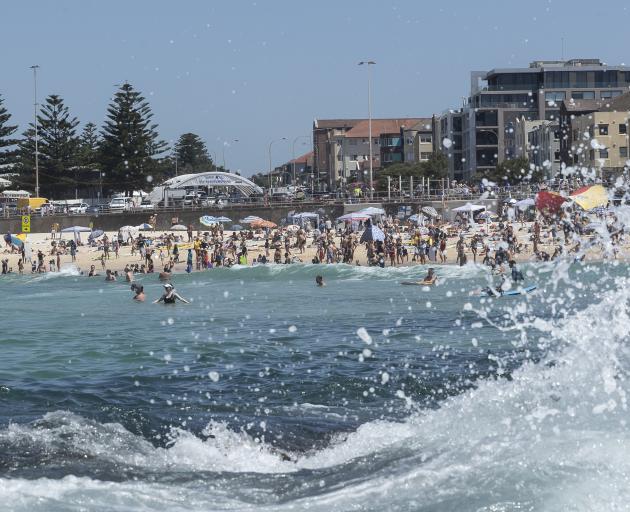 A big crowd turned up to Sydney's popular Bondi Beach on Saturday to keep cool. Photo: Getty Images
After weeks of wet and mild weather, extreme heat conditions characteristic of a typical Australian summer have arrived.

Temperatures are set to soar for at least the next four days, with some areas reaching 45 degrees Celsius.

A significant #heatwave will impact #SA, #Vic, #NSW and #ACT as temps soar over the weekend and into the #AustraliaDay public holiday.

Make sure you keep cool and stay hydrated – and don't forget your pets! 🐶🐱

"We have a large high pressure system sitting out in the Tasman and inland trough and together they're acting to funnel in a hot northerly air mass," the Bureau of Meteorology's Alexander Majchrowski said.

The air mass will bring severe to extreme heatwave conditions, with temperatures expected to reach 16 degrees above average in some areas.

As a result, fire danger will be elevated on Sunday and Monday, with the NSW Rural Fire Service warning people should use the next few days to prepare.

Bega, on the state's south coast, is expected to reach at least 39degC on Monday, and western Sydney will be in the same range on Sunday and Monday.

Victoria will also see temperatures building to a peak on Monday, with most major centres in the state's north surpassing 40degC. NSW-Victoria border towns could endure temperatures up to 44degC.

Australia Day will be hot too, with temperatures unlikely to cool off until Wednesday.

BOM meteorologist Jonathan How said conditions over the weekend in southeast Australia would be the warmest since January 2020.

"Summer is really back in full across southeast Australia ... 15 million Australians will experience the scorching heatwave conditions over the next few days," Mr How told the Nine Network on Friday.

The heatwave has lifesavers on high alert, with Surf Life Saving NSW chief executive Steven Pearce saying this is "probably the weekend we've been looking out for".

A low intensity heatwave is expected to persist in SA until next week. 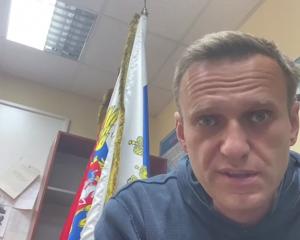 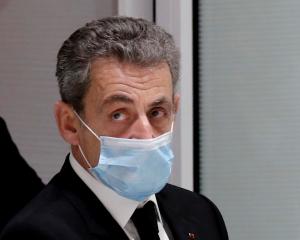 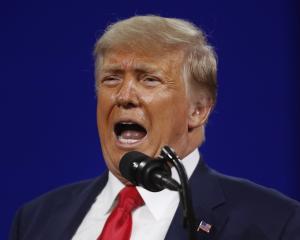