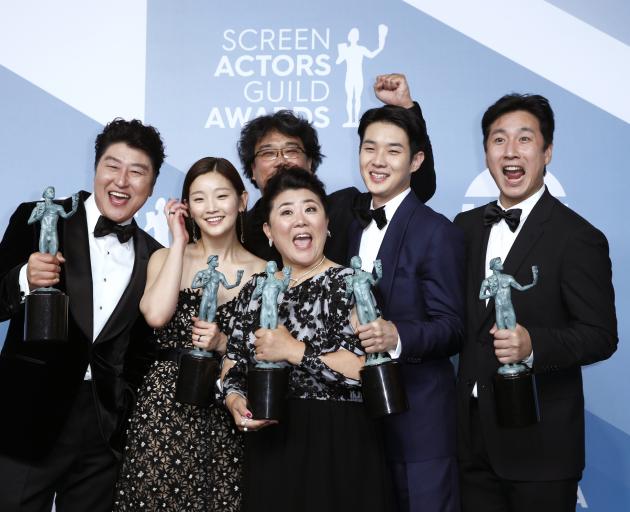 The cast of Parasite celebrate winning the SAG award for Outstanding Performance by a Cast in a Motion Picture. Photo: Reuters
South Korean thriller Parasite was the upset winner at the Screen Actors Guild awards, while Joaquin Phoenix and Renee Zellweger were named best actors, cementing their roles as frontrunners at the Oscars next month.

Parasite, the Korean language social satire about the wealth gap in South Korea, beat homegrown Hollywood movies with A-list casts The Irishman and Once Upon a Time in Hollywood to take the top prize of best movie ensemble cast on Sunday.

"I will never forget this beautiful night." Song Kang-ho and the cast of #Parasite celebrate their history-making #SAGAwards win https://t.co/FNL0viontM pic.twitter.com/kYnn7z2A9j

Winning the award, director Bong Joon Ho said it made him think that "maybe we haven't created such a bad movie."

"I am so honoured to receive this award. I will never forget such a beautiful night," he said through an interpreter. 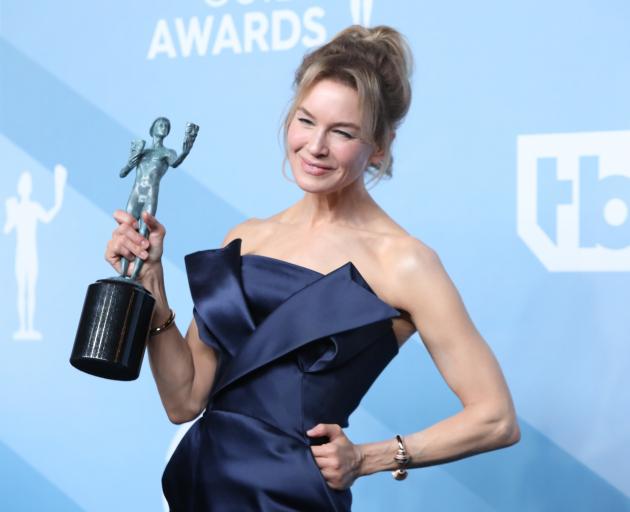 Renee Zellweger added a SAG award to go with her recent Golden Globe win for her portrayal of Judy Garland. Photo: Reuters
The SAG awards, which focus entirely on performances, are closely watched as an indicator of Oscar success because actors form the largest voting group in the Academy of Motion Picture Arts and Sciences.

Phoenix's terrifying performance as a loner who finds fame through violence in Joker has swept awards season.

"I am standing on the shoulders of my favourite actor - Heath Ledger," Phoenix said on Sunday, referring to the actor who won a posthumous Oscar in 2009 for his turn playing the comic book villain.

Zellweger, likewise, has picked up most of the prizes so far for her performance as a desperate, aging Judy Garland in biopic Judy. 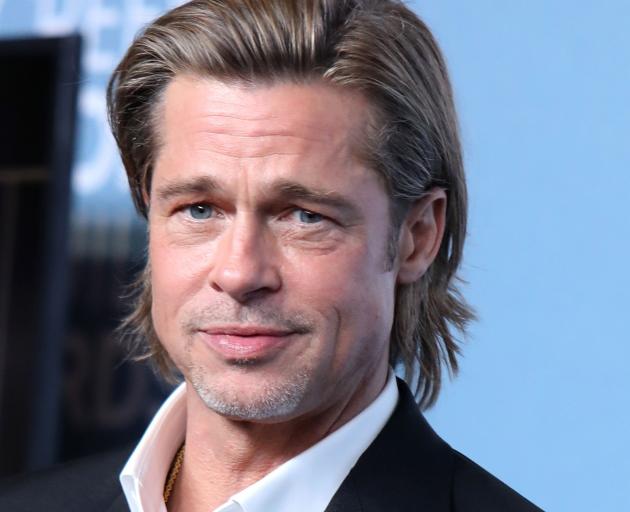 Brad Pitt won the SAG award for best supporting actor. Photo: Reuters
Brad Pitt picked up another trophy for his supporting role as a charming stunt man in Once Upon a Time in Hollywood, while Laura Dern was named best supporting actress for playing a ruthless divorce lawyer in Netflix domestic drama Marriage Story.

"It was a difficult part," quipped Pitt of his role. "A guy who gets high, takes his shirt off and doesn't get on with his wife. It was a big stretch," he said to laughter, riffing on his own life as a twice-divorced Hollywood heartthrob.

Several of the contenders for best picture at the Oscars on February 9 were not nominated for best movie cast ensemble at SAG.

De Niro, whose lead performance in The Irishman has been snubbed by the Oscars, Golden Globes and SAG, was given a lifetime achievement award at the SAG dinner and used his speech to take a veiled shot at US President Donald Trump. 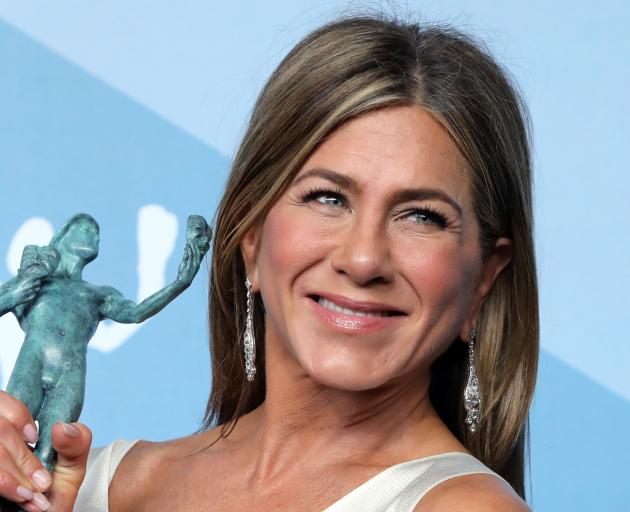 Aniston, in her first television role since the end of Friends 25 years ago, seemed visibly shocked.

"What?! Oh my gosh. This is so unbelievable," she said.

"This whole thing has been a dream and if I wake up tomorrow and find it's been just that, thank you. It's been the most beautiful dream," Waller-Bridge said.