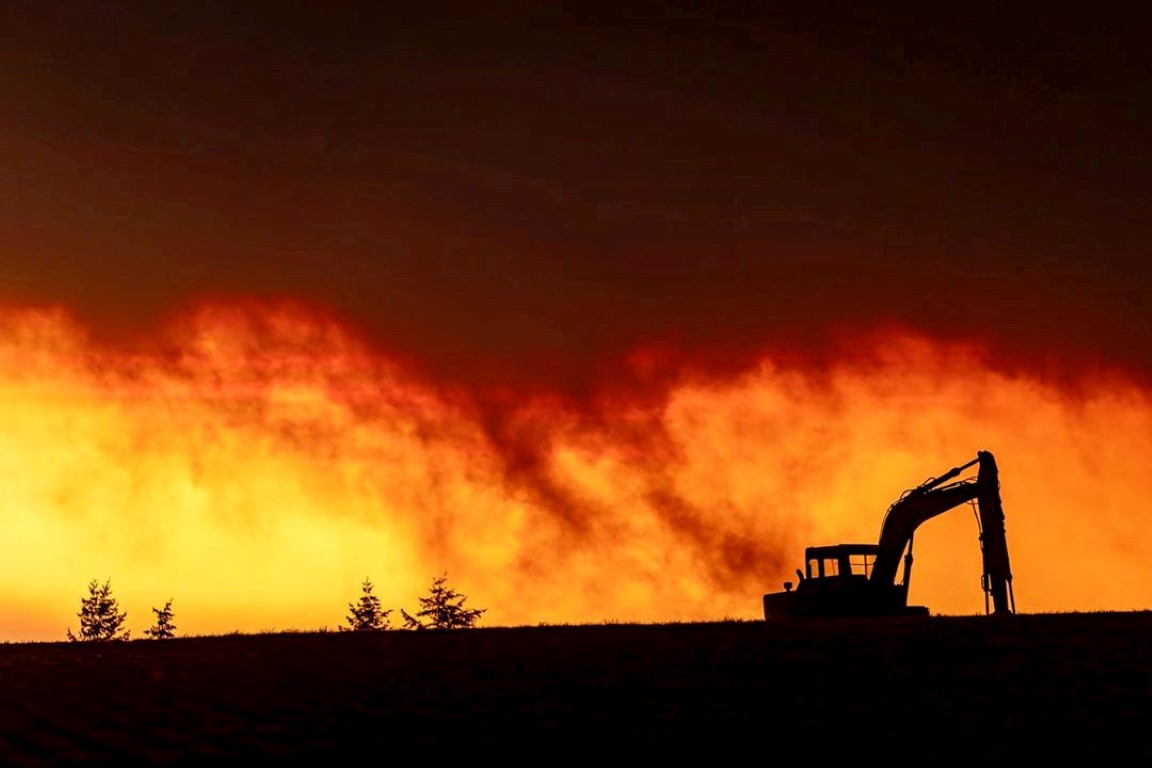 Oregon was the hardest hit state in the US west, where nearly 100 extreme wildfires were stoked by high winds and temperatures.

The towns of Detroit in central Oregon, Blue River and Vida in coastal Lane County and Phoenix and Talent in southern Oregon were substantially destroyed, Brown told a news conference.

"This could be the greatest loss in human lives and property due to wildfire in our state’s history," Brown said.

The governor gave no indication of how many people may have died, but one of Oregon's most deadly blazes was in 1936 when a fire destroyed the city of Brandon and killed 13 people.

Firefighters in Oregon, California and Washington retreated from uncontrolled blazes that forced tens of thousands to evacuate their homes and hundreds of thousands to lose power in the three states.

"It was like driving through hell," Jody Evans told local television station NewsChannel21 after she evacuated Detroit, about 80km west of Salem.

Evans fled the largest blaze in the state, known as the Beachie Fire, which threatened to join up with another blaze to the west known as the Lionshead Fire.

Mill City, an Oregon town with about 1900 residents 24km west of Detroit, had major damage on its outskirts and homes destroyed along the Santiam River, according to the mayor, NewsChannel21 reported.

To the south, parts of Medford, Oregon, a popular retirement location with over 80,000 residents in the state's scenic Rogue Valley, were under evacuation orders or warnings as a growing wildfire closed a section of Interstate 5, the primary north-south highway in the West.

The fire moved north to Medford from Ashland, where it started on Tuesday. The blaze did little damage to Ashland, home to the historic stages of the Oregon Shakespeare Festival.

But as the blaze moved northward, it heavily damaged the small towns of Talent with about 6000 residents and Phoenix, with around 5000, according to local police.