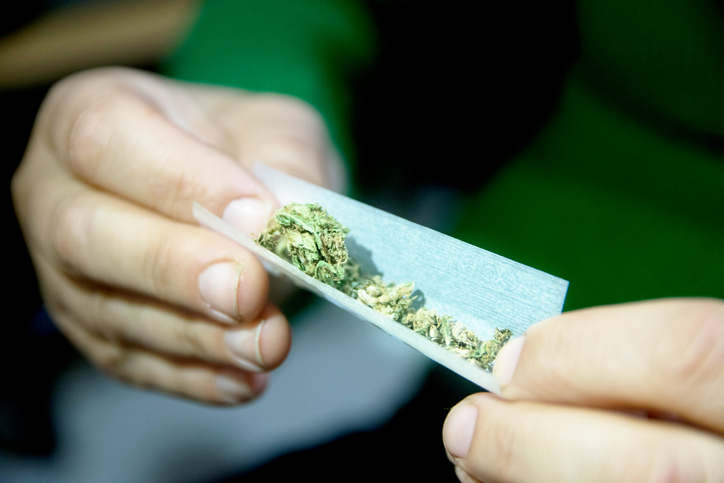 In New Zealand, any drivers who test positive for the presence of drugs - including cannabis - can be fined and immediately suspended from driving for a minimum of 12 hours.

Drivers can also face criminal penalties if they fail a compulsory impairment test and blood tests confirm impairing levels of drugs in their system.

The new study, published in the Journal of the American Medical Association, involved people inhaling vaporised cannabis containing different mixes of THC and CBD, then going for a 100km drive under controlled conditions on public highways both 40 minutes and four hours later.

"These findings indicate for the first time that CBD, when given without THC, does not affect a subject's ability to drive," said the study's lead author, Dr Thomas Arkell of the University of Sydney.

There has been substantial growth in medical treatment using cannabis-related products here and overseas.

This included increasing use of CBD-containing products for conditions such as epilepsy, anxiety, chronic pain and addictions.

Many currently available products also contained a mixture of THC and CBD.

"With cannabis laws changing globally, jurisdictions are grappling with the issue of cannabis-impaired driving," Arkell said.

"Road safety is a primary concern. These results should allow for evidence-based laws and regulation for people receiving medical cannabis."

Study co-author Professor Iain McGregor said that, with rapidly changing attitudes towards medical and non-medical use of cannabis, driving under the influence of cannabis was emerging as an important and somewhat controversial public health issue.

"While some previous studies have looked at the effects of cannabis on driving, most have focused on smoked cannabis containing only THC (not CBD) and have not precisely quantified the duration of impairment," he said.

"This is the first study to illustrate the lack of CBD effects on driving and to also provide a clear indication of the duration of THC impairment."

It comes as the Government recently passed new legislation giving police powers to conduct random roadside drug testing, and to prosecute drugged drivers in a bid to save lives on the road.

The new rules, expected to come into force next year, mean the police will be able to conduct oral fluid drug testing on drivers.

In 2018, 95 people were killed in preventable crashes where the driver was found to have drugs in their system.