Car crashes into vape shop, burns it down

It's believed the car was deliberately driven into the VapeBox building, setting it alight. Photo / Hayden Woodward

An Auckland vape shop was destroyed overnight when a car was deliberately driven through the front of the building and set alight, authorities believe.

Fire and Emergency NZ was called at 3.05am to a report of a structure fire in Epsom with people possibly still in the building, northern shift manager Daniel Reilly said.

When fire crews arrived the two-storey building at 471 Manukau Rd - the premises of VapeBox - was "well involved" in fire.

"The crews have got here, found a very intense working job and have got into it really quickly and knocked the fire," Onehunga senior station officer Jason Cameron told media at the scene.

The fire had been extinguished and crews were working to establish the building's integrity.

There was sleeping accommodation above but everyone had been accounted for, Cameron said.

"We're just working to make the scene safe for police to do their work."

St John was called to the scene at 4.42am, with three ambulances attending. One patient was treated in a moderate condition and two in a minor condition; none were taken to hospital.

Police said the car had been driven through the shopfront and set alight.

They were making enquiries to identify the offender or offenders.

"CCTV footage is being reviewed as part of those enquiries. A scene guard was in place overnight and an examination of the scene will be taking place this morning."

Thirteen crews were sent to fight the blaze. Standby crews were staying at the scene until
specialist fire investigators arrived this morning to determine the cause of the blaze, Reilly said.

The Herald understands VapeBox had also dealt with a rubbish fire the previous day, but authorities have not confirmed that incident.

Fire crews have also been busy fighting a large vegetation fire overnight in Okura Bush, near Albany in north Auckland.

Crews have been battling the blaze since 10.30am, and it measures 100m x 200m, Reilly said. Extra crews would be arriving at dawn.

The fire was not threatening any buildings, Reilly said.

Fire and Emergency had also been called shortly after midnight to a house fire that started in the ceiling void. A specialist fire investigator would be heading back this morning to determine the cause. 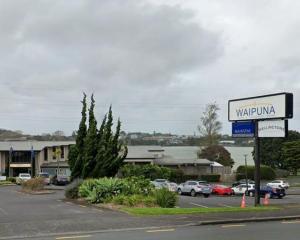 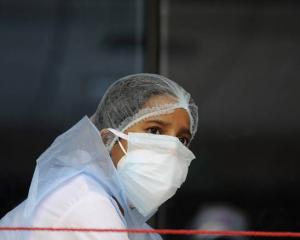