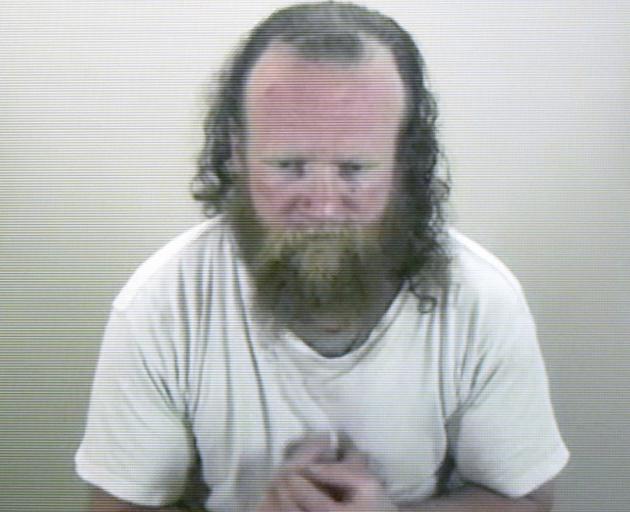 Luke Lambert can now be identified after his name suppression spanning the last seven months lapsed. PHOTO: CHRISTINE O’CONNOR
Just minutes before a man went on a stabbing spree in a Dunedin supermarket he made a chilling comment to a friend.

"Someone is going to get it."

Chaos ensued when Lambert walked into Countdown Dunedin Central on May 10 at 2.35pm but Crown prosecutor Richard Smith said it was not his first trip to the store that Monday.

The defendant had earlier wandered around the premises for half an hour before buying a pie and soft drink, but had insufficient funds for two cans of beer.

He was later seen by an associate in the Octagon "agitated and pacing around" and complained he was not being given his medication.

Police had scoured the defendant’s medical records and there was no evidence he had been refused prescription drugs, the court heard.

When Lambert returned to the supermarket, he pulled a pack of four knives from a shelf, each with a 7cm blade.

In the pharmacy section, he put his backpack down and removed two of the knives from their packaging.

He first approached a staff member who was stocking a shelf, slashing her face from ear lobe to chin and pushing her to the floor.

Lambert climbed on top of her and continued raining down blows, causing wounds to her head and arms.

One of the store’s senior managers Dallas Wilson pulled the attacker off the prone woman and held him from behind as Jorge Fuenzalida pitched in.

Lambert was still able to reach back and wound Mr Wilson three times in the abdomen and once to his pelvis.

He then turned his attention to Vanessa Andrews who was walking towards her husband Mr Fuenzalida.

She fell to the floor after the defendant stabbed her twice in the back.

Mr Fuenzalida, who had also been knocked over was then attacked and Lambert stabbed them alternately and repeatedly as the couple tried desperately to help each other.

Mr Fuenzalida suffered a deep wound to the left side of his neck, which came within 1cm of major blood vessels, as well as a broken wrist.

Supermarket staff, members of the public and off-duty police restrained the defendant at the scene and administered fist aid to the victims.

The list of injuries was so long, each victim took up a page of the Crown summary of facts.

Mr Wilson, who was discharged 10 days after the incident, called it a "random attack" and paid tribute to those who subdued Lambert at the scene as well as those who provided medical treatment in the aftermath.

Ms Andrews and Mr Fuenzalida were last to leave hospital and released a statement through police in June saying what happened remained very much on their minds.

"We try to help people where we can, and that day we heard people in distress. During the process we both got badly injured,'' they said.

Lambert was given a first-strike warning and will be sentenced in May.