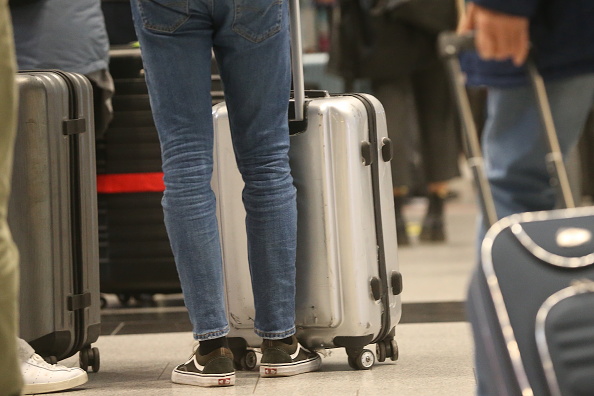 Travellers were told that they needed to have themselves weighed as well.

Broadcaster Hilary Barry shared her own experience, tweeting that the experience was "not ideal".

OMG Air NZ announces to everyone in the terminal it’s conducting a survey to weigh both passengers and hand luggage today. That won’t be embarrassing AT ALL. 😂 (They also said it’s a requirement they do it every 5 years.)

"A customer and crew weight survey is completed every five years to meet regulatory requirements," he said.

"In order to fly safely and efficiently, we need to calculate the weight, balance and fuel requirements of each and every flight ahead of take-off. To do this, we need to know the average weight of our passengers, crew and cabin baggage.

"All data is collected anonymously and results cannot be seen by the data collection team or other customers. Although participating is not compulsory, we do really appreciate our customers helping out."

"Funny. That is approximately how often I weigh myself," one joked.

Another added: "It genuinely wouldn't be embarrassing at all if society wasn't so fatphobic."

A third said: "Happens in the UK as well. In the UK no one sees the person's weight. It is to keep up with the full weight of a plane to ensure that safety is maintained.

It's not the first time this has happened around the world.

In 2016, Hawaiian Airlines requested passengers step on the scales prior to boarding as part of a wider survey so staff could assess where they're best seated in the aircraft.

The policy emerged publicly after two American Samoan businessmen complained to the US Transportation Department that Hawaiin Airlines had forced them to take to the scales prior to their flight from American Samoa to Honolulu.

The airline insisted the process was necessary because the Boeing 767 aircraft it used on that particular journey required an even distribution of weight.

Scandinavian airline Finnair has been weighing passengers since 2017, stating that it's purely for research purposes.

Uzbekistan Airways also require passengers to step on the scales, in an effort to "ensure flight safety".