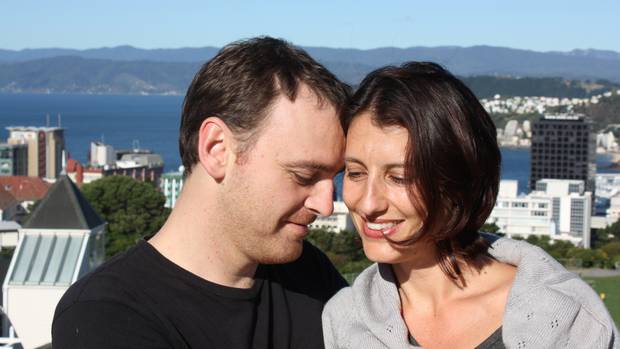 Lecretia Seales with her husband Matt Vickers in 2011, a few days after she was diagnosed with brain cancer. Photo: Supplied file
Dear Lecretia,

I got married again like you hoped I would. It was difficult for a while, opening up to someone else after losing you. But I did find someone and she is extraordinary. You would like her. We have a daughter now, too. It hurts to know how much you wanted to have a child with me, but I think you'd still be happy for me now if you could see me. I hope you would be proud of the man I've become.

I moved to New York. You told me how much you loved it here. We never visited together, but when I first arrived I'd often see something or experience something and wish you could be there to share it with me. I went to a restaurant by myself, on our wedding anniversary, and tried to imagine you there with me. It's a blessing that photographs don't fade any more, but I'm afraid that memories still do. I can see you in my mind's eye, but trying to conjure your essence has become harder and harder. I can't pretend to hear you reply to me anymore. I'm losing my hold on you.

But perhaps that's as it should be. You taught me that life is for living, and now that you are gone, I can do you the most honour by living a full life. It is getting less painful to do that as your memory fades, but I will never truly forget you, and our time on this earth together will always be a part of who I am.

You'd be amazed at what has happened in the past five years. You talked about your court case starting a conversation and getting people thinking. It did all that and more. You're not going to believe it, but David Seymour, the ACT MP, took up your cause and proposed legislation to enact the choice you wanted. 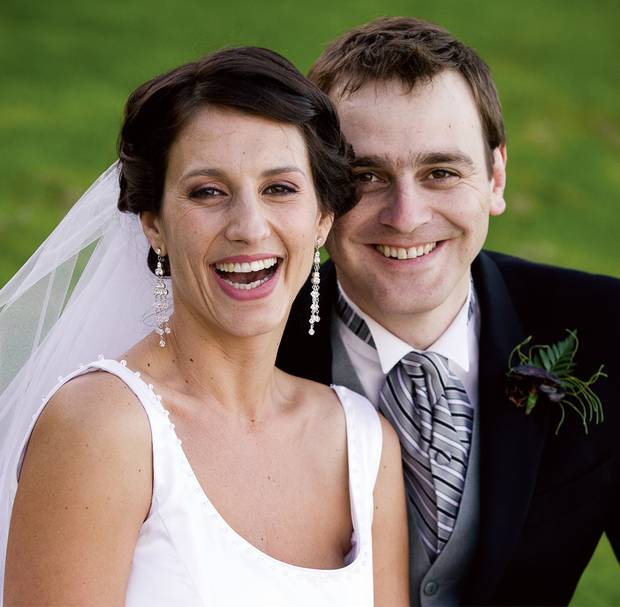 Lecretia Seales with her husband Matt Vickers on their wedding day in April 2006. Photo: Nicola Topping, file
I know what you're thinking. A minor party MP - what chance would he have? Well, he actually did it. I couldn't believe it either. He worked with me and a few of your friends and supporters and a cross-party team of MPs and together we got it passed. Your story inspired people of all political persuasions.

Ultimately you showed people that it just made sense that a rational person should not have to suffer in the last stages of their terminal illness. Giving someone control over how they would die is an act of compassion and kindness.

Other people were inspired by your story and came forward too. All of them, together, got us to the point we are at today. There were so many other stories, each heartbreaking and tragic in their own way, each yearning for the peace of mind that the End of Life Choice Act would provide.

I am so proud of what you inspired in others.

The law that finally passed is simple and very strict. To receive assistance, a person must be over 18, have a terminal illness likely to end their life in six months, in an advanced state of irreversible decline, experiencing suffering unbearable to them, and must be competent enough to know what they're asking for and to be able to make an informed decision. At least two doctors must agree the person is eligible and free of coercion.

Learning about these laws took me all over the world. I went to Switzerland, Australia, the Netherlands, the United States, Canada,and Colombia. I can assure you that this is one of the strictest laws of its type on the planet. You'd be very proud of it.

It won't be easy for people to access assisted dying, but I think you'd agree it doesn't need to be easy. To give people hope in a hopeless situation, it just needs to be possible.

There is one final step, though. The law will only be implemented if it passes a referendum at this year's general election. 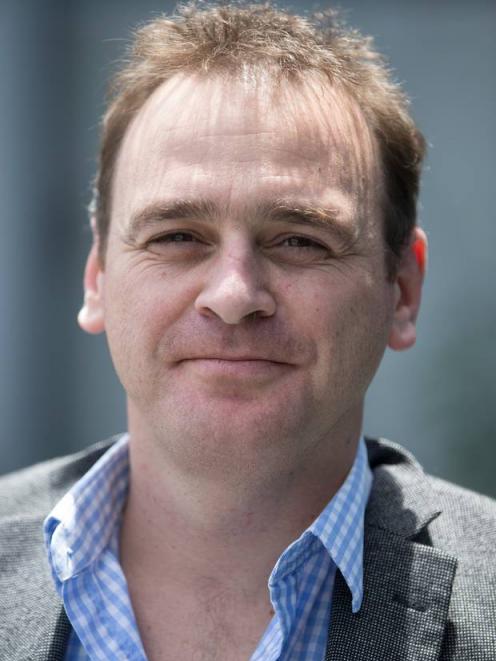 Matt Vickers. Photo: Brett Phibbs, file
I have faith that the people of the country you lived in and loved will pass the law and vote yes for the End of Life Choice Act. I can think of no more fitting end to this story than one where the choice you fought so hard for is made available to those New Zealanders who need it. That your choice becomes a choice for everyone at the ballot box. And that those people vote yes, and that terminally ill people have a right of autonomy and agency given to them so that they can have a say about how they die. It's embarrassing that some Australian states have now achieved this before we have. But we now have a chance to catch up.

One day soon, after this election, I hope to visit your grave, and to kneel there and to tell you all of this in person, and that you did it. That you helped change the world for the better and that you'll never be forgotten. I want that for you so badly, Lecretia. You were pure of heart and selfless and one of a kind and you deserve to be remembered.

It has been a long journey, and in my heart, I know I need to let you rest. Five years is a long time to keep flying your banner. I hope that with a successful result in September, I can finally lay that banner down. And then I can move further down the path you wanted for me: move on, live my life, be happy, and place all of my love here among those living. Never forget you, but learn to live without you. And let you take your place among the heavens.

I promised to fight your cause for you when you couldn't, and I hope you'd agree that I've kept that promise. And now, I promise to let you go when this is all over, and we have this law in place in New Zealand. I hope that with the help of all New Zealanders, come September, I can keep that promise to you, too.