Face to face: Judith Collins meets the adoring supporter who got a tattoo of her on his leg 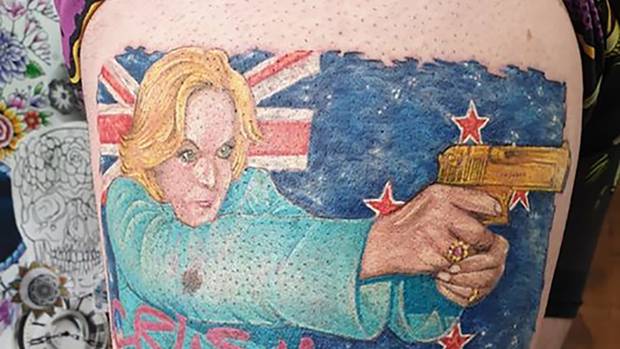 The tattoo of Judith Collins aka Crusher Collins on the leg of National supporter Nik Given of Te Aroha. Photo: NZH
National leader Judith Collins will front media this afternoon from Matamata - after meeting the man who got her face tattooed on his leg.

Collins met Nik Given and his partner Mel at a café, when they spoke about Covid-19, the lockdown and how the debate went last night.

Given was wearing pants so he did not have the tat on show, but he asked Collins to sign her book.

Asked if he would get another tattoo of an MP, he tossed up getting a David Seymour – Act's leader – face on his other leg. 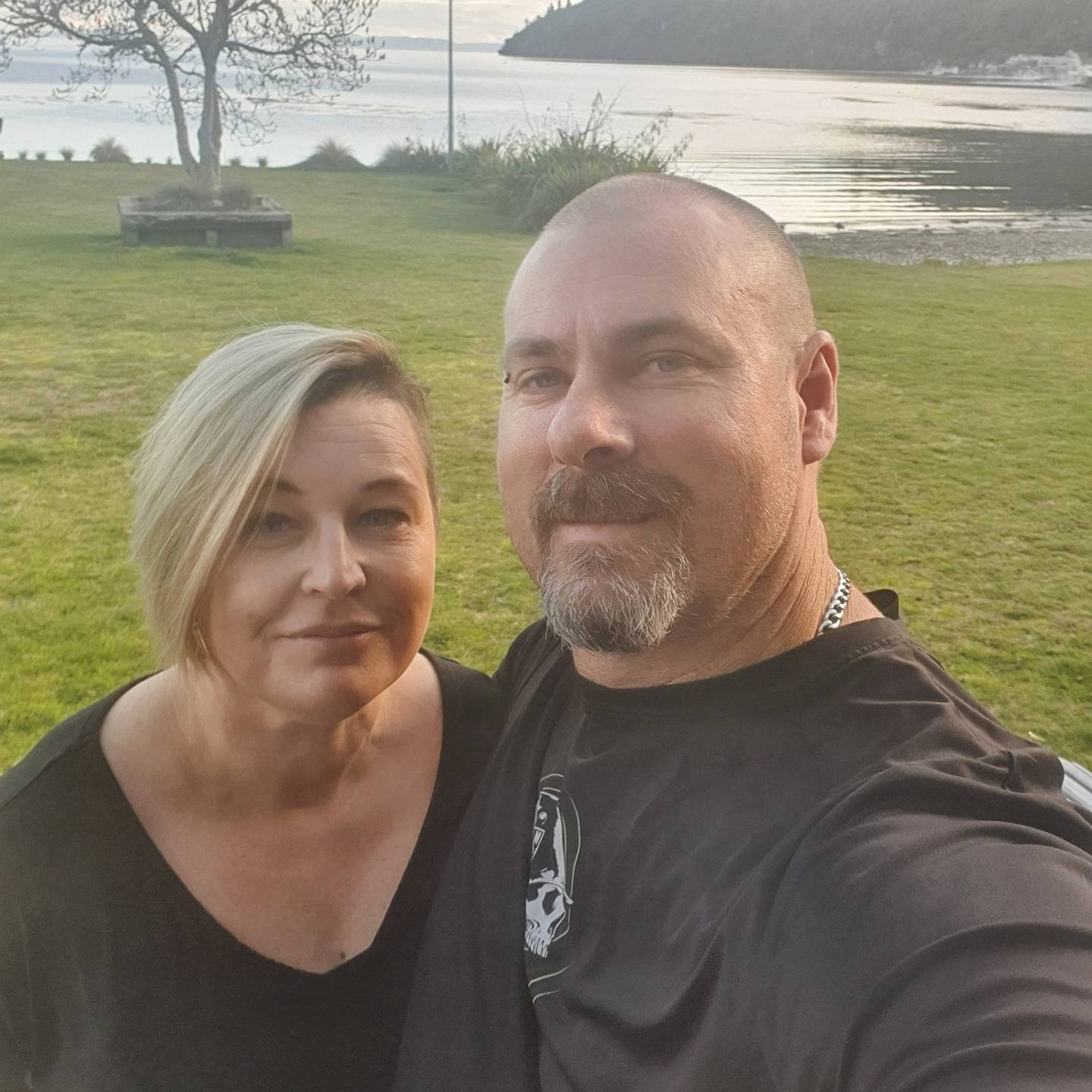 Mel and Nik Given of Te Aroha are big National supporters. Photo: NZH
Collins, the Givens and local MP Tim van de Molen talked in front of press for roughly half an hour.

The National leader said the tattoo – of the iconic photo of her holding a gun – made her look a bit like James Bond.

Collins and her team are in Matamata today, making various stops along the campaign trail.

She is from this area – a traditionally blue seat - and has a strong support base in the region.

Collins was in high spirits after last night's debate, where she declared herself the winner.

Punters and political commentators also picked her as the winner.

But, on current polling numbers, National's support is trailing Labour's, which could govern alone on the 1News/ Colmar Brunton numbers.