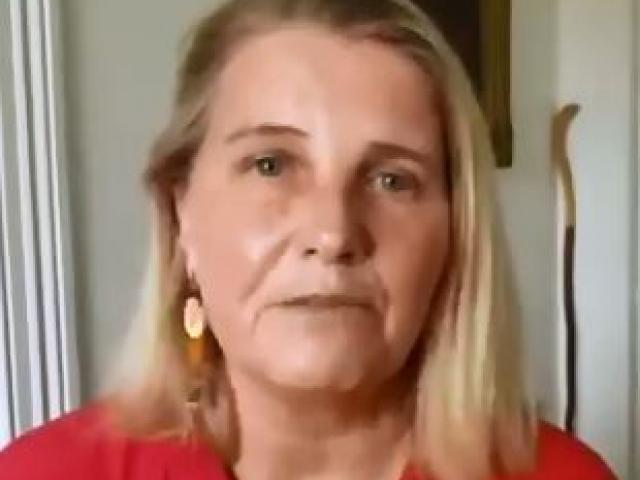 Liz Gunn. Photo: NZ Herald
A former TV and radio presenter has backed away from her earlier claim that Mother Earth created an earthquake out of displeasure with Prime Minister Jacinda Ardern's Covid management plan.

It comes after Ardern had been holding a press conference last Friday to unveil the nation's new 90 per cent vaccination target and traffic light system for handling the virus when an earthquake hit the central North Island.

"Our mother, our jewel, this beautiful country said enough, enough," she said.

However, Gunn today told Newstalk ZB's Heather du Plessis-Allan that she had been using the earthquake as a metaphor.

"The metaphor is that we are all collectively getting broken."

Du Plessis-Allan said to Gunn that she had talked about having a heart condition in her video and asked whether she had a medical exemption for not getting the Pfizer Covid vaccine.

"I do not give out my personal medical details," Gunn responded.

"I do not ask people personal medical history. What has happened to our country?"

Gunn said she respected du Plessis-Allan's right to have a different opinion on issues.

"I'll get into Parliament if I have to and defend your right to do what you want with your body," she said.

Gunn posted her video on Saturday. In it, she said the introduction of vaccine passports was a way to divide the nation and segregate people with different vaccine statuses from one another.

During a 10-minute interview with du Plessis-Allan today, she said she had received lots of emails of support since posting her video.

"The emotional side of me, I often read these and I have to stop and I have to weep for our country," she said before reading aloud one letter she said she had received.

She was part of the original TVNZ Breakfast team alongside Mike Hosking and Susan Wood in 1997.

In 2001, Gunn took Alison Mau's place as host, forming a team alongside Hosking.

But she sparked headlines in December that year when she quit the programme live on air. At the time, it was reported that Gunn and Hosking had not clicked as a presenting team but TVNZ bosses were left scrambling when Gunn told viewers she wouldn't be back in 2002.

During that time, Gunn also worked at Radio New Zealand, hosting a number of shows before finishing up in 2016.

Gunn's latest video came after Ardern announced on Friday that New Zealand would move to a traffic light system to manage Covid-19 when District Health Boards have 90 per cent of their eligible populations vaccinated.