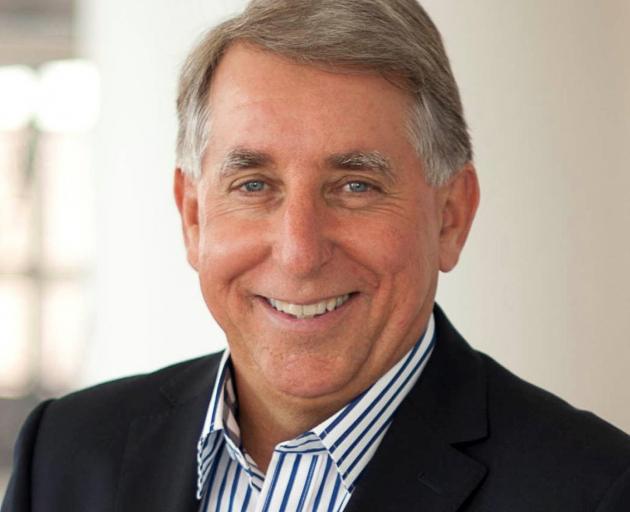 Fletcher chairman Bruce Hassall. Photo: supplied
KiwiSaver provider Simplicity and the Shareholders' Association are calling for heads to roll at Fletcher Building over the Gib shortage.

The two groups came away disappointed from a meeting with the company last Friday to voice their concern and criticism over the shortage.

Simplicity had already dumped Fletcher Building as a supplier to its social housing project and has started importing plasterboard directly from overseas at a cheaper price and quicker delivery time.

In a letter to Fletcher Building chairperson Bruce Hassall, the groups said they were holding the board and the company fully responsible for the shortage, and criticised its attitude to stakeholders.

"We have yet to see any 'mea culpa', or substantial admittance of fault for FBU's role in the current plasterboard supply crisis.

"Your refusal to acknowledge the existence and depth of stakeholder dissatisfaction speaks to a corporate culture based more on hubris than humility."

They said Fletcher Building had poor risk management and business decision-making, exemplified by the way it had handled the Gib supply crisis.

"This performance has occurred while being governed by one of the highest paid public company board of directors in New Zealand.

"The chair received over $344,000 in directors' fees last year, and the lowest-paid director over $170,000. Fees of this magnitude should result in superior share price performance and delighted customers. They have not."

It called on Hassall to resign and the other directors to put themselves up for re-election at the next annual meeting.

They also called for independent reviews in Fletchers' culture and conduct and risk management processes, saying the company seemed to have learned nothing from the crisis that engulfed it five years ago leading to massive losses and asset writedowns and a shareholder revolt.

Shareholders Association chief executive Oliver Mander told RNZ's Checkpoint programme today that problems at Fletcher Building were not new, and the company was not taking into account customers and shareholders in its decision-making.

"We think that there's more they can do and more factors they should consider in terms of their responsibility to the entire market, not just the company."

He said company shareholders had lost about 20 percent of the value of their investment in the last five years.

If shareholders had invested in the NZX 50 instead of Fletcher, they would be up by 40 percent, which was a material difference, he said.

There had been a performance decline around the culture of the company, which had been in a privileged position in the NZ market, he said.

"He's the chair of the company so he's the person Ross Taylor reports to, so ultimately we think the buck stops with the board," Mander said.

"What has happened with the GIB crisis, that is something that has unfolded under the watch of the current board so really we think that responsibility and accountability should be atoned to them."

However, Mander said there had been mixed reaction from shareholders to Taylor's ardent defence of his company in recent weeks.

Simplicity's decision to drop Fletchers as a GIB supplier for its social housing projects provided evidence that was potential for a customer revolt, he said.

"They have around 90 customers who are now extremely concerned about supply security of the market and what has unfolded over the last few months.

"I think that provides a degree of evidence of what we're trying to say that there is actually a heightened risk both in terms of reputation and actually political risk because of the very nature of the position that Fletchers hold in the building market."

Although the Covid-19 pandemic and the subsequent rise in building supply demand had undoubtedly affected the business, Ministry of Business, Innovation and Employment reports from 2019 had signalled a significant increase in building concerns through to mid-2021, he said.

"To some extent we think that forecast demand was available and also in terms of the impact of Covid-19 look that has impacted every industry and every company it's really only in this example that we've seen a supply shortage result."

With the government showing more active interest in the Fletchers' actions, Mander said any regulatory risk was the result of the company's own doing.

At a post-Cabinet media briefing on Monday, Prime Minister Jacinda Ardern said: "We've already indicated some time ago that we're concerned around the issue of building supplies in New Zealand, that is something that is already on our agenda, but looking specifically at the issue of Gib and access to it, yes I am concerned.

"Obviously we have a focus as a government on building more houses given we have been tackling a housing crisis, and anything in terms of building supplies that stands in the way of that, yes, we're of a mind to make sure we play our role in addressing that where it is viable."

Fletcher Building said it had received the joint letter, but ignored comment on the call for Hassall's resignation and independent culture and risk reviews.

"We will continue to engage with both parties directly," it said.

"Both the board and management understand and sympathise with the difficulties our customers are facing."

It said it was running plants around the clock to maximise local production of plasterboard, while importing from oversees and getting to local customers as soon as possible.