High School removes name from blazer for next year 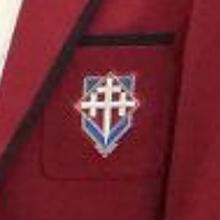 The crest as it will look next year. Photos: Supplied
Kavanagh College has stripped its own name from its school uniform for next year, as concerns about the link to a dark chapter in Dunedin's history continue to swirl.

New principal Kate Nicholson yesterday confirmed the name had been removed from the college blazer for next year.

The decision was made earlier this year in response to "significant public discussion about the appropriateness of a name change for the college", she said.

"The uniform items needed to be produced ready for term 4 purchase and, due to time pressure, a decision was made to leave the name off with a view to changing that one way or another at a future date," she said in a statement.

Any final decision on a name change for the college remained with the Catholic Bishop of Dunedin, the Most Rev Michael Dooley, as the proprietor of the Catholic college, to make, she said.

"We know that he is committed to following a thorough process to produce the best outcome," she said.

Bishop Dooley could not be contacted yesterday.

The college took its name from Bishop John Kavanagh, who between 1949 and 1985 was Dunedin's fourth Catholic bishop. 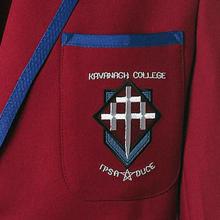 The Kavanagh College crest as it looks now.
An ODT Insight investigation has revealed significant sexual offending by priests, religious brothers and lay teachers within the Catholic Diocese of Dunedin during the period overseen by Bishop Kavanagh.

He has also been criticised for his handling of former Catholic priest Magnus Murray, whose offending against Dunedin boys emerged in 1972.

Bishop Kavanagh moved Murray to Australia, but later endorsed his return to public ministry in the North Island, where more victims have since emerged.

He was convicted for crimes in Dunedin in 2003 but only defrocked by the Vatican earlier this year.

The revelations have prompted calls for the college to change its name and an investigation by the Catholic Church in New Zealand - through its National Office for Professional Standards - examining Bishop Kavanagh's role.

That investigation has been referred to the Vatican for "direction", following the release of new procedures by Pope Francis earlier this year, but an outcome is yet to be made public.

Yesterday, former Kavanagh College pupils Christian Unkovich-McNab and Sam Murphy - who organised a public meeting and a petition calling for the college to be renamed - said the uniform change was "a step in the right direction".