Film star Joseph Gordon-Levitt has opened up about life in New Zealand and what it has been like experiencing the country's effective Covid-19 response.

In an interview on The Tonight Show Starring Jimmy Fallon, Gordon-Levitt was full of praise for New Zealand and its people after relocating his family down under.

It is understood the Hollywood actor moved to Wellington last year to escape the pandemic and continue the production of new films and television series.

In October he told The Talk: "We couldn't find a way that felt really safe to us, so we came here to New Zealand."

Gordon-Levitt revealed his children are enrolled in school in New Zealand and that he has been blown away by Kiwis' hard work in keeping Covid-19 out of the country.

"It's the morning; I just dropped off my boy at school," he told Jimmy Fallon, something children around the US had not experienced for months.

"Man it's good, I feel so lucky. I almost feel guilty talking about it sometimes. If you don't know, New Zealand is one of only two countries in the world that has contained the pandemic." 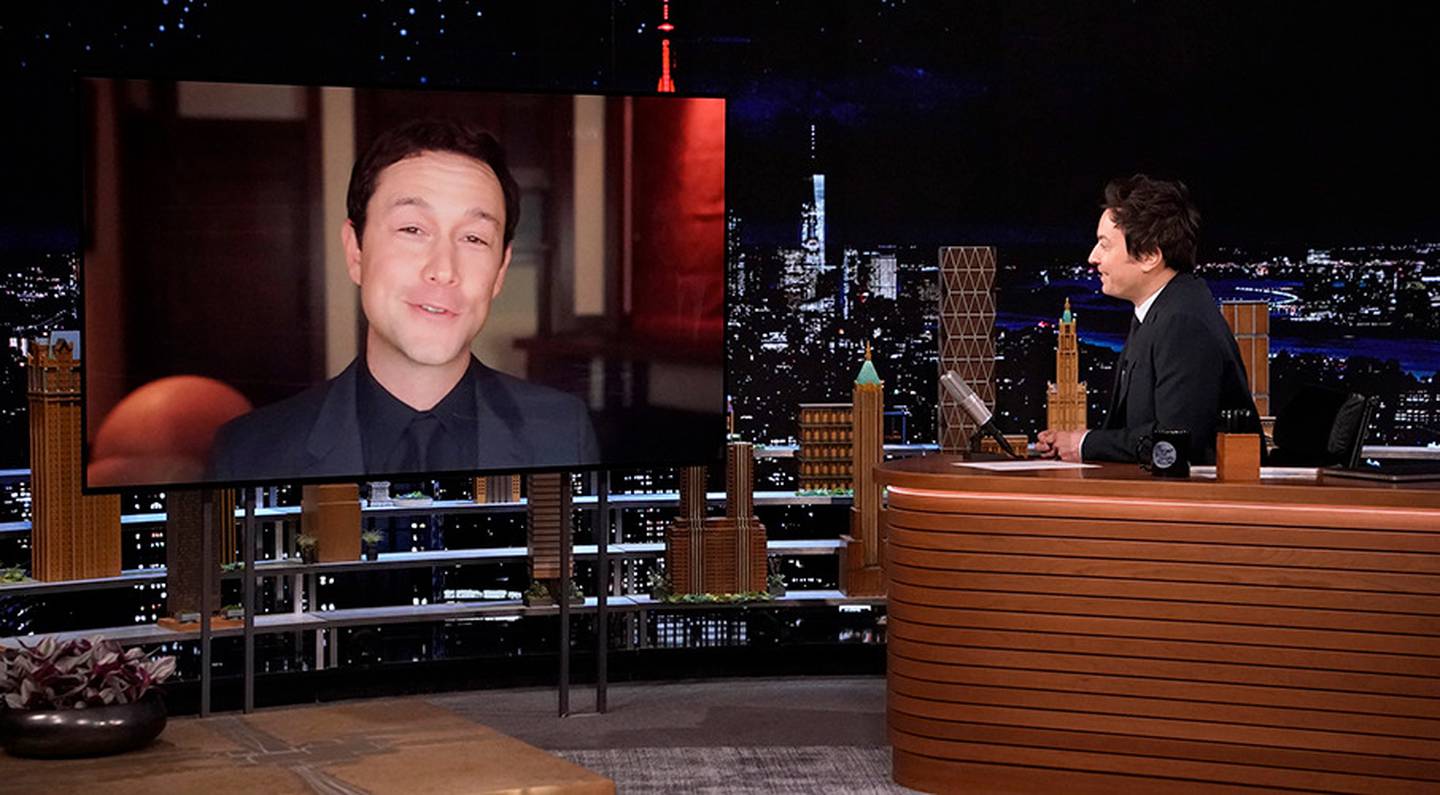 Actor Joseph Gordon-Levitt told Jimmy Fallon how lucky he feels to live in New Zealand. Photo: Getty Images
Gordon-Levitt said it is surreal to think the rest of the world is getting sick, while he's able to freely go to work without even having to wear a mask.

He also praised Jacinda Ardern and Kiwis for their leadership.

"I came here for work, luckily. It's hard, obviously, so much of the world is going through such a hard time and people are getting sick and dying. Here we are and I get to go to work every day and not wear a mask, and drop my boy off at school, I feel really lucky.

"I have to hand it to the people of this country. They have an amazing leader, Jacinda Ardern, which by the way I don't think it's a coincidence that the country led by a woman handled it [Covid-19]."

In November, 40-year-old Gordon-Levitt, who was born and raised in Los Angeles, reached out to the wider Wellington community with a spontaneous announcement that he was going to the movies and asked others to join in.

He put a call out to Wellingtonians to attend an evening screening of the David Fincher drama Mank at The Roxy Cinema in Miramar.

"I'm going to go to the movies tonight. It's actually my first time going to a cinema in nine months or something, since before the pandemic hit.

"I'm going to see a movie, with a friend of mine I'm working with right now, called Mank, an incredible new movie that David Fincher did," he continued.

"My friend's is named Arliss Howard, he's a fantastic actor, we're working together here, and he's in this movie, and we're going to go see it in a theatre."

Gordon-Levitt mixed and mingled with star-struck punters who were keen to have a photo and a chat with the Hollywood star.

The actor is one of a growing number of overseas film and TV industry workers granted entry to New Zealand, despite Covid-19 border restrictions.

The now-Wellingtonian resident's latest Emmy-winning series, Create Together, premieres on April 22 (US time) on YouTube.

Create Together invites friends and families from all over the world who are coping with this unprecedented time of isolation to come together and showcase their creativity and collaboration.