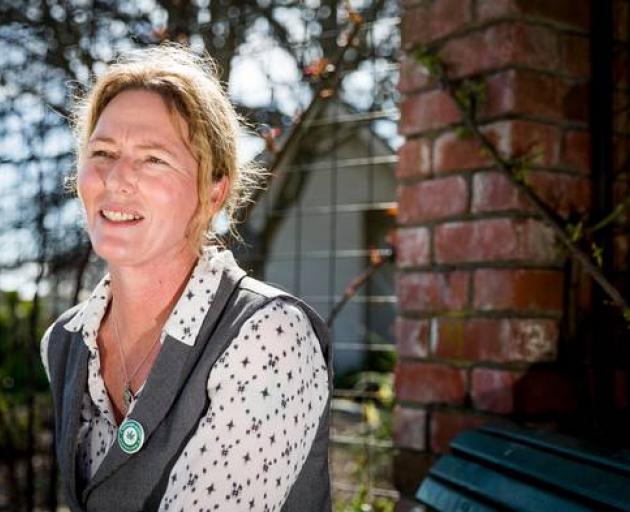 Rose Renton is a loud voice in support of medicinal cannabis after her son used it before he died. Photo: Mike Scott
"Green fairy" Rose Renton is having her Kiwibank account shut down less than a year after the same bank awarded her a "local hero" medal.

Renton has been a prominent campaigner for medicinal cannabis since the death of her son Alex in 2015, for whom she had fought for the right to treat with cannabis products.

The following year she presented a 15,000-signature petition to Parliament, urging the Government to make medicinal cannabis more available.

In October last year, Kiwibank gave Renton a "Local Hero Medal", but the bank has just written to Renton to tell her that her bank account will be closed on September 14.

In a letter, posted by Renton on Facebook, Kiwibank refers to its general terms and conditions, which states that accounts can be closed if "we reasonably believe that you have acted, or are acting, unlawfully".

Renton, who is from Stoke near Nelson, said in her Facebook post that she received the letter today.

"Bullying at bank level, government level - what sort of society are we accepting?

"Please share so others are aware of their NZ owned bank and its policies... disappointing Kiwibank." 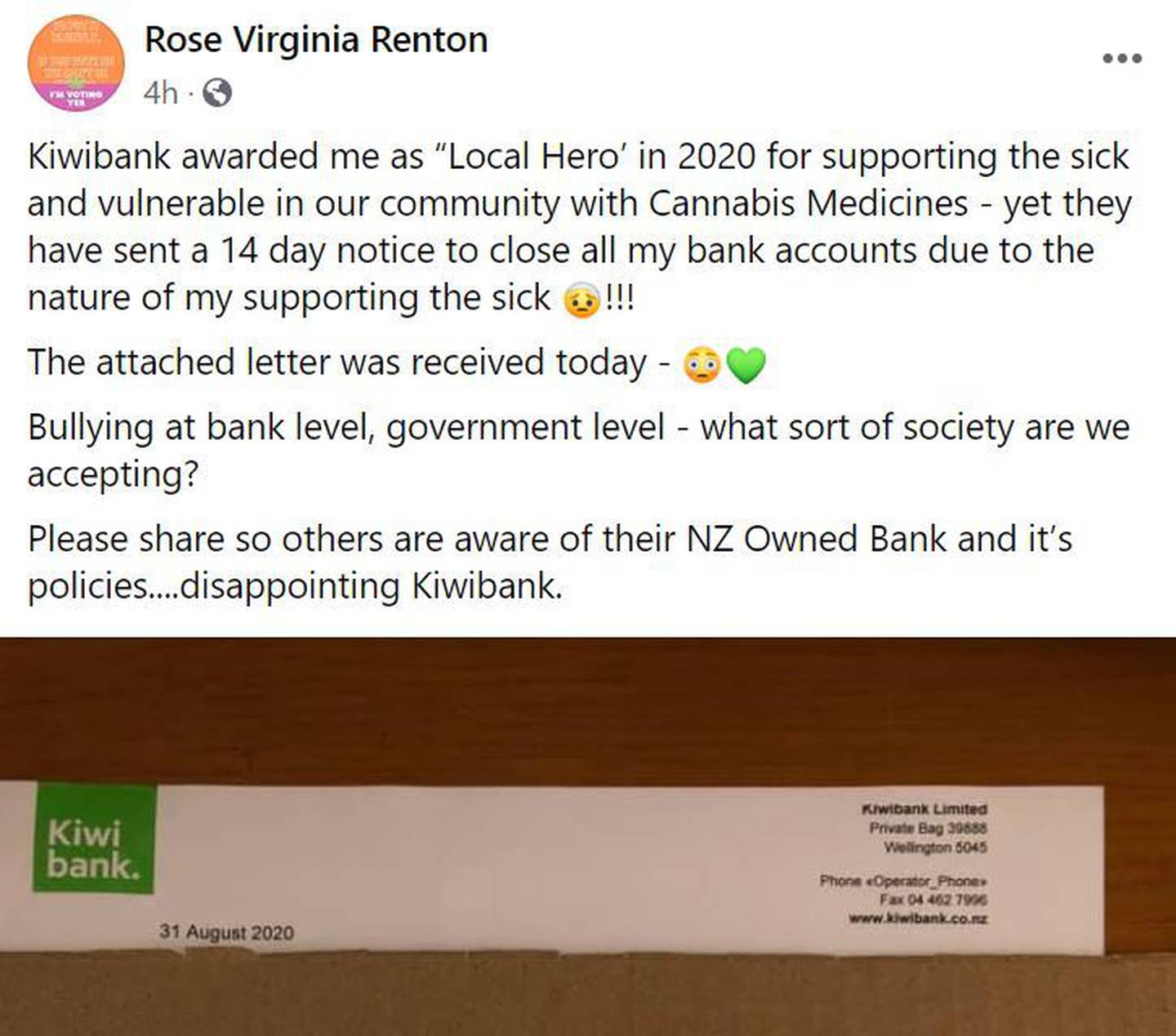 In February last year, Renton was discharged without conviction on charges of cultivating 58 marijuana plants, after a judge ruled a conviction could stop her becoming a supplier of medicinal cannabis.

Green MP Chloe Swarbrick, who has been a staunch advocate of making medicinal cannabis more affordable and available, said the illegality of cannabis had put the bank in a difficult position.

"Rose Renton was recognised as a local hero in the Kiwibank awards because of her efforts to ensure people in pain and suffering get access to medicinal cannabis. 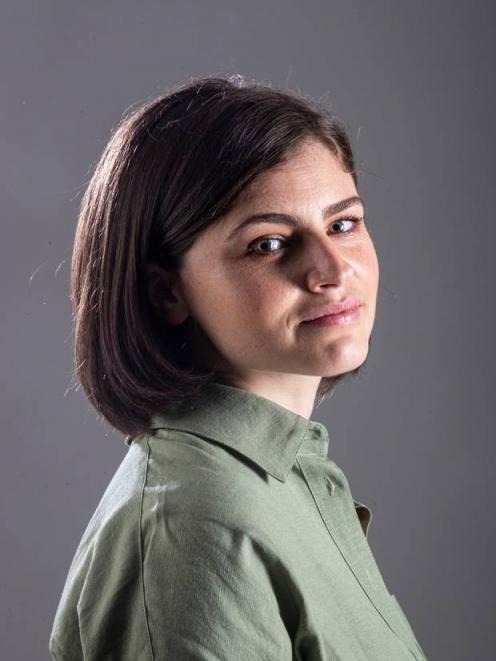 Green Party list MP Chloe Swarbrick. Photo: Jason Oxenham
"And the bank is trying to follow its rules, and right now cannabis - though incredibly widely used in this country - is illegal."

Swarbrick said the legal medicinal cannabis regime also put Renton in a difficult spot because selling CBD oil isn't illegal, but growing the plant to extract the oil is illegal.

"'Green fairies' are in worse than a grey area. They're left in the black market due to the current difficulties with the medicinal cannabis market.

"It's really gutting this has happened to Rose, but it also highlights how unjust the current system is.

"This is the very ugly side of the movement for change. That's why we need this 'yes' vote in the referendum [on recreational cannabis use]."

The Government passed legislation in 2018 to make medicinal cannabis more available and affordable, though products have to meet certain health and safety standards before they can hit the market after regulations were put in place at the end of last year.

The referendum on October 17 is about the personal use of cannabis, but proponents have argued that a "yes" vote would also see cannabis used more widely for medicinal purposes.