After celebrating at home with a glass of bubbles, the winner tucked his winning ticket in his wallet until he claimed his prize at Lotto NZ's Auckland head office on Monday. Photo: File
New Zealand's newest millionaire says it took some convincing before his wife believed they had just won $12.3 million.

"When I told my wife she thought I was kidding… I had to convince her that we had won," the Auckland man told the Herald last night.

The lucky winner, who wishes to remain anonymous, said he usually picks up a Lotto ticket when he's "out and about". This time it was at the Hylite Dairy in Grey Lynn.

"I was in the area over the weekend and just popped into the dairy – I'm very glad I did. I just play random numbers on a Triple Dip ticket.

"I saw online on Saturday night that Hylite Dairy had sold a winning Powerball ticket and immediately decided to check my ticket – after all, it's not too often you see the store you bought your ticket at come up as having sold a big winner," he said.

"I was absolutely stunned when I saw all the numbers lined up on my ticket – I was blown away."

His mind still racing, the winner immediately told his wife the good news.

"I turned to my wife and said, 'you won't believe it – we've won Powerball!' And you know what, I was right – she didn't believe me at all," he laughed.

"We sat there together checking our ticket against the results on MyLotto over and over again, until eventually we were both satisfied that we weren't seeing things – we really had won $12.3 million!"

After celebrating at home with a glass of bubbles, the winner tucked his winning ticket in his wallet until he claimed his prize at Lotto NZ's Auckland head office on Monday.

With the winnings now safely in their bank account, the couple said they are looking forward to the future.

"This win is absolutely incredible and will make a big difference to our family."

They are yet to decide on what big ticket items they might splurge on first.

"We have one or two ideas, but haven't made any plans yet. We're taking things one step at a time."

In the meantime it's business as usual when it come to their jobs.

"We're going to continue working – I was back at work (yesterday) actually. We really want to take some time to work out what we want to do with our winnings, to help make sure our family is set up for the future. That's the main thing for us. We are absolutely thrilled and want to make the most of it."

This is the tenth time Powerball First Division has been struck so far this year, and the second time in just three weeks that an Auckland player has taken home a big win with Powerball. 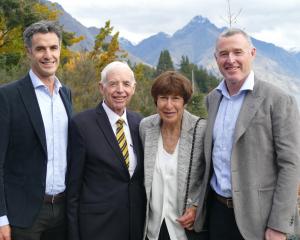 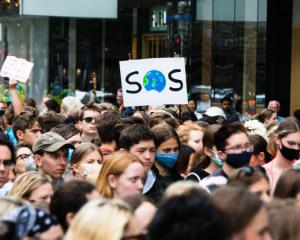