The National Party wants Kiwis returning home from overseas to have tested negative for Covid-19 before being allowed in.

Leader Judith Collins released the party's border policy this morning, which includes mandatory use of contact-tracing technologies - such as the Covid Card - for all overseas arrivals, border-facing workers and DHB staff who treat or test patients.

The Herald revealed this aspect of the policy this morning, and the Government has just announced a pilot of the Covid Card for staff at managed isolation facilities.

The idea has previously been floated by Otago University epidemiologist Professor Michael Baker as a way to get a head start on contact-tracing in the event of a future outbreak. 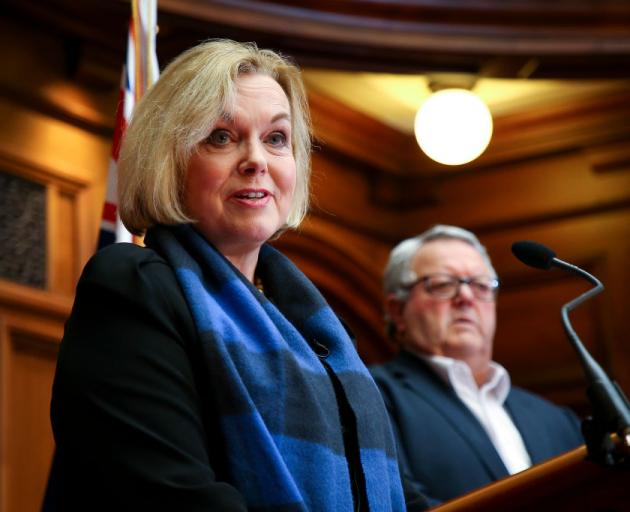 National Party Leader Judith Collins. Photo: Getty Images
Speaking this morning, Collins said the need for heightened border management was underlined by the Government's failures over testing, and need to be in place for years given the nature of the global pandemic.

National also wants a new Border Protection Agency to oversee management of Covid-19 at the border, which would be accountable to a dedicated minister.

"The current ad-hoc system of managing Covid-19 at our border – putting various agencies in charge of different facets – has led to a disorderly and confused response," Collins said.

The agency would be in charge of the criteria for people - including foreign workers and students - coming to New Zealand.

National would also require people travelling into the country to sign a health declaration and provide evidence of a negative test before arriving.

They would still have to spend 14 days in quarantine or managed isolation, and be tested on day three and day 12.

Thermal imaging would be set up at points of entry to prevent people escaping, and workers in contact with overseas arrivals would have to be tested weekly.

• Rapid deployment of Bluetooth applications to enhance contact-tracing while also exploring alternative technologies, such as a Covid Card.

• A target for a waiting time for Covid testing of no longer than 60 minutes.

• Regular testing of aged-care workers and increasing opportunities for testing within aged-care facilities.

The announcement comes as the Government is on the back foot over the implementation of its border control measures, with Prime Minister Jacinda Ardern disappointed with the slow progress towards the regular testing of border-facing workers.