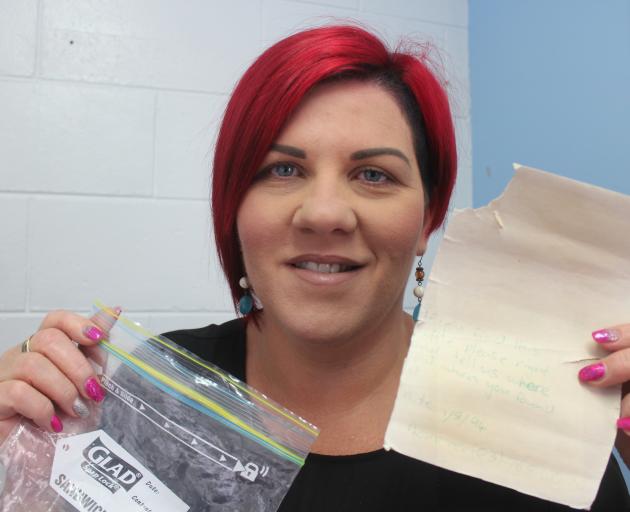 Greymouth's Leah Mead with the message her brother Ryan put in a plastic coke bottle 25 years ago, and threw out to sea. Ms Mead's brother died at work in March. Photo: Greymouth Star
The Mead family of Greymouth has received a touching surprise - a message in a bottle which was thrown out to sea 25 years ago.

Ryan Mead, who died in March, was about 13 when he put the note into the plastic bottle.

The note Ryan wrote said: "If you find the bottle, please right [write] and tell us where you found it."

The bottle was found on Camerons Beach, near the mouth of the Taramakau River, last week.

Levi Johnston was collecting rubbish and it was the only bottle he came across not filled with water.

"When I picked it up I saw something in it and realised it was a note. I tried to prise the note out but it, obviously being old, it started crumbling, so I cut the bottle open.

"I read the note and it had a telephone number."

Mr Johnston rang the number, spoke to Ryan's parents and returned the note to them.