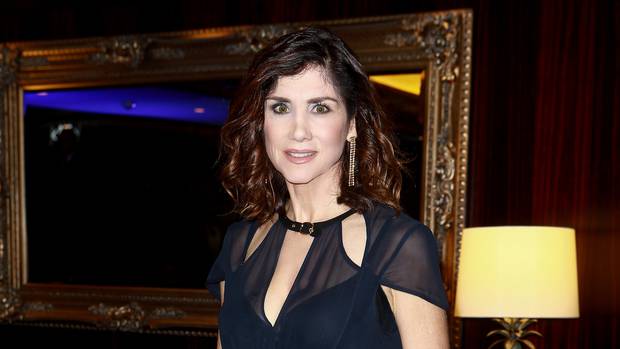 Janet McIntyre pictured at the Voyager Media Awards in May 2018. Photo: Norrie Montgomery
Award winning television journalist Janet McIntyre has been accused of drink driving and was allegedly more than four times the legal limit.

The 58-year-old denied the criminal charge when she appeared briefly in the Auckland District Court today.

The former TVNZ reporter stood silently in the dock as her case was discussed between her lawyer, defence barrister Marie Dyhrberg QC, and Community Magistrate Jan Holmes.

Dyhrberg entered a not guilty plea on behalf of her client, who faces one charge of drink driving on February 28 this year.

According to a charging document viewed by the New Zealand Herald, it is alleged she drove on Redmond St in central Auckland and blew 1012 micrograms of alcohol per litre of breath.

McIntyre – the 2019 Voyager Broadcast Journalist of the Year – was remanded on bail to appear again in August.

Under New Zealand law, the legal limit for an adult over the age of 20 years is 250 micrograms of alcohol per litre of breath.

If someone is found to have driven with a breath-alcohol level that exceeds 400mcg, they can be jailed for up to three months or fined up to $4500.

If a person returns a reading between 251-400mcg of alcohol per litre of breath it is dealt with by way of an infringement fee and demerit points. No criminal conviction is pursued in those instances.

On behalf of her client, Dyhrberg declined to comment when approached by the Herald after today's court appearance.

Court staff confirmed there were no suppression orders for the case.

In an earlier statement to the Herald about McIntyre's departure from her role at TVNZ, a spokeswoman had said McIntyre had resigned for "personal reasons" but she declined to comment on the court matter today.

McIntyre had been at the part-public broadcaster since it purchased the 60 Minutes programme from TV3.

The show was later rebranded into the Sunday current affairs programme.

During her tenure with the programme, McIntyre was named the top TV journalist in the country twice - both at the 2005 Qantas NZ Film TV Awards and at last year's Voyager Media Awards.