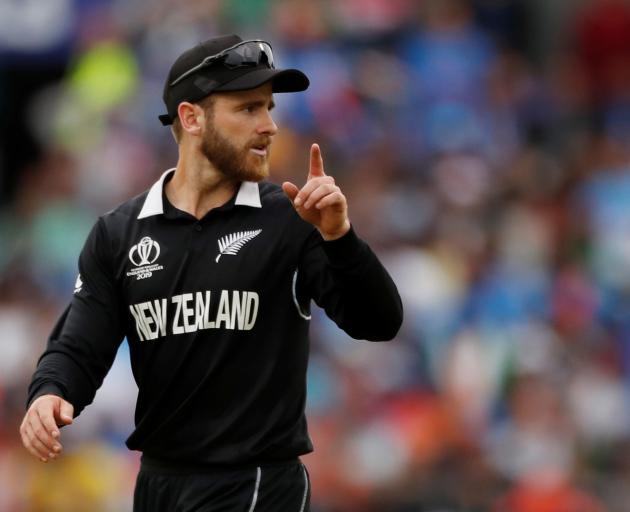 Crowds will be banned from Australia's one-day series against New Zealand with the series to be played behind closed doors because of coronavirus.

Cricket Australia took the drastic step on Friday, just hours before the series opener at the SCG.

A women's tour of South Africa for next week has also been abandoned, making it the first major international cricket series cancelled since the outbreak of the virus.

Cricket Australia confirmed that all fans who purchased public tickets are eligible for a full refund.

"We believe this is the right decision to minimise the risk of public exposure to the coronavirus, which the World Health Organisation declared a global pandemic on Thursday," said Cricket Australia chief executive Kevin Roberts.

A decision is yet to made whether the Black Caps' Twenty20 series against Australia in New Zealand, scheduled for later this month, will go ahead.

The New Zealand Herald earlier reported all prospects were discussed at a meeting of players and management overnight as preventative steps are taken to counter the spread of coronavirus.

Meanwhile, Black Caps captain Kane Williamson is hoping the cricketing lessons learned from their last trip to Australia prove profitable as his side begins their three-match ODI series.

Williamson was at the helm as the Black Caps were walloped 3-0 in their test series against Australia over the summer, and now faces a similarly difficult challenge, with New Zealand having never won an ODI series in Australia, and winless in all formats since their famous test victory in Hobart in 2011.

However, he's hopeful their tough test experiences will have a payoff, albeit it two months later, in the 50-over format.

"When you lose, and particularly when you get exposed in such a large way, it's not just the conditions [at fault]," Williamson said.

"Aussie are one of the top test teams in the world, and are particularly clinical on these surfaces. But when you do get exposed like that, it provides some of the best opportunities to learn and take a look at yourselves — as individuals and as a team. Despite them teaching us a lot of lessons and it not being ideal, it's also a great opportunity to learn and grow.

"We had a couple of tests at home where we took some steps in the right direction which was great, but with it being a different format, there's a number of different things to focus on. That's what we're looking to do in these games — building on recent performances. It's really important to play smart cricket because it's obviously a little bit different [playing] here.

"It's nice to be back here in Australia, it will be a tough challenge, but coming off a good series against India it's important that we adjust to the conditions and the opposition."

The first match this afternoon at the Sydney Cricket Ground could cause some difficult selection decisions for Williamson and coach Gary Stead, though likely only when selecting their bowling attack. While the returning trio of Trent Boult, Matt Henry and Lockie Ferguson would be the most likely seam bowlers, the spin-friendly SCG — and a wicket with limited grass on it — could see the Black Caps play both Mitchell Santner and Ish Sodhi.

"It's horses for courses — trying to put out the best team suited to that. The one-day side's been tracking nicely but you don't look back too much on past performances because the conditions when you play other sides can vary so much," said Williamson.

"Mitch is one of the best white ball spinners in the world so for him it's just adjusting his game back to white-ball cricket — he's a large part of our team and our bowling attack. Throw in Ish Sodhi as well as another option — a couple of strong spinners in our squad that might get a go on this surface."

Williamson was also quizzed on the coronavirus concerns sweeping sport, but expects the games to go ahead.

"We've had a number of emails from medical staff back home and the upkeep of good hygiene. It's a concern all around the world and a lot of countries are affected a lot more at the moment, but nobody's exempt and it seems to be travelling the globe so it's something we need to be very cautious of," he said.

"There's a lot of uncertainty going on with large crowds, hopefully it's no issue here in playing these games. Obviously it's being taken incredibly seriously, and rightly so."