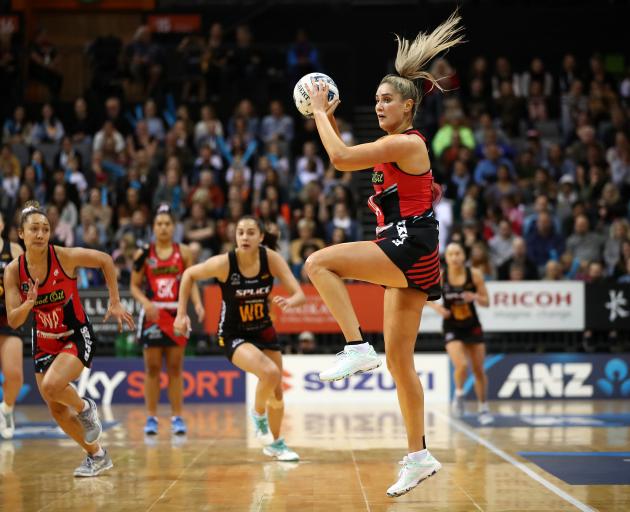 She has played plenty of games at Stadium Southland, and has beaten the Central Pulse twice before in finals.

And in the second of those she hit the winning goal in the dying seconds to complete a remarkable comeback.

Of course, all that came in a Southern Steel dress.

This time, she will wear the goal attack bib for the Mainland Tactix in the ANZ Premiership final.

Her move to Christchurch this year has helped the side into its first final.

Standing in its way is the defending champion Central Pulse, which has topped the table for the third consecutive year.

It will be the Pulse’s fourth final — having featured every year since the competition’s inception.

Having been there before, Selby-Rickit knew it would be a tough game and was excited for the challenge.

"This is still really exciting for me. It’s just as exciting as the other ones," Selby-Rickit said.

"Every game is tough, every final is tough.

"The Pulse are such a quality side — they’ve got strength in every area of the court.

"We had a pretty good win against them a couple of weeks ago, but they were missing a couple of key players, so that’s probably not much to go by.

"But I think it’ll be a really good game. Finals games are always exciting."

She had enjoyed her move to Christchurch, having sought a change after spending a decade in Dunedin.

Developing connections with new players had been a good challenge, while living two minutes from training was also a bonus after years of driving to Invercargill.

She had only played one game at her new home, though.

Like the Steel, the Tactix travelled to Auckland for the majority of the league following the Covid-19 adjustments.

In some senses the final in Invercargill — which prior to the latest heightened alert levels was to host a finals weekend with all the teams — may be more a home game for her than in Christchurch.

"I’ve definitely played quite a few games on that court. It’s pretty familiar for me, so I’m excited to be back down there.

"Obviously, I haven’t played down there this year.

"It’ll be really cool to be back down south and catch up with a few friends and have a few family members in the crowd — even though the crowds are limited, hopefully we’ll be able to get a few people in there."

The Pulse will be at full strength, having been without Ameliaranne Ekenasio and Maddy Gordon in its last outing.