New Zealand's most capped netballer Laura Langman will be remembered as one of the game's greats having called time on an illustrious international career with the Silver Ferns.

The 34-year-old hangs up her Silver Ferns bib with 163 test caps and steps down having won all major netball titles, including last year's Netball World Cup.

Langman, who captains the Sunshine Coast Lightning in this year's Australian league, said it was now time for a new adventure.

"When I look back at my time with the Silver Ferns – the friendships and relationships with players and coaches there are so many outstanding memories," she said.

"The honour of pulling on the black dress and wearing the Silver Fern was as strong in my 163rd test as it was when I was handed my first cap in 2005. It's a privilege that I have absolutely loved."

The dynamic midcourter, renowned for her high work ethic and never-say-die attitude, made her international debut against England in 2005 at just 18 years old.

Langman went on to set an enviable record of an incredible unbroken run of tests since her first appearance.

After an 18-month absence from the international game, she returned to captain the national side in 2018 and led the Silver Ferns to victory at the 2019 Netball World Cup in Liverpool. 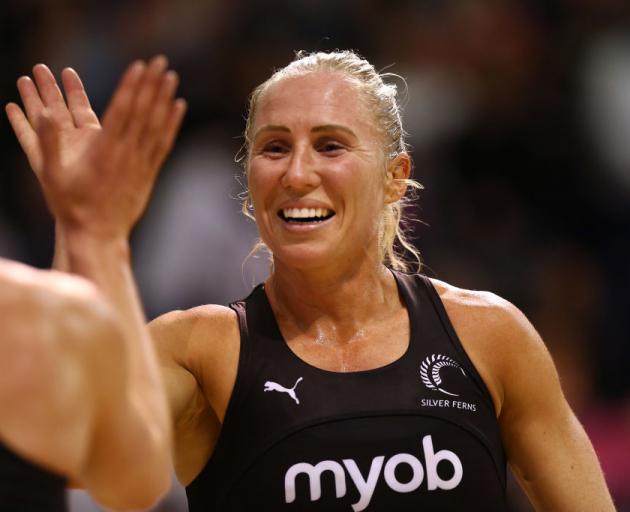 Langman also paid tribute to long-time coach and mentor, Dame Noeline Taurua, who guided her through her step up to elite netball.

"I was with Noels at the Magic as a teenager and she has played such an important part in my netball career," she said.

"She has been a mentor throughout and it was incredibly special to finish my time with the Silver Ferns with Noels at the helm."

Taurua, who also coached Langman at the Lightning, said the midcourter was one of the game's greats.

"I've known Laura since she was 15 years old and I have seen her grow as an athlete, netballer and as a person. It has certainly been an honour to be part of Lauz's life for so long. I am in debt for what she has given me personally, and how she has always been a supportive figure in my coaching career.

"She was fearless on court, set the bar with her work and training ethic and is a tough competitor who displays an iron will to win. She is well respected around the world and has been a marvellous servant of our sport.

"It was fitting to see her end her international career on top of the world championship podium, and to be standing there with her is something I will always cherish."

"I want to thank Laura for her outstanding service and dedication to netball in New Zealand and congratulate her on what has been a truly remarkable international career," she said.

"We respect her decision to step down from the Silver Ferns and wish Laura well in her next adventure."

Domestically, she was part of the Waikato-BOP Magic side which won the transtasman league in 2012 as well as an Australian league title with the Lightning (2017).