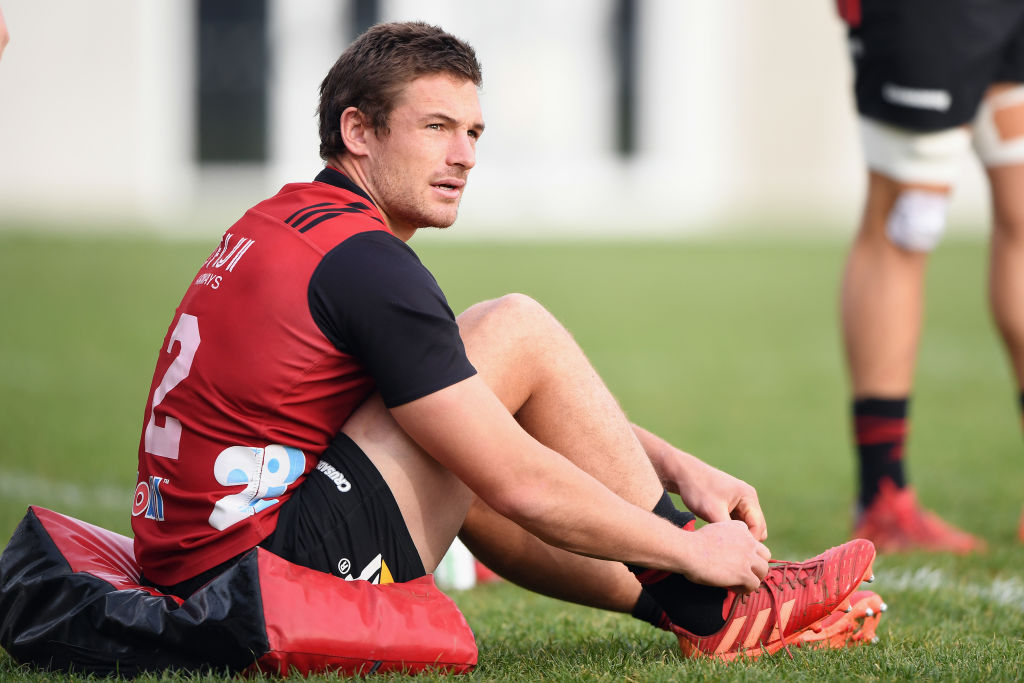 George Bridge during a Crusaders training session at Rugby Park earlier this month. Photo: Getty Images
Crusaders fans will get to see their team in the flesh for the first time since lockdown on Sunday afternoon when they host the Chiefs.

The lockdown and the cancellation of the regular Super Rugby season meant Christchurch has only hosted two games so far this year.

Crusaders boss Colin Mansbridge said 13,000 seats have already been sold at the 17,000 capacity Orangetheory Stadium and he was confident the remainder would be snapped up by their rugby-starved fans.

"The best seats have gone but there are still some available and you know quite often we can sell later. And I think people in Christchurch, especially with the Crusaders, can be a little bit complacent sometimes.

"But yeah, I think it's time to get on and buy a ticket if you haven't got one yet."

Mansbridge was hoping the early 3.35pm kick off would encourage plenty of families to come along.

"There's a lot less club sport on during that time of the day so the Sundays' a little bit freer.

"And so we've just noticed across the super comp, that on the Sunday afternoon there's a lot more excitement and you can get home at a reasonable hour and not necessarily have to walk through a chilly evening."

And it wasn't just this weekend's match that was attracting a lot of interest, with 10,000 tickets already sold for the home clash with traditional rivals the Blues, happening in two weeks. 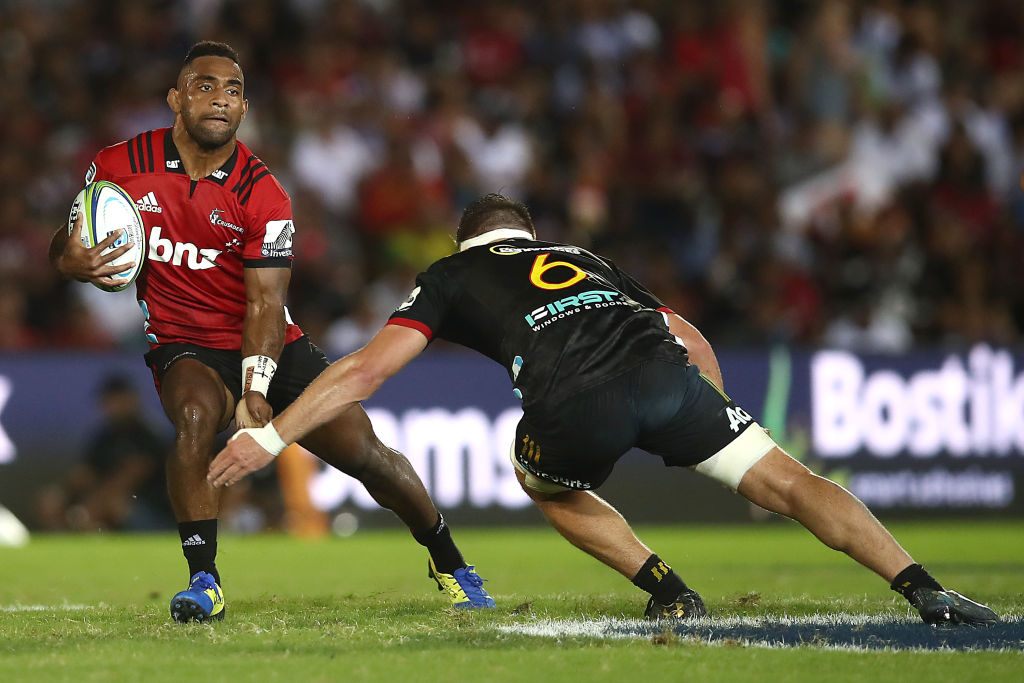 Sevu Recce taking on the Chiefs in June last year. Photo: Getty Images
Mansbridge said the ticket sales were a sight for sore eyes, with all Super Rugby franchises left licking their wounds after a massive cut in gate takings due to lockdown.

For those venturing outdoors to support their team on Sunday the weather was looking a lot better with rain forecast to clear in the morning to a fine afternoon and 14C.