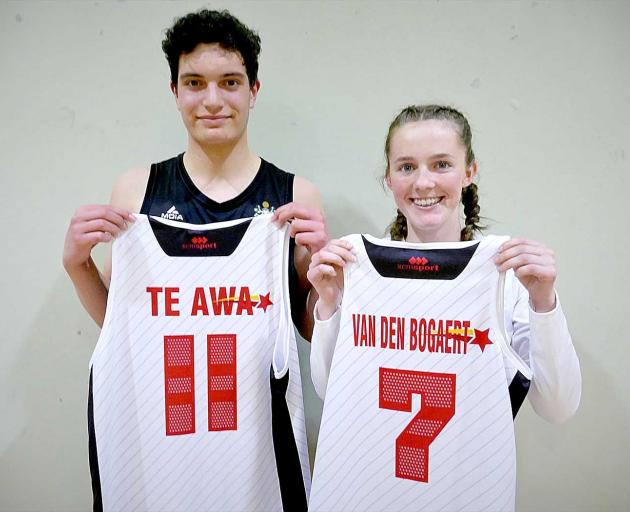 Middleton Grange players Trey Te Awa and Katie van den Bogaert will play in the Canterbury high school all-star game at Horncastle Arena on December 20.
The best secondary school basketball players in Canterbury will get their chance to impress in respective boys and girls all-star games before the New Zealand Breakers game at Horncastle Arena next month.

The Breakers will host the South East Melbourne Phoenix on December 20.

Organiser, Joe Hammond said the plan was to split the squads into two even teams to produce two even encounters.

“It’s been a couple of years since the game was held, but I think it’s a great way to recognise the effort and achievements of the players throughout the season,” Mr Hammond said.

There are also plans to livestream the two games.

“The Breakers have said the team will try to watch the concluding stages of the games so hopefully it will give the kids a big buzz.’’