0 Comments
A Canterbury sheep called Burt has shot to TikTok fame, with one of the two-year-old Romney's latest videos amassing more than seven million views.

Abraham said Burt was a very special sheep whom she had raised since he was a lamb.

"My partner Tom works on the farm we live on and he brought him [Burt] to me one day because he had lost his mum and all the other lambs had already left the farm and there was this little newborn just floating around with no home to go to," Abraham said. 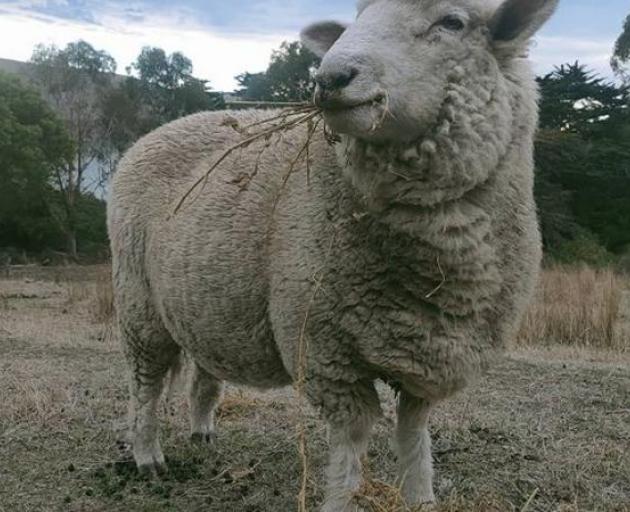 Burt the sheep has won the hearts of his owners. Photo: Supplied
When Burt started doing funny, quirky things, such as acting like a dog, she started filming him. Burt's TikTok profile now includes videos of him frolicking through the house, sleeping on the couch in front of the fire and getting into the neighbour's rose garden.

"My sister told me I should start him his own TikTok ... I did and it went a bit crazy."

The secret to Burt's success was partly down to the fact that people were not used to seeing sheep hanging around the house, but his personality was also a major factor, Abraham said.

"Burt's also quite a character, I live on a farm with a lot of sheep, but there's something different about Burt."

During the recent drought in the area, Burt's social media presence declined because he had to be shifted to a paddock further away to ensure he could get enough food, she said.

"Now that it has started raining again, we've brought Burt closer to the house again ... so I just started re engaging with his, with his followers again, and his most recent video just went crazy."

She hoped some of his future work on social media could help promote the wool industry.

"Apart from that it's just about making people laugh, I love sharing Burt with the world, and I'm glad people enjoy him and love him as much as I do."