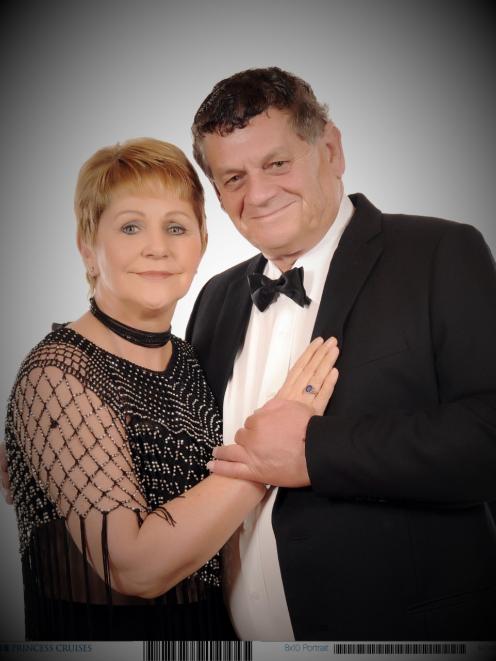 Originally from Karamea on the West Coast, Horncastle and wife Maureen ran Pavilions Hotel on Papanui Rd for almost 30 years.

She led the tributes for the 70-year-old, after Horncastle succumbed to prostate cancer last Tuesday.

“He was one of life’s unpredictable characters. What an eventful life, we never knew what was next. As we say, he had no filter. So envious for you to see our Shelley, I’m sure she’ll be waiting with your mum and dad,” she said.

The couple were rocked in 2001 when their daughter, then aged 30, was diagnosed with an aggressive form of breast cancer while Horncastle was serving as general manager at the hotel.

She died the following year.

Another daughter, Deborah, also expressed her grief for Horncastle before he was farewelled at the St Andrew’s College chapel on Saturday.

“He was strong and fought so hard to live,” Deborah Rollinson said.

“We are so proud to have him as our dad, husband, grandfather, brother and uncle,” she said.

“He was loved by so many and is a character that will leave a hole in our heart and lives forever and he will never be forgotten.” 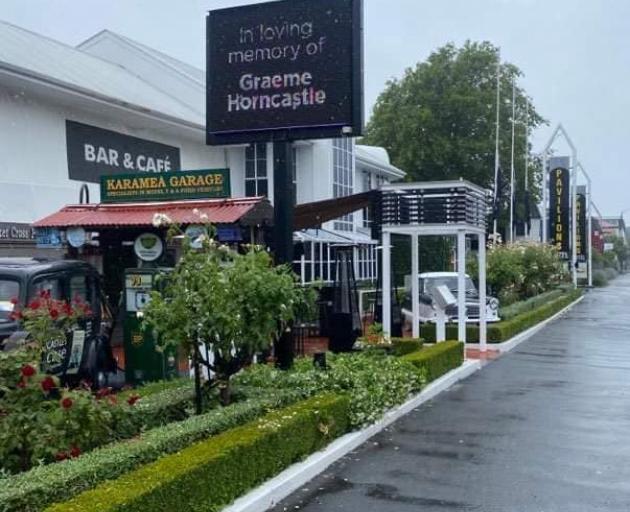 A sign at Pavilions Hotel records the passing of colourful owner Graeme Horncastle. Photo: Supplied
Graeme and Maureen Horncastle, who were married more than 50 years, took time out from running the 92-room hotel while coming to terms with Shelley’s death.

They returned to Christchurch in 2007 with Deborah a year later.

Horncastle, who previously owned and operated hotels on the West Coast and in Nelson, struggled with mental health issues and depression after Shelly’s death but was revitalised after being urged to write, a diversion that produced two books.

“I lost the plot after losing Shelley. I slowly got back but it was hard work,” he told Latitude magazine last year.

“The family encouraged me to put my thoughts down on paper and soon I was writing to 3am.”

He self-published Horncastle’s Suitcase, based on historic family documents, then Horncastle’s Hero or Hellraiser, where the characters are evident today in the hotel’s eclectic museum, Kiwiana courtyard and Jimmy’s Bar, named after his father. 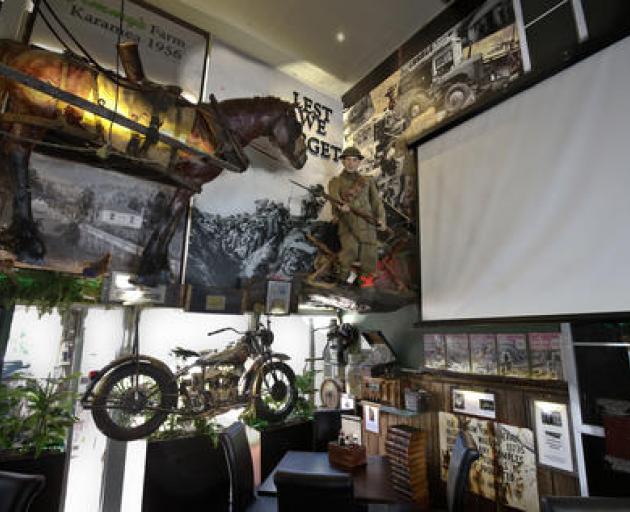 Graeme Horncastle collected an impressive array of military equipment and images which he put on display at Pavilions Hotel. Photo: Supplied