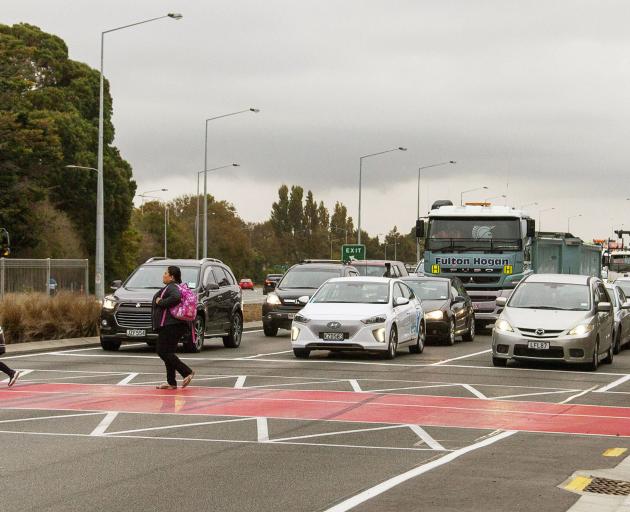 The Star revealed last week NZTA is investigating a $40 million project to install special lanes for large vehicles - like trucks carrying freight - on Brougham St, which is used by 45,000 vehicles on average a day.

NZTA had not contacted the school about the proposal before the article was published, causing board of trustees chairwoman Jo Robertson to raise concerns about the danger this could pose to pupils crossing the road on which the school is located.

Large vehicles like trucks use the road often and there have been a number of near misses close to the school, including on one occasion about seven weeks ago, when Robertson’s son narrowly avoided being hit by a truck crossing at traffic lights.

The school has been asking for safety measures near the school for about two years. Some have been installed, but Robertson wants more to be done.

Robertson received a phone call from an NZTA staff member on Thursday, soon after The Star’s article was published.

When asked if the story was what prompted NZTA to contact Robertson, a NZTA spokesperson said: “Yes, we wanted to make sure the chair of the Addington School board of trustees knew the timetable for consultation on this project that was communicated to them and the community board last year.”

Robertson was told NZTA would consult the school before the proposed project begins and throughout it.

But, the spokesperson said: “This was always the case.

“Mostly our staff member listened to Jo’s concerns. Plus she went over the timetable and reiterated that safety for school pupils and vulnerable members of the community was our priority.”

Robertson said she will hold NZTA to its word on this. She hopes the school will be able to give feedback on the proposal before its design starts, rather than after its finished.

“I have to take them [NZTA] at their word, but we will keep talking to them. We’ll see.

“I think by taking the concerns or the ideas of the people that learn in the area, you hope that what you end up with is a better plan for the transport infrastructure. [If] you’re consulting with people on the ground who know the area and know the concerns, what you should end up with is something that’s much better for the well being of the community.”