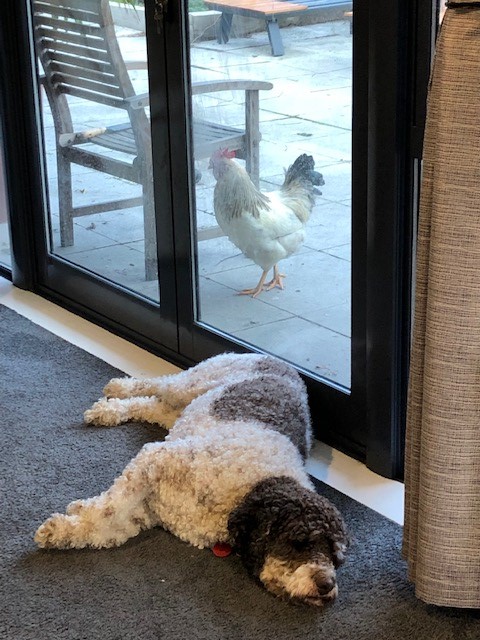 Ziggy the “guard dog” was out of action after surgery when Tony arrived. Photo: Supplied
Tony the rooster’s bid to rule the roost in a quiet Christchurch neighbourhood has come to an end.

“He was rather large and confident, and very quickly made himself at home, digging up the lawn and hiding in the bushes,” McTear said.

“He was all feather, talons and large beak with a bright red comb.” 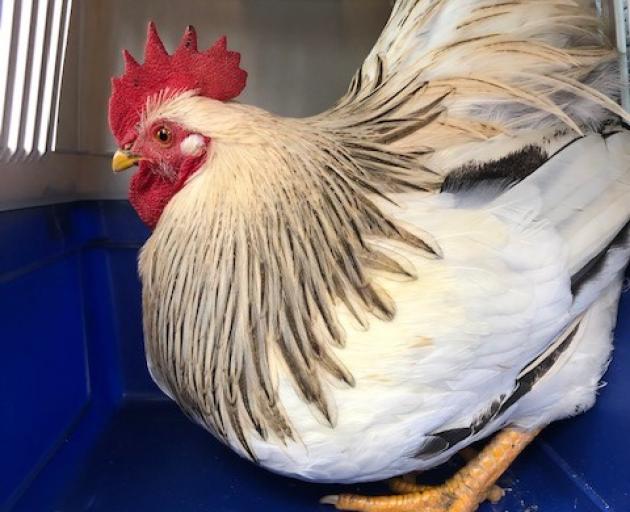 Tony the rooster. Photo: Supplied
The McTear family’s “guard dog”, Ziggy, who likes to patrol the garden, was out of action recovering from surgery, allowing Tony to take full advantage of the situation.

Over the next few days, McTear and his sons, Oliver, Jamie and Leon, attempted to catch Tony.

But he was quite the escape artist, managing to evade their clutches and fly over a fence to terrorise their neighbour.

“He was incredibly quick and able to escape through gaps that seemed impossibly small,” said McTear.

“An hour or two later, he’d appear at the door or window and taunt us or the dog. Sometimes he’d just sit in the neighbour’s gutter and glare.” 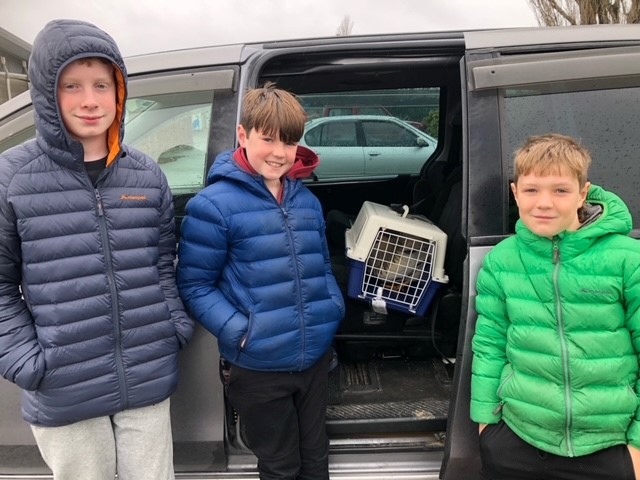 Oliver, Jamie and Leon captured the rooster. Photo: Supplied
Ziggy eventually took an interest, wandering over to see what all the fuss was about.

When he saw Tony, Ziggy would chicken out from his guard duties.

A post on the community Facebook page failed to trace Tony’s owner. The McTear backyard had become his new home.

Each morning last week, Tony woke up the family and neighbours at 5.20am.

Finally, Tony was captured last Thursday, after McTear, his wife Tina and three sons, armed themselves with blankets, fishing nets, bread and a cat carry cage.

“It was a team effort,” McTear said.

Tony was dispatched to the SPCA, where he is being put up for adoption.

“Staff said he was quite grumpy on arrival,” said McTear.

He said his sons asked for KFC on the way home.

“We didn’t have a problem with that,” he said.

“On Friday we all had a great sleep in.”