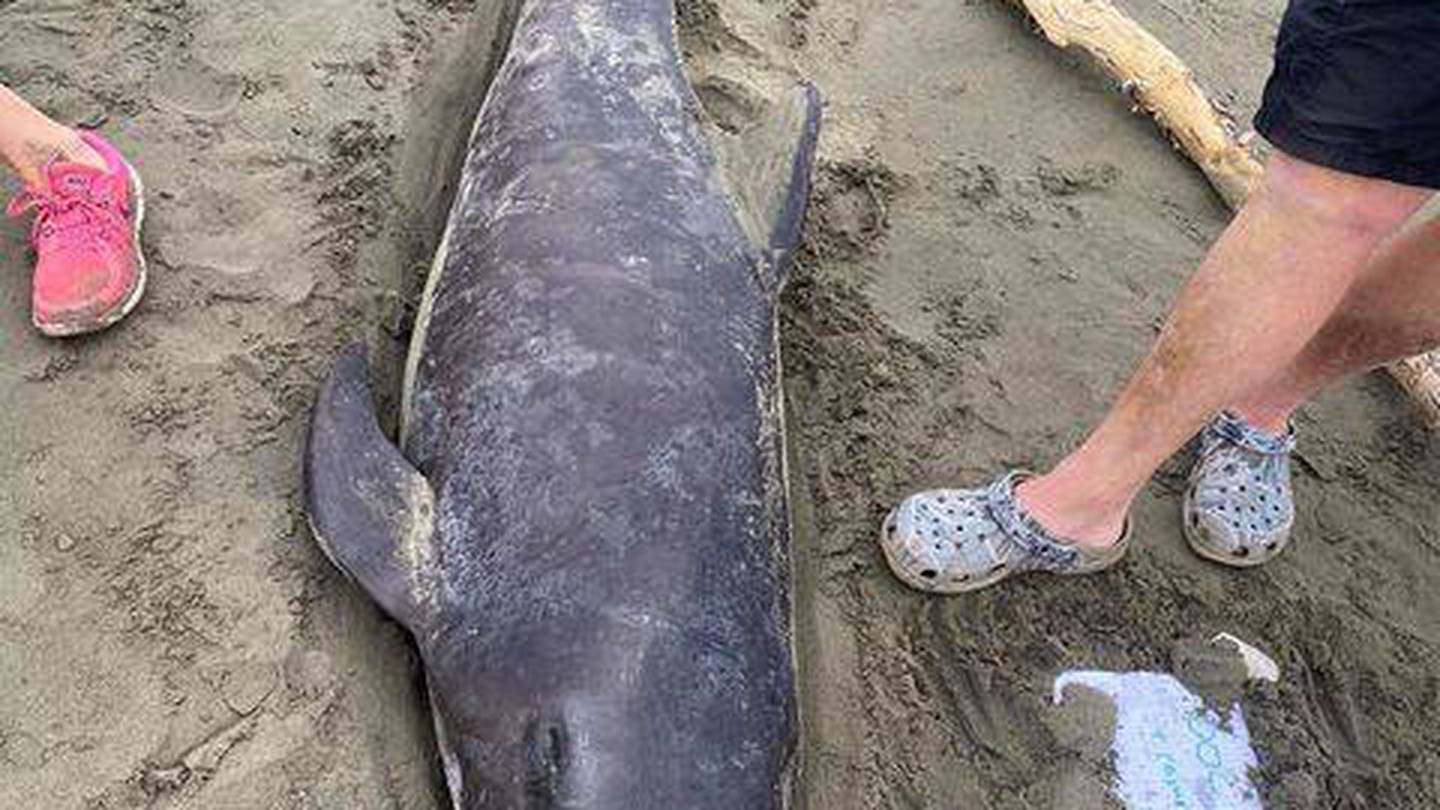 Project Jonah general manager Daren Grover said the species is well known for mass strandings and it could happen again.

"The species is known to live in pods. While we're not expecting it, experience tells us there will be others.

Grover said there was a mass stranding of several hundred of the whales in 2017.

A post on the charity's Facebook page alerted its volunteers to the whale washing up on Waimairi Beach on Thursday.

"Fetal folds are still visible meaning the animal is most likely less than six-months-old. The calf looked to be in a relatively healthy physical condition with no obvious scars and injuries."

The Department of Conservation and Ngāi Tahu are on site preparing for a burial, the post said.

Grover said anyone who comes across a beached whale, dead or alive, should contact the Department of Conservation immediately.

"The people that came across this whale were very, very clever. They had to leave but left a note saying 'DOC has been contacted', which meant other people who saw it wouldn't panic."

He said this is a reminder to the public to keep watch for whales.

"In summer, we get species migrating or coming close to the shore. We get many different species here in New Zealand.

"If you see one, don't panic, reach out and ask for help."